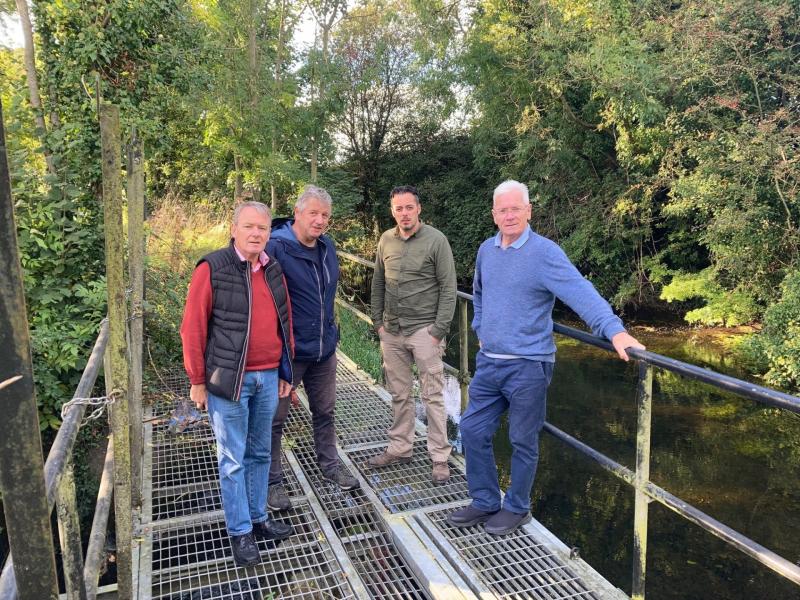 Water levels have dropped significantly in the Grand Canal throughout this year to a point which has led to a call for action to be taken.

The issued was raised by local Sinn Féin representatives in relation to the Barrow line which is the stretch from Monasterevin to Athy and going through Vicarstown was particularly badly affected.

Sinn Féin TD Brian Stanley and the party's Municipal District representative for the area Cllr Aidan Mullins are calling on Waterways Ireland (WI) to carry out works to address this problem.

“The problem has continued for most of this year," claimed Dep Stanley.

"Water levels dropped over 2ft. and this has caused problems for boats and barges using the canal, with propellors and other parts getting damaged. At times water levels were just too low to keep vessels afloat.

"This has had a very damaging effect on tourism and has also affected local barge owners due to boats constantly getting caught on the floor of the canal," he said.

He said the waterway's importance is not been recognised.

“The Grand Canal is essential to Laois as an amenity and a tourist attraction. This Canal is over 200 years old and is very important from a heritage point of view. At present, significant funding is being spent putting on Blueway paths adjacent to the canal.

"However, the maintenance of the canal itself is not been given the required attention. We have raised this in a Dáil Question with Minister Darragh O’Brien and we have also contacted the CEO of Waterways Ireland John Mc Donagh. While we are informed that they have now fixed a significant leak in the Canal and done some weed cutting, other works are badly needed. WI has been pumping water into the canal as a temporary measure, but more long term sustainable works are required.

“Local users of the canal in Vicarstown showed us at first hand where remedial works are needed. In particular, The Annanough Weir must be repaired as a lot of the masonry and stonework has disintegrated, along with remedial works along the supply channels to ensure that there will be sufficient water supplies. Also, WI needs to remove the weeds along the Barrow line to allow boats to navigate safely.

"We will continue to pursue this with WI and Cllr Mullins is raising this matter with Laois County Council to get support for the necessary works to be concluded as soon as possible," concluded the TD.

Dep Stanley visited The Annanough Weir, which is a supply channel to the Canal, with his party colleague and Philip Crean, Sean Murray.

Investigations continue into allegations of sexual assault in care home