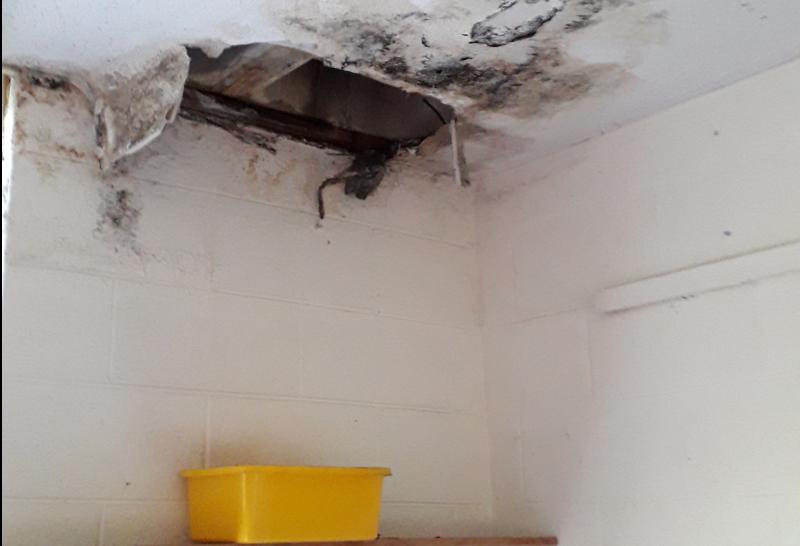 A plan to upgrade an Abbeyleix school may not be enough to fix the problems which includes the replacement of the roof, a Laois Offaly TD has claimed.

Sinn Féin TD Brian Stanley issued a statement in response to news that the Department of Education will not build a new home for Scoil Mhuire NS in Abbeyleix. Instead the 1983 building which has numerous problems is slated for the new Energy Pathfinder Programme for schools.

Dep Stanley says the commitment to do something is welcome, it may not be enough.

“While the proposed works on Scoil Mhuire Abbeyleix are welcome they may not be sufficient due to the extent of works required on the building.”

“The news of an energy upgrade and improving insulation is an old proposal from the Department of Education and has been floated by them as far back as two years ago. In reply to a Dáil Question that I submitted in September the Minister outlined that Scoil Mhuire is a candidate for these works.

“However, the problems with the building are so extensive that much more substantial works maybe required. An engineer's report commissioned by the school stated that “complete reroofing is necessary” and outlined a list of major upgrade works required to bring it to a minimum standard.

“I have raised this consistently with the Minister and the Department and the upgrade of Scoil Mhuire continues to be a priority for me," said the TD.

The written reply to Dep Stanley from Minister Norma Foley said that the school has since been identified as a possible candidate for the Energy Pathfinder Programme to undergo extensive fabric upgrades to improve the energy performance of the building and the installation of renewable energy solutions.

Laois Offaly Ministers Seán Fleming, Pippa Hackett alongside Government TD Charlie Flanagan confirmed this week that the school had been selected for retrofit as opposed to a new build.

The school met Minister Foley in 2021 to outline the problems which include electrics, insulation, sewage along side the roof. The 1983 buiding had a 30 year lifespan. Minister Foley was told at the time that a patchwork solution would not work.