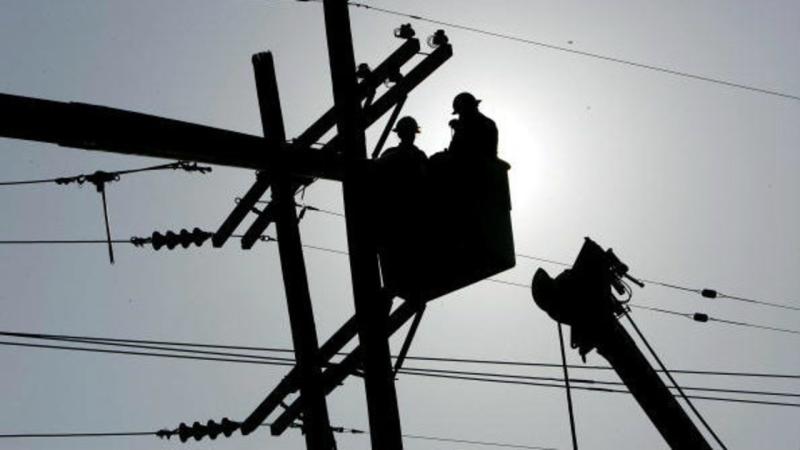 Substation being built at Coolnabacca part of a €110 million spend

The ESB insists that is not breaching any conditions of the planning permission to build a large electricity substation in Laois and there is no evidence that the water supply is threatened  by the build.

The power company was responding to claims by county councillors and a local residents group that the site should be inspected by Laois County Council who in turn should shut down the site due to non-compliances with conditions of the planning permission granted in 2014.

The State owned company issued a statement to the Leinster Express about work on the Coolnabacky site near Ratheniska and Timahoe.

"There is no objective evidence for any claim of destruction of water supply, which has been exhaustively examined.
ESB takes its responsibilities to its workers and contractors seriously, who have now been blocked from accessing the site a number of times by members of the protest group.

"At all times, ESB and EirGrid have acted in good faith and have engaged fully with the community and sought to address any issues raised," it said.

The company also took the opportunity to explain why the €110 million substation is needed.

"The Laois/Kilkenny Reinforcement Project is a vital project in terms of strengthening the electricity network in Ireland, which is essential in order to facilitate the development of the county and wider region for the overall benefit of its communities.

"EirGrid proposed the project to address problems related to the quality of supply across Laois, Carlow, Kildare and Wicklow and a security of supply issue that affects County Kilkenny. These problems are caused by weaknesses and a lack of reliability on the transmission network across the region as a result of continued growth in demand for electricity. The problems are starting to become critical," it said.

The substation has been fought for more than a decade by residents who are members of the Ratheniska Spink Timahoe Action Group. They claim the project threatens the water supply for up to 25,000 people due to the storage of 300,000 litres of oil on the site.

The issue was raised on their behalf at the most recent meeting of the Portarlington Graiguecullen Municipal District meeting where Cllrs Padraig Fleming, Aidan Mullins, Aisling Moran and Ben Brennan called for work to stop on a number of grounds.