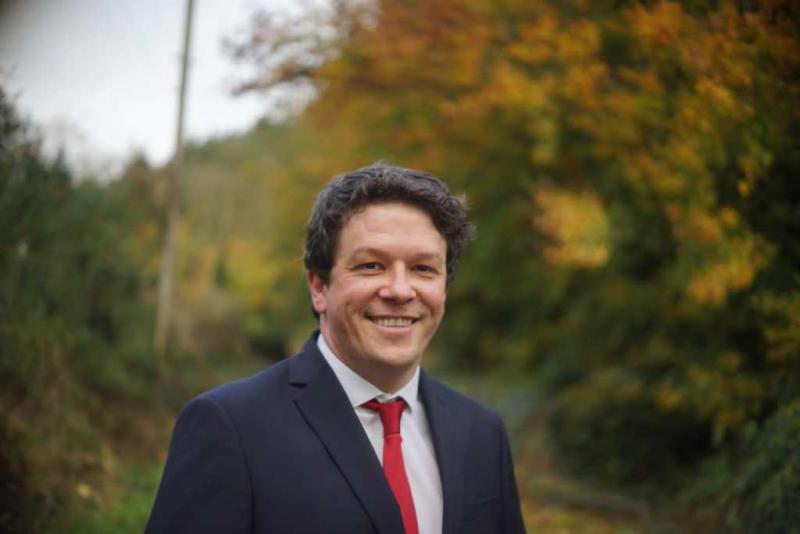 A Labour Party Area Representative in Laois is aiming to replace Ivana Bacik in Seanad Éireann as a representative of Trinity College Dublin graduates in Leinster House.

Mr Eoin Barry, a Wolfhill native, has announced his intention to run in the upcoming by-election cause by Ms Bacik's election to the Dáil.

“Today I’m confirming my intention to run in the upcoming Trinity by-election," he said.

The social worker and family therapist, who lives in Killeshin near Graiguecullen on the Carlow border, explained what motivated him to run.

"The last two year have been very difficult on people and politics is becomingly increasingly divisive. For too many people in Ireland politics simply isn’t working.

“Buying a home is too difficult and the cost of rent is too high. For working parents accessing affordable childcare is almost impossible in many areas. It is no surprise that mental health problems are on the rise.

“While these challenges can seem insurmountable, I believe they can be tackled.  There is no reason that a wealthy, modern and well educated country like Ireland can’t create services that work for all. It require changing how the system works and challenging the structures between government departments so that they work together.

“This election is about the type of  long term change that we need to make. I’m running because I believe that by working together we can bring about positive change and develop public services that work for everyone.

“We can develop structures that support our front line health care workers and gives them the resources they need to do their jobs.

“We can reform our mental health services to meet the growing needs of young people including those experiencing eating disorders.

“We reform services so that anyone in mental health distress who seeks support can access it.

“To improve the mental health of young people we can develop regulations to tackle new issues that have arisen from social media and we create policies and laws to tackle to tackle the old problems associated with bullying.

“As a country we have all the resources we need to develop public services that simply work," he said. MORE BELOW TWEET.

This election is an opportunity for us to focus on the long term policies that we need.

I look forward to sharing more in the weeks ahead.

Married to Karen, Eoin lives in Killeshin with his wife and one year old son. He worked as a Youth Worker in Gragiuecullen and  later worked with the housing charity Focus Ireland.

He says grew up on a small dairy farm in Wolfhill and went to school in Newtown NS and the Presentation Carlow. After school, he completed a degree in Social Care in Athlone IT.

Mr Barry undertook further training in Criminology and Social Policy with the Open University before completing his social work training at Trinity University. In the last year he completed his training as a Family Therapist in UCD.

He ran in the 2019 Local Elections in County Laois and is currently the Labour Party area representative in Graiguecullen – Portarlington. His name was mentioned as a possible candidate for Labour in the 2020 general election.