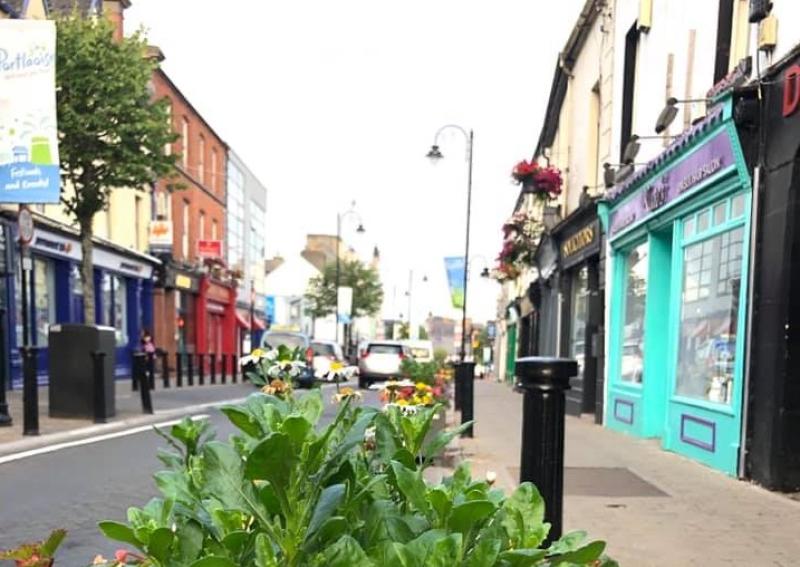 Portlaoise has fallen off the number one slot but is still a leading clean town in the Midlands, according to the latest nationwide litter survey.

The Laois capital town is runner-up in the final IBAL survey of 2021, having won the title of Ireland's Cleanest Town last September.

Covid PPE litter is at its highest level nationwide since the pandemic began however, according to the survey by business group Irish Business Against Litter (IBAL), issued on January 4 2022.

The Midlands towns did well all round, with Portlaoise, Athlone, Tullamore and Mullingar all deemed ‘Clean’.

Portlaoise finished runner-up in the ranking of 40 towns and cities, while Mullingar improved to make the grade in 22nd spot.

Naas finished ahead of Portlaoise and Ennis to record its first win in the annual rankings. There was a slight fall in the number of clean towns nationwide, to 22.

The An Taisce report praised Portlaoise.

"A great performance by Portlaoise, which is just pipped into 2nd place in the IBAL league. All but 2 sites were top-ranking, and a few deserve a special mention.  Market Square was a freshly presented town square environment with novel bicycle parking feature, colourful planting and stone seating.  The Main Street was particularly clean.   The recent reconfiguration of Fitzmaurice Place has resulted in a lovely outdoor public space which has been sensitively presented and maintained." 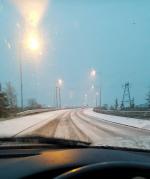 The report showed PPE litter at record levels nationwide, with an increase in the presence of both masks and gloves.

“It would appear that this litter is accumulating as the pandemic continues, as there remains an understandable reticence to pick up other people’s PPE,” says IBAL’s Conor Horgan.

“The disposable blue face mask has become a ubiquitous part of the landscape up and down the country. People have not moved to reusable masks and people are not taking care of their masks.”

International research* has found PPE litter accounting for as much as 5% of all litter, and likely to have “a devastating, lasting effect on the environment”. Mask use is forecast to remain high into 2022.

There was a significant rise in other pandemic-related litter, such as coffee cups, while alcohol-related litter remained at previous levels despite hospitality reopening and the survey being conducted in winter.

IBAL has frequently criticised the failure of local authorities to clean up sites identified in its surveys as heavily littered, and this was again the case. Of 89 such sites highlighted in summer last year, only 33% had been addressed by the time of this most recent survey.

Other Midlands towns scored the Clean status. Athlone was let down by "significant dumping" at a shopping centre.

"Well over half of the sites surveyed in Athlone got the top litter grade – examples of these included Golden Island Shopping Centre, the main shopping street, Athlone Training Centre and Athlone Castle – the exterior of the latter was exceptionally well presented and maintained.  At the opposite end of the spectrum was the Golden Island (Athlone) Civic Amenity Site – this ‘managed’ facility wasn’t just casually littered but significant dumping had taken place.  It didn’t get into this stage over night and there was no change since it was surveyed earlier in 2021."

The report was mixed for Tullamore.

"Another strong showing by Tullamore. Top ranking sites included O’Connor Square / associated car parking and Tullamore Town Park – both of these were exceptionally well presented and maintained.  Columcille Street was a very freshly presented shopping street with all aspects of the area surveyed in very good order.  At the other end of the scale the Bring Centre was in a very poor state and subject to significant dumping.  Meath Lane had a variety of miscellaneous items and is well on its way to becoming a blackspot if not addressed.  The opportunity to ‘separate’ waste is a very welcome addition to the town, as noted at both Columcille Street and O’Connor Square."

"Mullingar has done enough to reclaim Clean status, with just one heavily littered site. The three approach roads created a positive first impression of Mullingar and Oliver Plunkett Street was very much deserving of the top litter grade.  The heavily littered site was the Bring Centre at Council Car Park - it wasn’t so much littered but subject to the discarding of various items.  There was a notable improvement along ‘Canal Bank, but it still has some way to go to get the top litter grade."