Global factors at play, including low interest rates and a change in saving/borrowing behaviour at St Canice's Credit Union 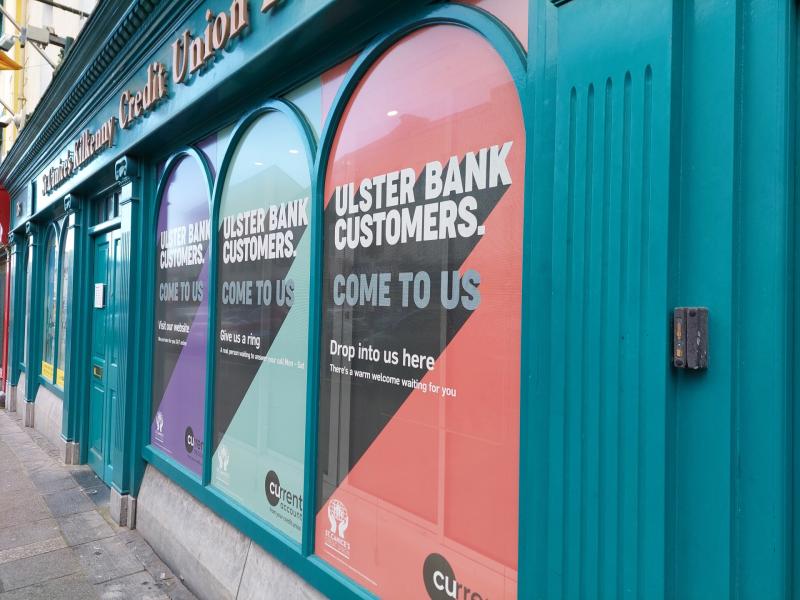 There will be no dividend or loan interest rebate for members of the Laois Kilkenny St Canice’s Credit Union this year.

The reasons given by management to members are global factors such as low interest rates and changes in consumer behaviour brought about by the pandemic, as well as a need to avoid further  caps on shares.

The bad news was delivered at the AGM of the Kilkenny credit union at the AGM which took place online last Tuesday evening, January 11. The Kilkenny founded credit union expanded into Laois in recent years and now has branches in Durrow, Rathdowney and Mountrath.

Addressing members, CEO Carmel Butler and Board of Directors chair Vincent Kenrick said it had been a successful year for the Credit Union in many ways, also acknowledging that 0% dividend may be disappointing for some. Mr Kenrick said it was a difficult decision and not taken lightly by the Board, but it was in the best interests of members.

“I believe this is the only responsible option at this time,” he told the meeting.

Despite the circumstances, said Mr Kenrick, the Credit Union performed very well in 2021. However, he noted, previous concerns remained, namely, the need to control growth of assets and to increase the loan book. Areas of concern include global issues such as the lack of consumer spending and increase in savings, which are affecting institutions at a local level.

St Canice’s Credit Union recorded a surplus for the year of €3.5 million for the year, an increase of almost €1 million on the 2020. The past year also saw the introduction of a share cap of €30,000 per member, which the Credit Union said was necessary to secure financial sustainability. It has had the effect of limiting new funds coming into the Credit Union, and CEO Carmel Butler said that in order to avoid further share caps, the Credit Union must transfer the surplus to its reserves.

The pandemic has seen a substantial increase in people’s personal savings. As per Central Bank regulations, 10% of these new savings must be put into a reserve account. Ms Butler said that a certain percentage of funds are required by law to be held in bank accounts, and negative interest rates of almost €20,000 are now being charged on these balances.

St Canice's has seen a significant reduction in expenditure over the past 12 months, which has contributed to the positive surplus. Included in it are a number of one-off items that are unlikely to be there next year, which means other solutions must be found to make up the difference.

“We know we have a challenge in the coming year to generate that income,” Ms Butler said.

Prevailing low interest rates mean that the average return on Credit Union investments is now 0.9%, placing more reliance on income from loans. Boosting lending will be critical this year.

The Board is hoping its strategic plan will address the loan book issue, with offerings such as mortgages, a new Cultivate Agricultural loan and greener home loans hoped to lure borrowers back to the counter.  Mr Kenrick said undoubtedly, the success of the plan would depend on the members availing of such services. He said responsible borrowing improves the life of the borrower, but also helps to light up the local economy, creating local jobs and benefiting the wider community.

In terms of emerging trends, Ms Butler said there has been a substantial increase in members using online banking facilities.  The number of people physically coming into branches is down somewhat, but the number going digital has doubled. Ms Butler said the Credit Union would always strive to deliver face-to-face services, but expanding online facilities was important.

While there is no dividend, in a community-focused gesture, the Credit Union has committed to providing €250,000 for local community projects, with the application process now open until May 30. Ms Butler said she looked forward to sharing the details of the successful applicants' projects next year.

Ms Butler thanked all members for the patience, and thanked all staff for their efforts throughout the year, sentiments echoed by Mr Kenrick.

On behalf of independent auditor PWC, Siobhan Collier said the figures showed a strong balance sheet. While the Central Bank’s regulations require 10% of savings in a reserve account, the figure is currently at 10.6% in St Canice’s.

Ms Collier said the reduction seen in income was more than offset by cost reductions during the year. One-off termination payments have seen employment costs decrease by around €300,000, while a number of other expenses, including share and loan insurance have decreased also.

Board Oversight Committee member Trevor Darlington said the Credit Union was extremely well run, with a very active and competent Board. He said it was no coincidence there had been repeated awards for its customer service.