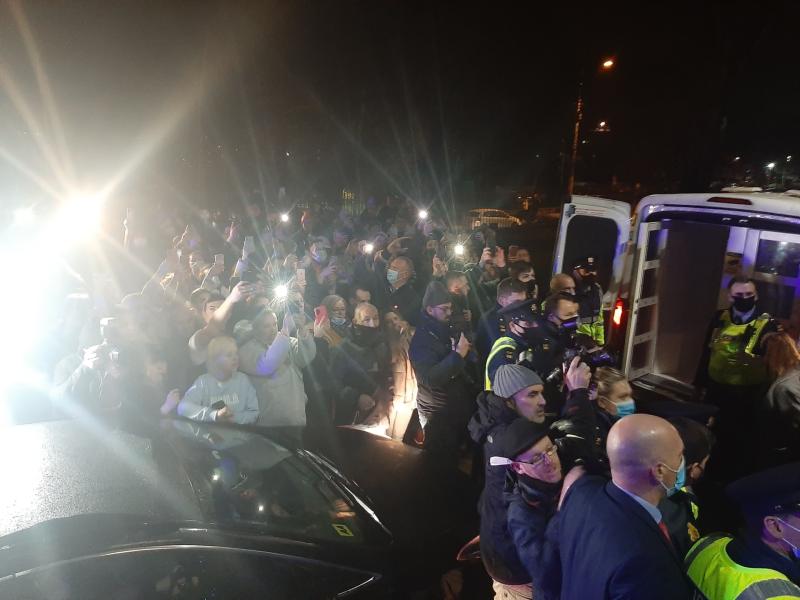 A man has been remanded in custody for a week charged with the murder of Ashling Murphy last Wednesday, January 12.

Inspector Kieran Keyes applied to Judge Catherine Staines for a remand in custody in Cloverhill Prison to a sitting of Cloverhill District Court on January 26.

The accused, wearing a grey hoodie and trousers, was assisted by a Slovakian interpreter in court.

When Inspector Keyes briefly removed his hat, a picture of Ms Murphy could be seen inside it.

Legal aid was granted when the court was told Mr Puska was on a disability payment.

Eoin Lysaght represented him in court and was assigned as his solicitor.

A crowd estimated at 300 people shouted obscenities and jeered as he was being led into court.

As they waited for him to emerge from the courthouse to be brought down the steps and into a waiting van, some called for gardai to "Take off his mask".