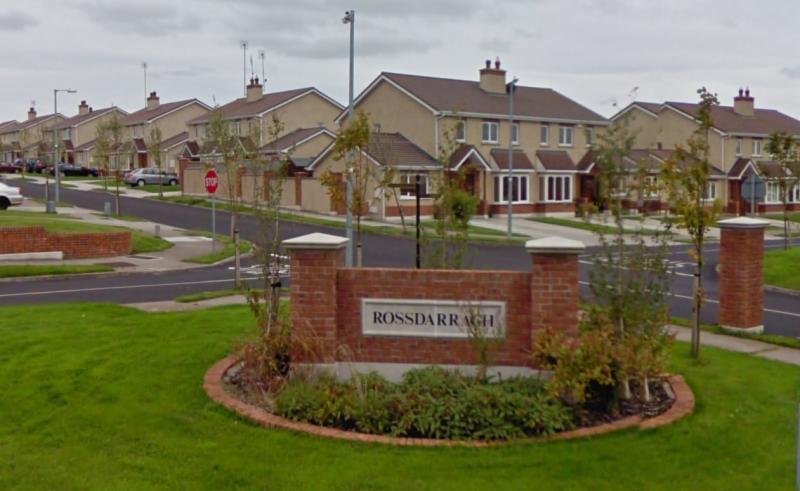 A controversial vote has been taken on whether to dezone Portlaoise land for residential housing.

Dezoning the site at Rathevan on the outskirts of Portlaoise in the new Laois County Development Plan 2021- 2027 would have called a halt to current plans lodged by a landowner with Laois County Council.

Laois company Thomas Kelly & Sons Group seeks to build 99 new houses and a creche in Rathevan, adding to a highly built up residential area. It is a step down from their previous plan to built 262 units which was withdrawn in 2020 and met with objections over a lack of infrastructure.

A planning application is currently live and on hold as the applicant prepares further information sought by the planners.

The plan has already received strong objections from residents, fearing floods, worsened traffic jams and pedestrian danger. They say with the extra houses, there would be 2,000 residential units in the area with no primary school or large shops.

Last Tuesday January 25, councillors argued hotly over the Rathevan zoning at a special meeting to pass the new county plan.

It follows a ‘material contravention’ last September when councillors voted to zone the whole site from Strategic Reserve to Residential 2, so housing can be built on it. This was after a submission was made by the developer requesting the change.

A recommendation had come from the Office of the Planning Regulator (OPR) saying that zoning of Residential 2 on the land is "inconsistant with compact growth and sequential development for this plan period, and is not justified having regard to the... quantum of land zoned for Portlaoise".

Laois County Council's Chief Executive John Mulholland also opposes residential development on the land and recommended that zoning revert back to Strategic Reserve as was in the draft plan, which means it cannot be developed before 2027.

So too do five of the six sitting Portlaoise Municipal District councillors, who argued that more houses could cause flood risk for existing homes, and that with the postponement of the Northern Circular Route plan to service it, traffic that is already "chock-a-block" would be worsened.

Cllr Aidan Mullins from the Portarlington Graiguecullen Municipal District also supported them as did Cllr Conor Bergin from the Mountmellick Borris-in-Ossory District.

However, there are 18 sitting councillors representing Laois and the 11 others voted to keep the zoning as it is.

Cllr James Kelly from the Mountmellick Borris in Ossory Municipal District proposed the zoning remain, citing the shortage of housing in the market.

Cllr John Joe Fennelly from the Portlaoise Municipal District wanted the zoning retained, saying that Laois County Council’s planners can still decide whether to refuse any applications on it.

"The last thing any Portlaoise councillor wants to do is stop housing. We all know our area better than anyone outside of Portlaoise but we also have to be responsible. There is a lack of access, congestion and major drainage issues. I strongly propose that people listen to Portlaoise councillors, we know those fields like the back our our hands up there," she said.

"It's not our fault somone bought the land. There is no Portlaoise Northern Orbital Route, you can see where the spur is. Traffic is bumper to bumper. Kellys are a good decent honest builders who have done fantastic jobs but I'm sorry to say all this would do is create a huge problem with infrastructure," he said.

"If the seven reps in Portlaose are not going to be listened to, what are we at?" agreed Cllr Caroline Dwane Stanley.

Their vote may yet be overruled as the OPR has a month to ask the Minister over planning, Daire O'Brien to send a directive and amend any parts of the plan that contravene Government policies.