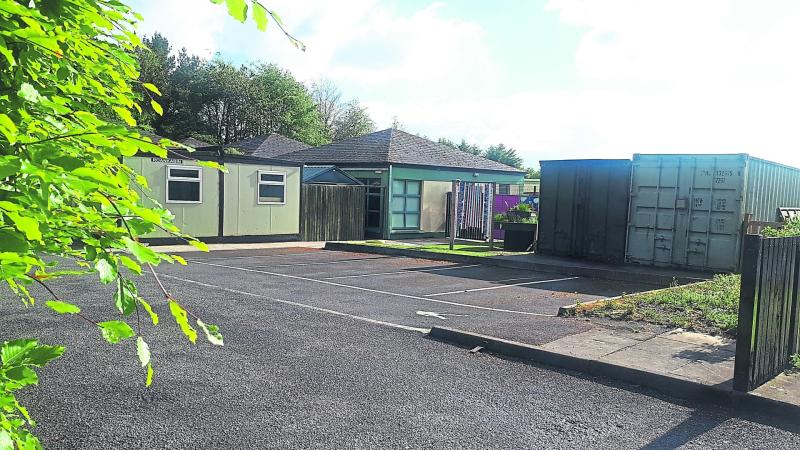 The Kolbe special school in Portlaoise

A Laois primary school that focuses on educating children with profound disabilities has been given planning permission to build a new home in Portlaoise.

Nearly 40 years after moving into its existing premises, Laois County Council has signed of on a planning application lodged in June 2021 to build a new home for the Kolbe School on the Block Road at Beladd.

The school had applied to build a single-storey special school including eight general classrooms, a GP Hall, specialist educational spaces and other facilities at the site near their existing home near Portlaoise hospital.

Planners have now reached a decision on the project which has been campaigned for for many years due to the lack of space and reliance on prefabs.

Orlagh McMahon of the Kolbe School welcomed the development.

"We are absolutely delighted to finally have been granted planning permission. It is a great day for the school, pupils, the staff and parents.

"We look forward to the next phase which is tendering and hope that the new building will commence without delay," she said.

The news was welcomed by Minister of State and Laois Offaly TD Seán Fleming who backed the project during the planning phase. He welcomed the development that the planning permission has been granted.  This is a major concrete step forward.

"This is a tremendous step forward for this school that deals with children with severe and profound disabilities.  Achieving a new Kolbe Special School has been a top priority for me.

"Over the last year I have been in ongoing contact with the school, Laois County Council and the Department of Education to ensure this vital school project proceeds as quickly as possible.

"The location for this new school is on the Block Road in Portlaoise and is on the site between the existing Kolbe school building and the Cuisle Centre.

"I want to compliment the Board of Management, the school principal, all staff and the parents for their work in progressing this major new project which is long over-due in Co.  Laois.

"The pupils attending the school have been getting the highest possible level of support from the staff in spite of the very poor physical conditions of the existing building which is totally inadequate in this day and age," he said.

Minister Fleming outlined the next steps. MORE BELOW PICTURE. 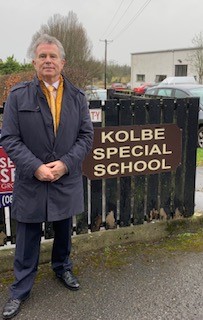 "I have already been in contact with the school authorities who have confirmed that in anticipation that planning permission would be granted they are already well advanced in preparing the tender documents so this new school project can move onto the next stage as soon as possible.  The Department of Education has already authorised Kolbe Special School to prepare the tender documentation.

"I want to assure all staff,  parents and the entire school community that I will do all in my power to ensure this project proceeds without any further delays," he said.

The Kolbe School says it specifically caters for children (age 4-18) within the severe to profound learning disability spectrum and/or autism.  There are 41 pupils in the school at present.

The Laois Association of Parents & Friends of the Mentally Handicapped established the service in 1978. The original premises was situated in Portlaoise Town and moved to Ballyroan, Co Laois.

In 1983 the services moved from Ballyroan to a purpose built building on the Block Road, Portlaoise where it was given the name “Kolbe Centre”.

The name Kolbe is derived from a Roman Catholic Priest, Fr Maximilian Kolbe a polish priest who gave his life in Auschwitz to save the life of another.

The Sisters of Charity of Jesus and Mary Services became responsible for the Management of Kolbe Centre in 1992 from the Parents and Friends.

So what Laois roads and other projects are getting a slice of the €13.5 million pie?

Since 2000 the Department of Education and Science became responsible for the education of children with severe/profound intellectual disabilities between the ages of five and eighteen within Kolbe Centre.

This then became known as Kolbe Special School.