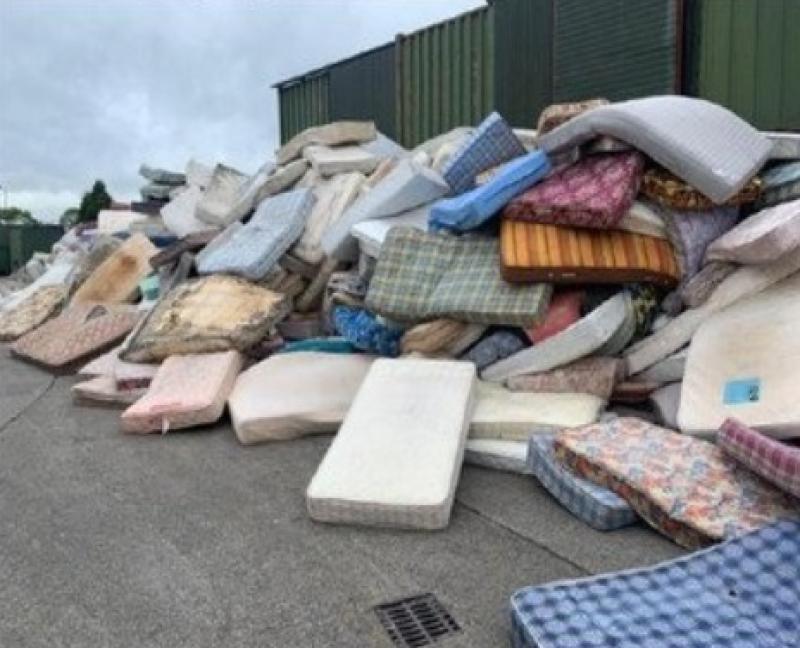 Laois needs another mattress amnesty day, where people can drop off old mattresses free of charge, with the cost covered by the taxpayer.

So say several Portlaoise Municipal District councillors, who say the public were not happy that the 2021 environment budget was spent on collecting bulky waste free from only certain housing estates where dumping is a major problem.

Cllr Catherine Fitzgerald tabled a motion to the February meeting of Portlaoise Municipal District, requesting a day for both mattresses and couches.

The normal fee to drop an old mattress to Kyletalesha landfill for recycling is €20, plus a charge on vehicles entering the recycling facility.

"I would be delighted if we could have a day or a week. It is a huge opportunity for people to dispose of them and keep the countryside clean. You'd save money in the long run. People felt hard done by. You should offer this at least on a yearly basis," she suggests.

"The bulky waste collections were a success last year but they weren't open to everyone. Different people were asking me when was their area being done.  There is a cost involved but there is a greater cost cleaning up dumping," she said.