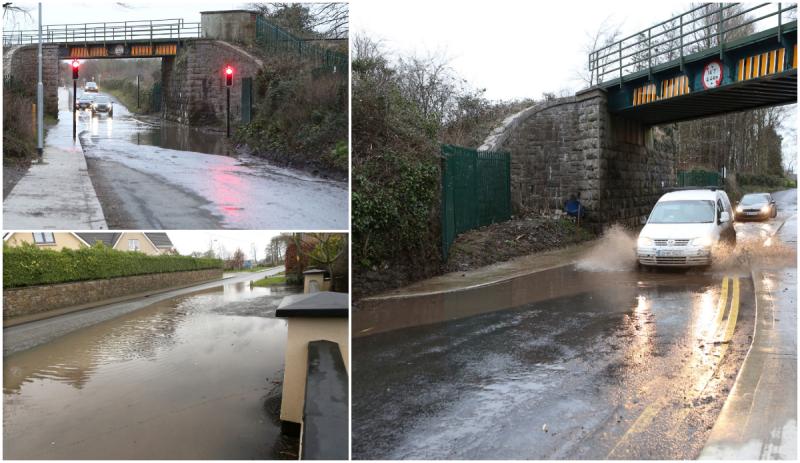 A busy road in Portarlington had to be shut this week due to flooding because the electricty has not been switched on to power a new system that would take the water away.

Laois County Council ordered a road closure on Monday, February 21 after the storms Franklin, Dudley and Eunice caused flooding on the road with the area under the railway bridge.

Residents along the Ballymorris Road in Portarlington have had to put up with significant disruption in recent years due to problems with the flooding especially under the railway bridge.

While the issue is not a new one, it was accepted that the problem got worse due to new houses being built along the road. This led the local authority to devise an engineering solution that would see water pumped away with there is a flood risk.

The road had to be closed to facility this work which was finally completed in the week of Storm Dudley. However, it did not work because there was no electricity connection to the pumps installed.

Laois County Council is now waiting on the ESB to connect pumps to the power supply.

Residents hope that when the connection is made the problem will be solved. However, their concern is that it may not do so as the Ballymorris Road flooded beyond the railway bridge during the storms. They say this was not a common prior to construction works.

Cllr Aidan Mullins, Sinn Féin, confirmed that the power needs to be connected and he is hopeful it will happen soon. He also believe this should solve the problem for the whole road.

"That spot under the Railway Bridge on Ballymorris Road was always prone to flooding after very heavy rain. The Council carried out works to install an underground holding tank beside the bridge and a pumping station to pump the water up the road to the storm drain. The works were completed last week and the Council is now waiting for the ESB to connect the supply to the pump.Hopefully this will be a permanent solution," said the Portarlington Graiguecullen Municipal District representative.