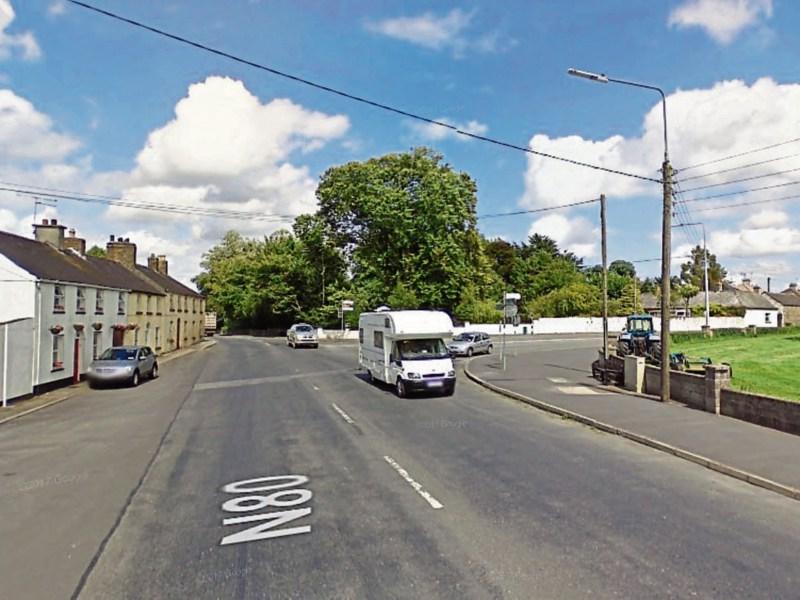 A Mountmellick relief road is unlikely any time soon due to funding and a Transport Minister who isn't keen on road building, a meeting of Laois Joint Policing Committee has heard.

The meeting heard a bypass was first proposed for the town in the 1980s. Now with the advent of Brexit, trucks travelling from the West of Ireland are using the N80 as the main route to Rosslare Port.

The JPC wrote to Transport Infrastructure Ireland(TII) seeking an update on the matter. They outlined the increased level of traffic and Heavy Goods Vehicles travelling through the town since Brexit.

In response, TII said the route wasn't included in the latest round of National Development Plan road projects which had received funding.

Brian Stanley TD said "it isn't included in funding between now and 2028." He said "there is a preferred route there but what it needs is hard cash." The funding would have to from the Department of Transport, which is led by Minister Eamon Ryan. "Construction of new roads isn't exactly flavour of the month with him," Deputy Stanley pointed out.

"Whether we like it or not, Transport Infrastructure Ireland are say, where is the cash?" he said.