Former soldier made the call despite Ireland being neutral militarily 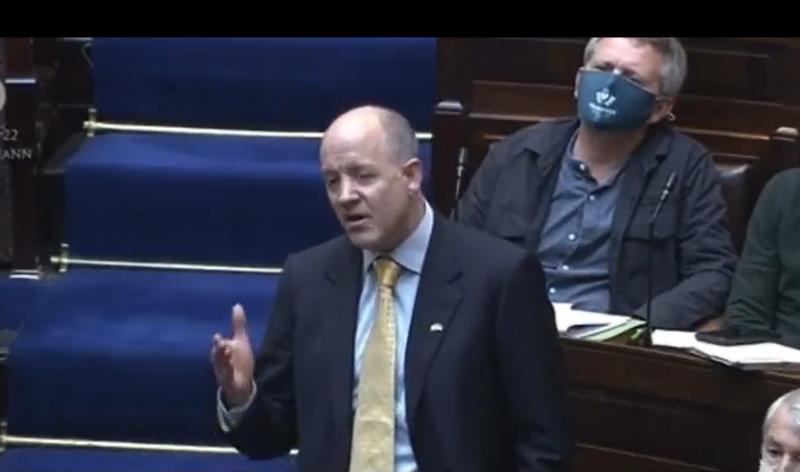 A Portarlington based TD has called for Irish anti-tank rockets sent from the Curragh Camp to Ukraine soldiers to fight the Russian invasion ordered by Vladimir Putin.

Dr Cathal Berry who is a former member of the elite Army Ranger Wing, told the Dáil that the Ukrainian army needed the defensive weapons to repelattacks by Russia.

While Ireland is militarily neutral, the former soldier called for the country to release unused weapons.

"One hour's drive from here in the Curragh Camp, there are hundreds of anti-tank rockets nearing the end of their shelf life that could very easily be transferred to the Ukraine defence forces.

"The reason that is so important is that we know the Russians are preparing a massive offensive in the east at the moment and that this offensive is likely to be successful but it does not have to be this way.

"We have learned from the successful defence of Kyiv that the future is not written in stone. It has yet to be decided and it will be determined not just by fate but by decisions and actions of the people in this Chamber over the next few days.

"For precisely those reasons, I urge the Taoiseach to send protective, defensive weapons to Ukraine in order that we stop the Russian advance, that we drag Russia to the negotiating table and that together we alter the course of history," he said.

Dr Berry represents some 12,000 Laois and Offaly people around Portarlington, Killenard and Ballybrittas which are part of the Kildare South constituency.

"Because for them, hunger is also a weapon — a weapon against us ordinary people as an instrument of domination."

The Ukrainian president President Volodymyr Zelensky has praised the Irish people's response to the Vladimir Putin ordered Russian invasion and destruction of his country in a historic address to TDs and Senators. Watch in full AND Read his speech to TDs and Senators below.

He was speaking in Leinster House after Ukraine President Volodymr Zelensky addressed TDs and Sentators in the Dáil chamber on Wednesday, April 6.