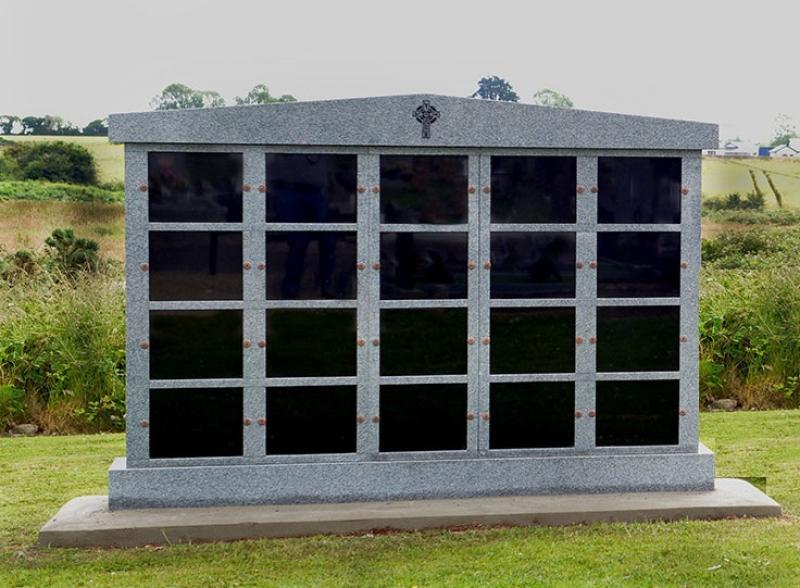 A cemetery in Laois is set to be the first in the county to build a wall to house cremated remains.

Laois County Council is seeking contractors to build the ‘Columbarium Wall’ in St Peter and Pauls Cemetery in Portlaoise.

“It is very sensible what they are doing...I would say cremations, in comparison to ten years ago, I would say there are twice as many,” said Mr Moloney.

Aside from the increasing numbers of cremations in Ireland, Mr Moloney said the Columbarium Wall could accommodate repatriated remains. “There is quite a number of people’s remains come back as blessed ashes,” he explained.

A tender for the construction of a Columbarium Wall was recently published by Laois County Council.

It states that: “Laois County Council have identified a need for a Columbarium Wall to inter cremated remains for members of the public. The Columbarium Wall is to be double sided with 20 niches per side on four levels. Each niche is to be capable of holding two standard sized cremation urns.” The deadline for interested contractors is April 29.