Portarlington looks set to be twinned with French town 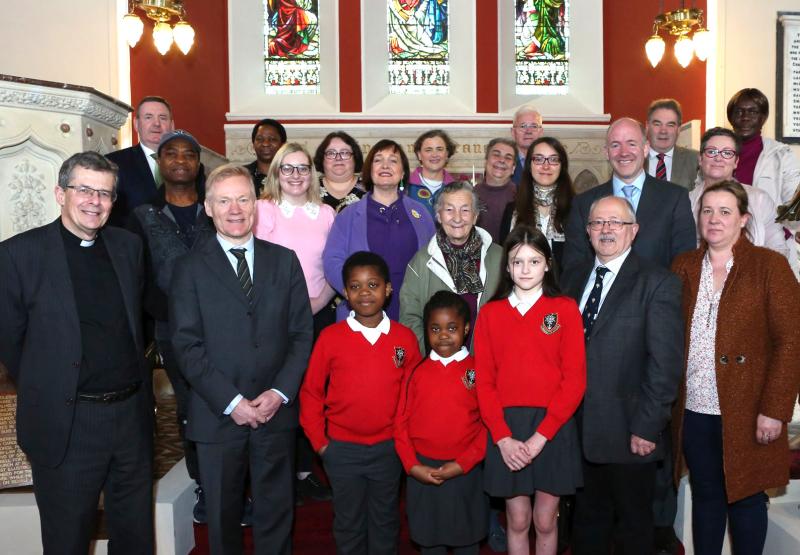 Portarlington looks set to be twinned with a French town as it rekindles its strong links with France.

The move was suggested as French Ambassador to Ireland, Vincent Guérend, visited Portarlington this week.

He was invited by Independent TD Cathal Berry, who pointed out that France is now Ireland’s closest EU neighbour post Brexit.

Speaking at a gathering in the French Quarter cafe, Deputy Berry told the Ambassador that: “ Portarlington is Ireland’s French town. It has a unique connection with France and it’s great that you are here to copper fasten that this morning.” 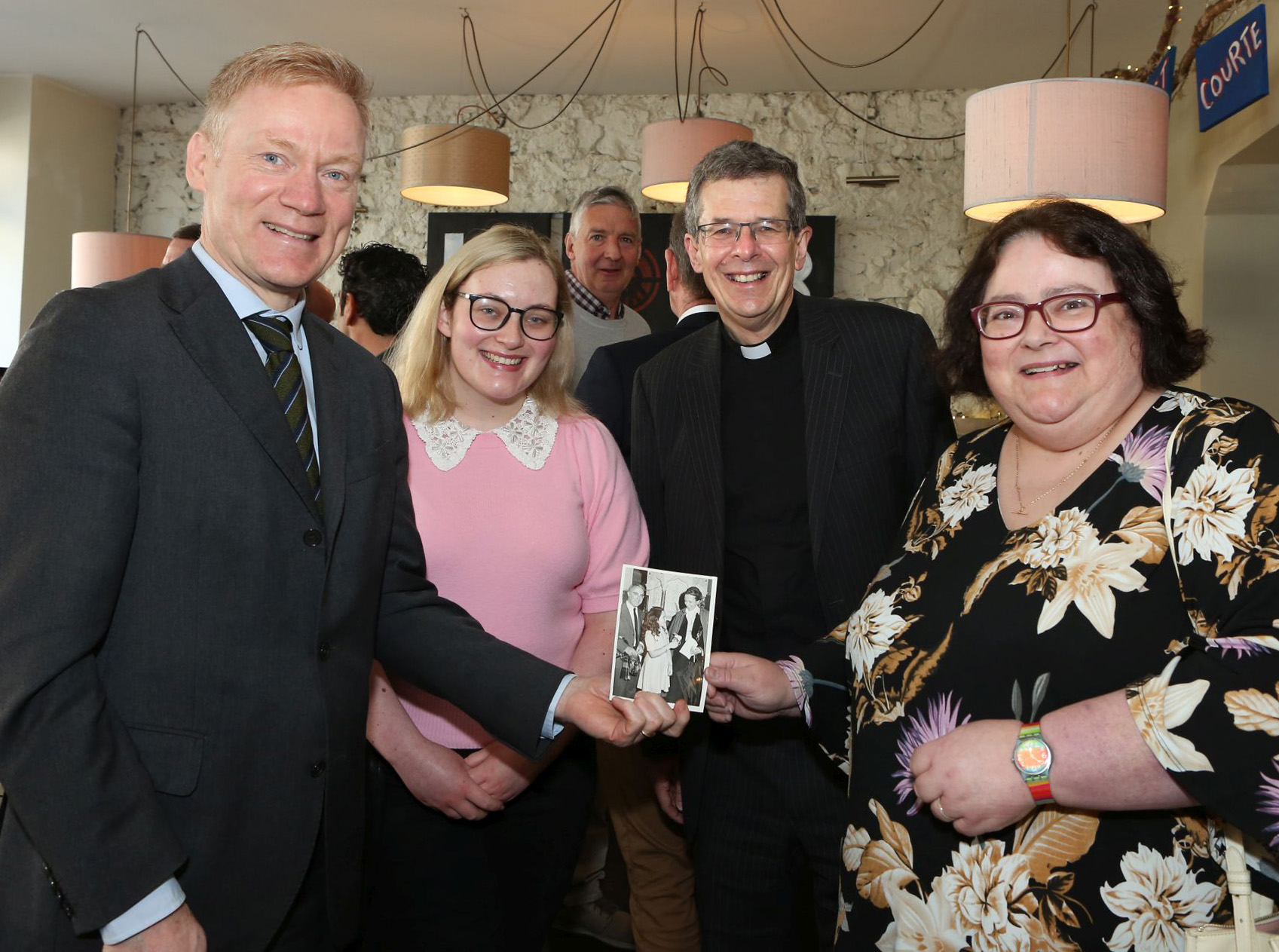 Ambassador Guérend admitted he hadn’t been aware of the strong French ties with Portarlington until he spoke with Deputy Berry. He said they had been in the Dail when Ukrainian President Volodymyr Zelensky addressed the houses of the Oireachtas.

Speaking in relation to Ireland’s response to the Ukrainian war, Mr Guérend said “it is really a strong tradition here in Ireland to be open to people in need, refugees, you did it here three, four hundred years ago and you continue to do it now and I can only praise you for this.”

“Many Huguenot fled France in 1685 when the French government, the French monarchy at the time, decided to revoke a treaty which had granted the liberty of worship and fled to Ireland and other countries,” he explained.

He said “it is heartening to see that these French people helped to build up Portarlington and that there is still today some memories of these days.”

“I think that the link with the twinning town would be the best way to re-establish at the same level a connection with France,” he added. 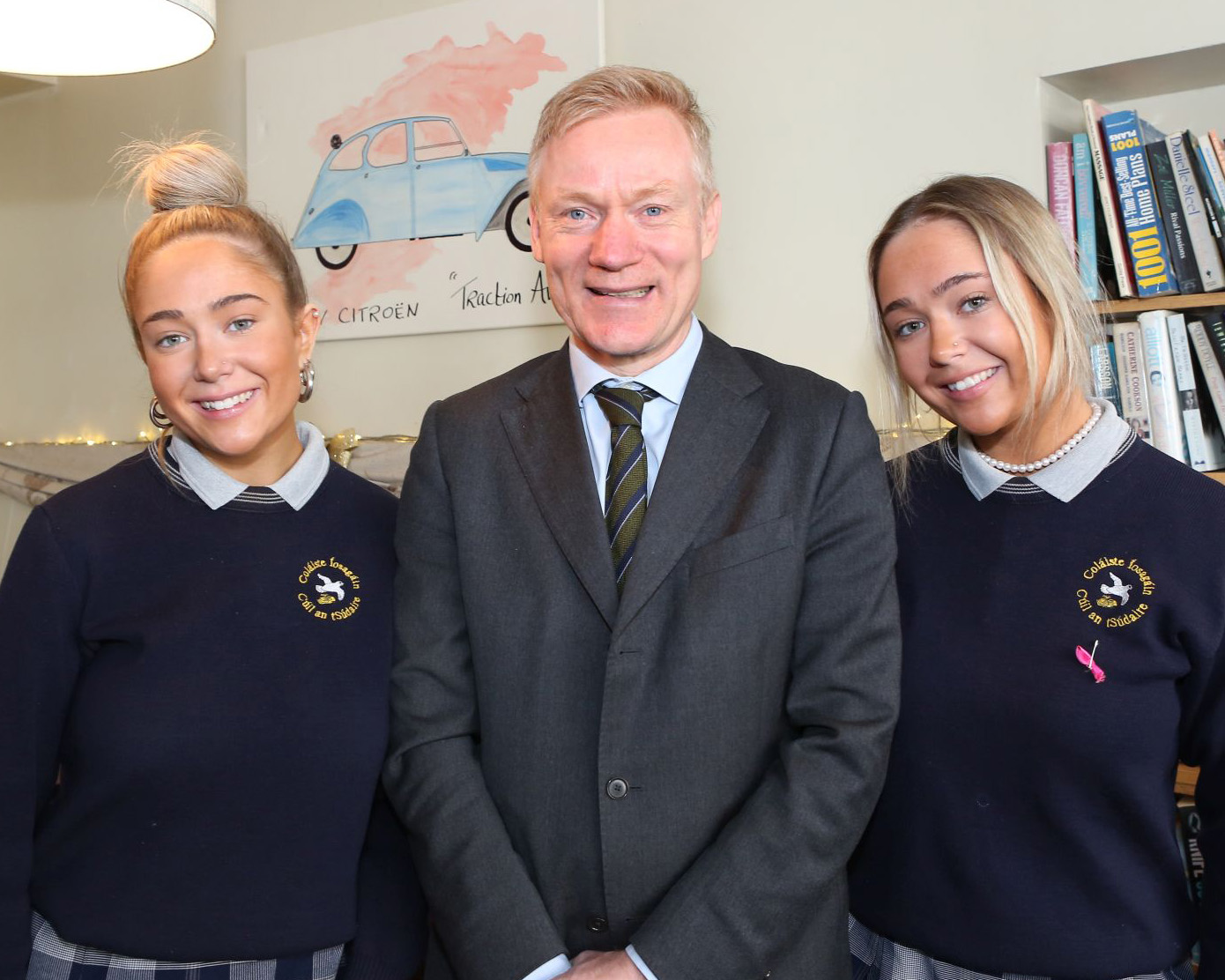 He said “between 1691 and 1700 we had about three to four hundred French people coming to settle in the town. They were delighted with the town. They rejuvenated it, they repaired a lot of the houses that had fallen into disrepair. They brought a new vibrancy to the area but they were mainly farmers and military men.

Sometime in the early 18th century somebody came up with the idea of establishing schools in the town to teach the gentry, the sons of the aristocracy, the French language. This project was a great success and over the next 100 years we had about 20 to 30 schools established in the town with children coming from all over Ireland to learn French and French culture.”

Ambassador Guérend noted that Brexit has meant it is very difficult for French students to go to England to learn English. As a result he said, “there is a huge demand particularly now towards Ireland so if we could establish also some twinnings between schools in Portarlington and schools in France it would be very beneficial.” 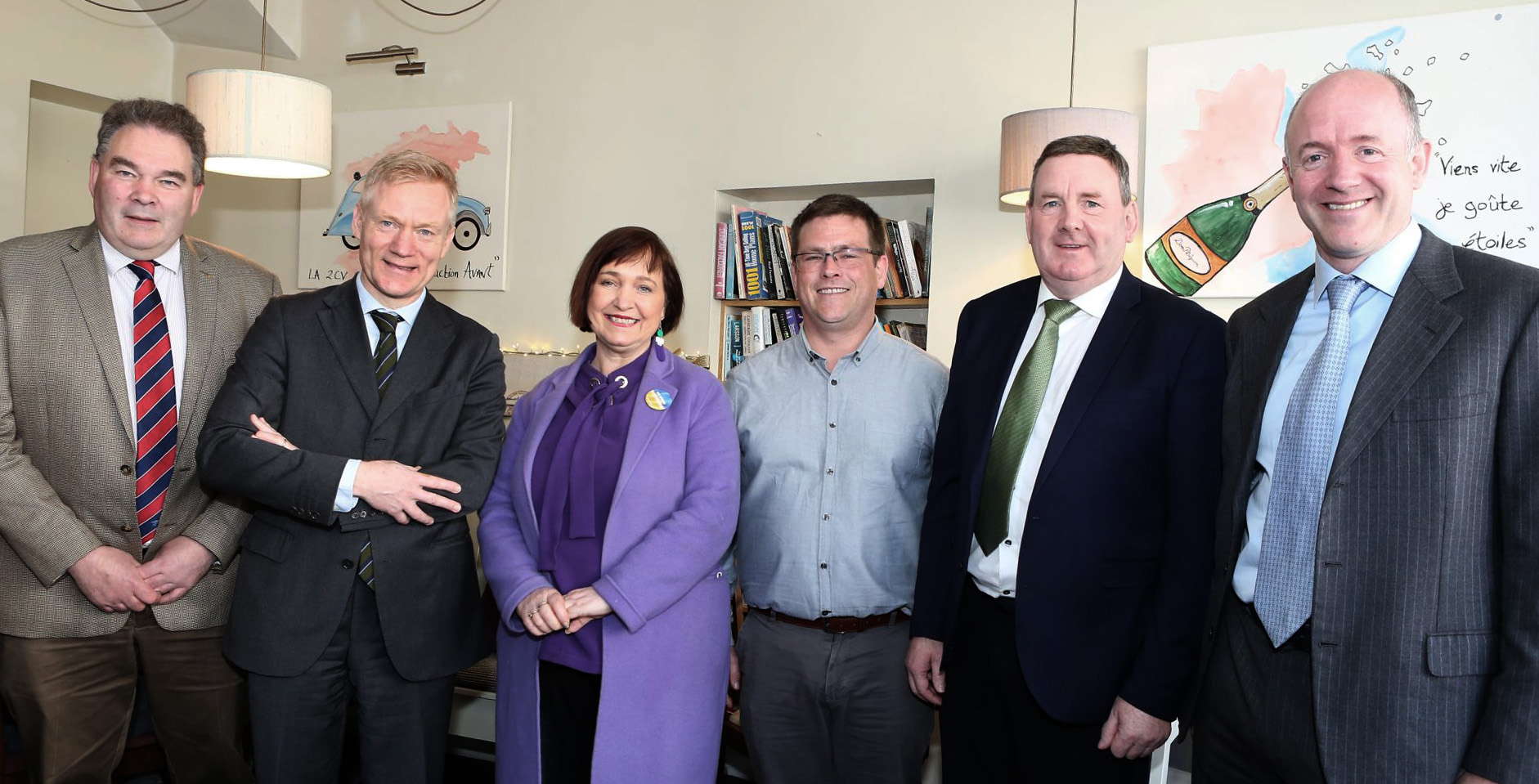 Mr Orford outlined an even earlier French connection with Portarlington. He said over 1,000 years ago we had the Normans coming to town and they built Lea Castle outside Portarlington.”

One of those at the earliest French Festivals, Yvonne Pearson (nee  Champ) was in the French Quarter cafe with a picture from one of the earliest festivals in 1977. In the picture she is meeting the then French Ambassador to Ireland.

Ambassador Guérend finished off his visit to Portarlington with a tour of the French Church. Archdeacon Leslie Stevenson showed the ambassador around the historic church which was first built as a loom house before being used as a church.

The Ambassador was shown early documents including a map of France which indicated where in France the people who moved to Portarlington had come from.  The ambassador was gifted a number of books about Portarlington during his visit. 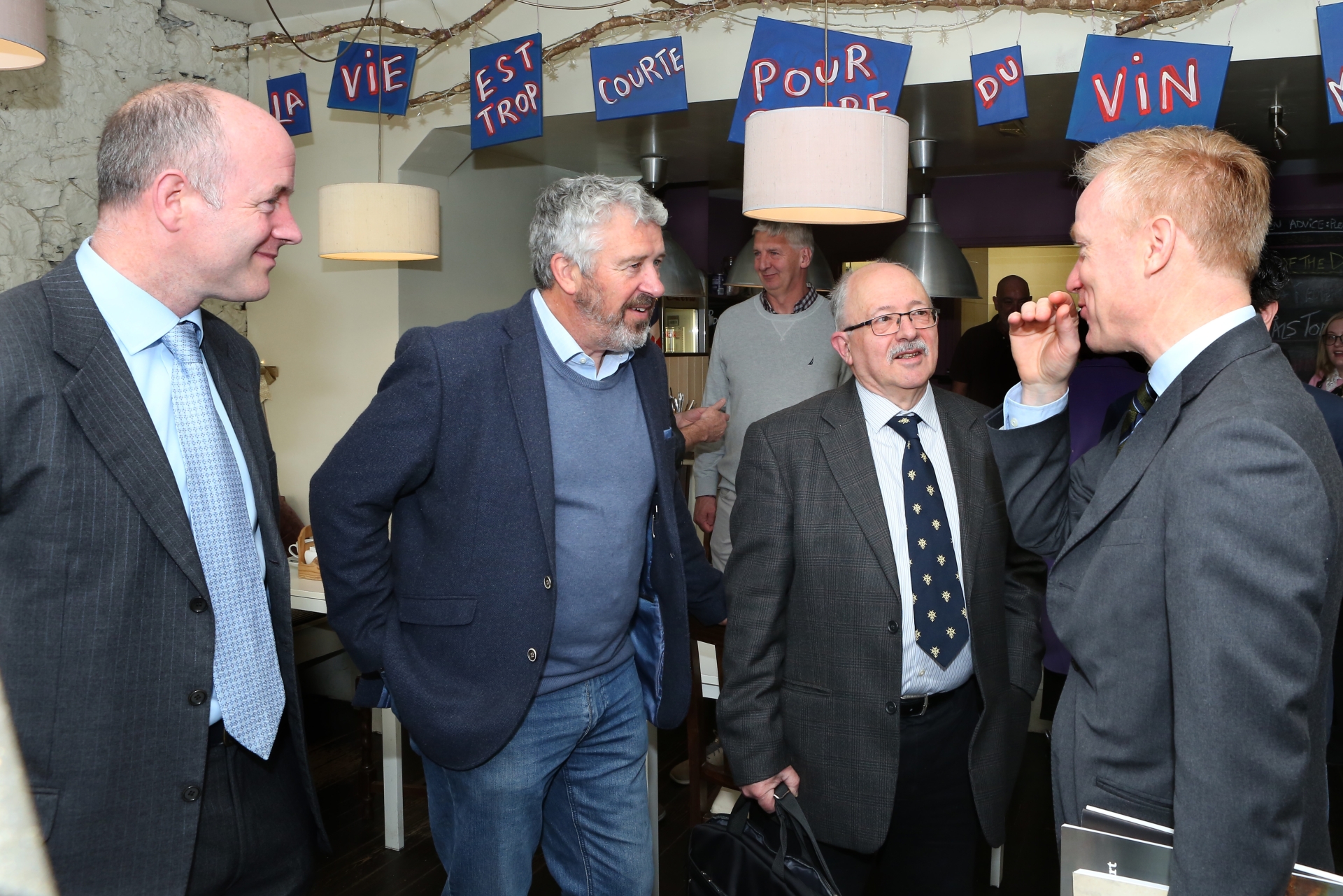