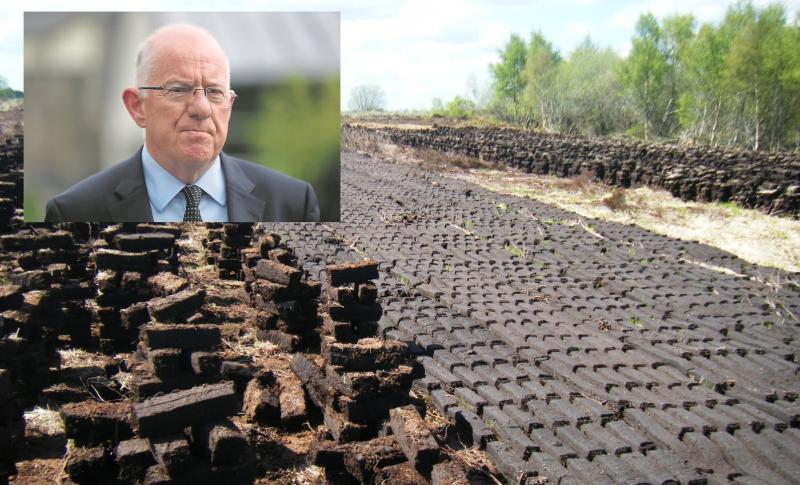 A compromise on allowing villages to burn turf but not towns is "unworkable" a Laois Offaly TD has said.

Fine Gael Deputy Charlie Flanagan is urging Minister for the Environment Eamonn Ryan to drop his proposal to end the sale and burning of turf.

Speaking to the Leinster Express this Wednesday, April 27, Dep Flanagan said that having grown up in Mountmellick, turf is "in my DNA".

"I reminded the Minister that my hometown of Mountmellick in Irish means the boghouse on the marsh. Turf and the bog are in my DNA. I did my bit of heavy lifting and got sunburnt like many others. I know how passionate people are on this issue.

"I was please to have an opportunity to meet Eamonn Ryan as part of a Fine Gael delegation and I outlined the serious concerns and fears of the people of Laois and Offaly. In particular there has been a lot of misinformation and rumour. I impressed on him the need to engage with local TDS.

"A proposed regime that allows for the sale and burning of turf in villages  of less than 500 people is unworkable. I pointed out that that would mean its ok in Ballybrittas but not Ballyroan, you could sell and burn in Rosenallis but not in Clonaslee. In Offaly you could sell in Kinnitty with a population of 400 but not in nearby Kilcormac.

"These examples proved to be to be unworkable. It's also legally unenforceable. There are legal issues on turbery rights, licences to cut turf, issues where people own and cut their own bogs, and others where people lease from private bogs. It's a complex legal area and I don't think that Eamonn Ryan has sufficiently delved into.

Darkness into Light in Laois Offaly town for first time

"I asked about the issue of compensation and received no answer.

"I also asked why if we can't use it ourselves, the country is selling peat based briquettes from Germany and Lithuania with a higher carbon footprint.

"So with the rising fuel costs, Eamonn Ryan should think again. This is an unnecessary row that can be resolved and I'm working with Minister Ryan towards that," Dep Flanagan said.

He gave an answer to Laois Offaly Sinn Féin TD Brian Stanley's question earlier today on whether Laois Offaly TDs will back a Sinn Féin Dáil motion this Wednesday night April 27 that calls for the scrapping of the ban.

“I will not be supporting the Sinn Fein Motion. It is a political stunt designed to destabilise and drive a wedge between government parties. It’s more  about party politics than turf," Dep Flanagan said.