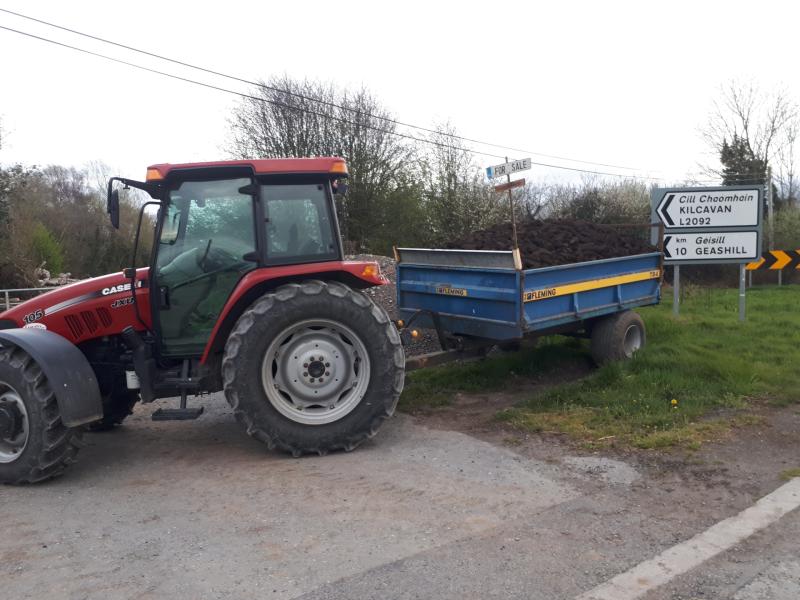 Turf for sale at the side of the road at Easter

Laois Offaly Minister Seán Fleming says motion that no ban on the burning of peat is being proposed was passed by the Dáil on Wednesday, April 27.

The Minister of State in the Department of Finance said that the motion was voted through by Government TDs while all Opposition TDs voted against the proposal.

Minister Fleming did not back a Sinn Féin demand for a scrapping of the ban on the sale of turf.

He insisted that some people are suggesting the Government voted down an opposition motion on this matter.

"This did not happen, and any suggestion that it did is not accurate. The issue under debate related to price increases in the economy," he said.

He said the Government put forward its own detailed proposals which included the following two paragraphs:

“- turf cutting by citizens for use in their own homes is a traditional activity across many peatlands, but measures are required to reduce the emissions associated with burning peat, while respecting these traditions, and no ban on the burning of peat is being proposed, but a regulatory provision will be made to prohibit the sale of sod peat in larger agglomerations while allowing the traditional sale in rural areas; and

- final regulations will be agreed by the Government in the coming weeks which will ensure that, while measures are introduced to enhance air quality, they will not impinge upon traditional local practices associated with sod peat, including localised rural trading and the sharing of turf with family members and neighbours, and this approach will facilitate rural communities to continue to cut and burn sod peat for their own domestic purposes, while also reducing the use of sod peat in urban areas.”

"No regulations have been agreed and a key element will be to deal with the sale of sods of turf in retail outlets, shops and other commercial premises. From my own experience I see very little of this happening in any event," he said.