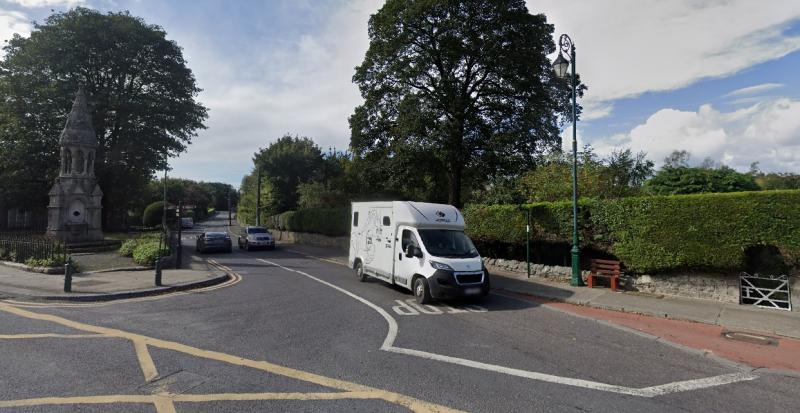 It is a miracle that a junction on a busy Laois road junction has not resulted in somebody being killed, according to a public representative.

Cllr Ollie Clooney, Independent, raised the issue with council officials at a recent meeting of the Borris-in-Ossory Mountmellick Municipal District where he made clear that the black spot in question was located in the Portlaoise Municipal District.

He nevertheless tabled a motion calling on the Laois County Council to implement safety measures at the dangerous cross at the T junction at Crooked Wood. The junction is located on the Ballacolla road out of Abbeyleix.

Cllr Clooney also acknowledged the efforts made by Cllr John Joe Fennelly, Fianna Fáil, who had worked to have it made safe as a Portlaoise area representative. However, he said the work put in has yet to result in safety measures needed.

“Engineers were out. They did their work and reports but, nothing happened,” he said.

Cllr Clooney said that people travelling to Abbeyleix, Shanahoe, Mountrath, Ballacolla, Borris-in-Ossory, Rathdowney all have to go through the junction. He tried to explain why it is unsafe for locals.

“What a junction it is - it’s unbelievable…There have been numerous accidents. You’d need 20:20 vision and hearing,” he said.

Cllr Clooney says he turns off the engine in his van to listen for traffic at the junction but depending on the weather that doesn’t even help.

He said he would work with Cllr Fennelly and others to make the road safe.

“We need to sort this once and for all…It’s a miracle that there is not a tombstone,” he said.

He wants more than inspections and reports.

“We want action soon,” he said.

Cllr James Kelly, Independent, backed his colleague. “It is terribly dangerous,” he said.

He believed that the junction would be safe if the councillors from both municipal districts worked together.