TD also has a go at housing Minister after Laois visit 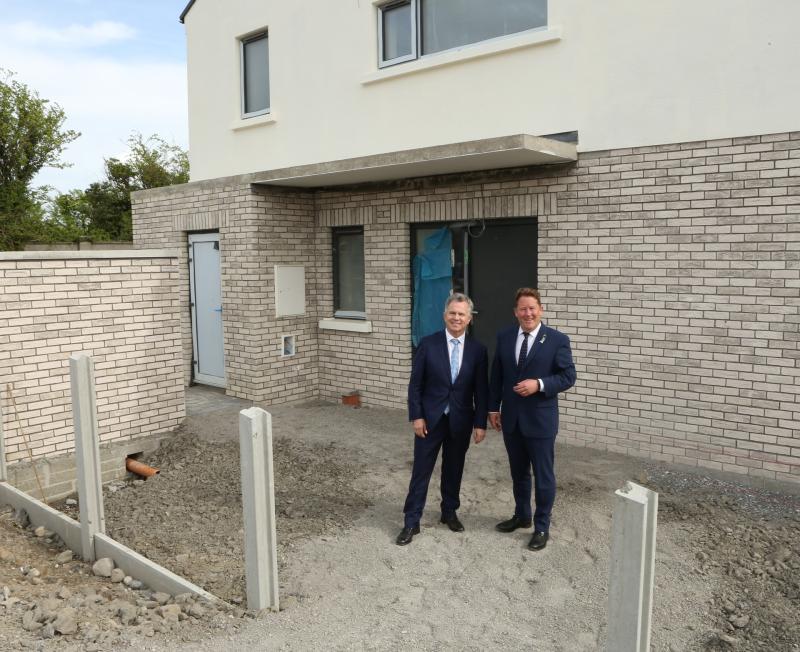 More than 100 homes are available to Airbnb guests at properties in Laois and Offlay while less than 10 homes can be rented in the two counties on Daft.ie to live in according to a Sinn Féin TD for the two counties.

The claims were made by Brian Stanley said after his party's ‘Short-term Lettings Enforcement Bill’ passed unopposed through first stages in the Dáil this week.

A statement said Sinn Féin have brought forward this bill to address one of the problems that is inflating home purchase and rental prices, by tightening regulations around Airbnb’s.

"If this becomes legislation, it will have a positive impact on home purchase and rental prices in Laois and Offaly,’’ claimed Dep Stanley.

“We have now arrived at a situation where it is not just impossible for young couples to buy a house, many just can’t even afford their rent," he said.

The TD said two of the factors driving up house prices are; investors buying homes simply to let them at sky-high rents, and secondly Airbnb and short term lets. Airbnb’s are reducing the supply of housing available for sale and rent.

"Our legislation would see more of these Airbnb homes available to rent for long-term accommodation,’’ he said.

Dep Stanley said the bill would make it an offence to advertise or let accommodation for short-term rental, such as Airbnb, without having the required planning permission from the Local Council. It also provides for on the spot fines for landlords or estate agents who ignore this.

“This is a positive development, and it is important the Government don’t stall the legislation in committee, Dáil or Seanad," he said.

The TD was also critical of the Government's housing minister who visited Laois recently.

“On a recent visit to the constituency Housing Minister Darragh O’Brien gave misleading information regarding the Governments “Help to Buy Scheme” when he described it as a “grant”, when it’s actually a tax rebate.

He also mentioned the Shared Equity Scheme, which is a second loan from Government on top of one from a building society or a bank to purchase a house. This just puts another layer of debt on couples trying to buy their first home.

Since its introduction, it has been another factor in the escalation of house prices, and is similar to what has happened in Britain, as developers are just using the second loan available to purchasers as a means to drive up house prices even further.’’

“Sinn Féin is committed to dealing with the housing crisis. We need to see the ‘Short-term Lettings Enforcement Bill’ progressed through the Dáil quickly to provide another part of the solution,” he said.