Laois councillor asks Government Minister when she would paint her house

Half of money not spent 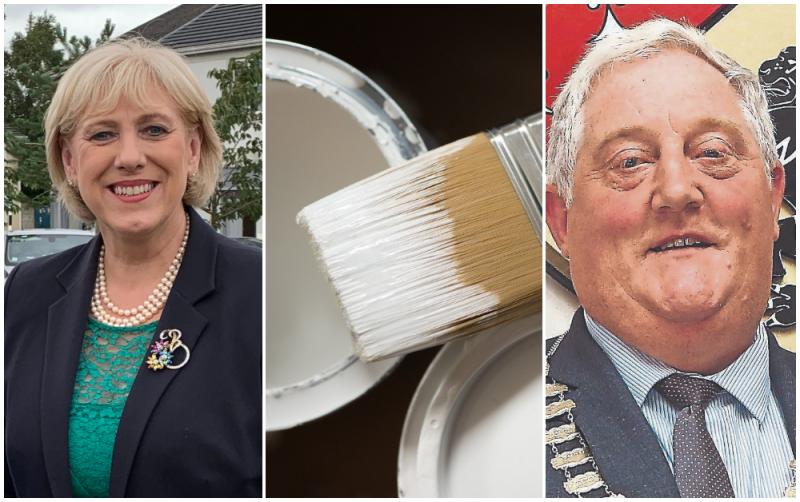 A Government Minister has been asked by a Laois councillor when she would paint her house because he believes €30,000 in grants went unspent in a shortlist of Laois towns and villages this year due to tight deadlines and a shortage of painders.

Cllr John King, Fine Gael, confessed to a recent meeting with council officials and other councillors that he raised the issue with Minister for Rural and Community Development, Heather Humphreys.

His question emerged in the context of a query he made about grants from the Town and Village Streetscape Enhancement Scheme.

However, all works had to be completed by Tuesday, May 3 this year to get the funding which was available to individuals and businesses.

Cllr King said the scheme was much appreciated in Rathdowney but the timeframe needs to be reviewed.

“I met Minister Humphreys and asked if you were painting your house what month you would paint it. She said she would paint it in May, June or July,” he told the Borris-in-Ossory Mountmellick Municipal District meeting.

However, Cllr King said not everybody’s application for grants was accepted for the very welcome scheme due to issues including the timeframe to complete the works.

He said that in some instances, money was allocated to applicants but the work did not take place because professional painters and decorators were unavailable.

Cllr James Kelly, Independent, backed his colleague. He said the scheme has been a big success where grants were received especially in Mountrath.

“It has been brilliant. It has changed the town completely. Local people got plenty of work,” he said.

He hoped that the scheme would be renewed in 2023 adding that this could include 2022 plans that did not proceed.

Cllr Ollie Clooney, Independent, called for towns such as Durrow and Cullohill, that were not included heretofore, to become eligible for the next round.

"When a community is looking well it lifts everybody's spirit," he said.

Cllr Kelly agreed but said the work is only 50% completed in the areas that did qualify in 2022.

Mountrath, Mountmellick, Rathdowney, Ballinakill and Ballylinan were included in this year’s round.