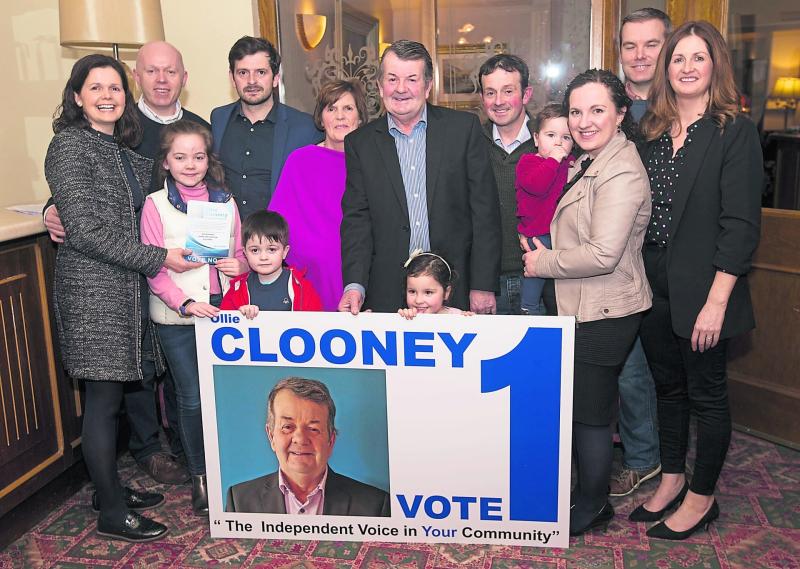 Independent Oliver Clooney with his extended family at the launch of his local election campaign for Laois County Council in 2019. Pic: Alf Harvey

The media played an very important role at the 'frontline' during the height Covid-19 pandemic especially during lockdown, according to a Laois County Councillor.

Cllr Ollie Clooney, Independent, praised the press at a recent meeting with council officials and fellow councillors. He said the local press continued to keep people up to date even when Mass and going to the pub was off limits due to the restrictions.

"I think the press played an awful important role during Covid. When we had nothing else would could go on the computer or buy or local paper. It kept us going. It was absolutely brilliant," he said.

He added that journalists were to the fore with other groups in society.

"They were at the frontline and they were greatly appreciated," he said.

The councillor urged the public to back the local press.

"It's like the local pub. Support what's good and support your community," he said.

Laois councillor asks Government Minister when she would paint her house

Half of money not spent

The tribute was made at the recent Borris-in-Ossory Mountmellick Municipal District Meeting.