Lawlor brace helps Stradbally to victory over neighbours The Heath 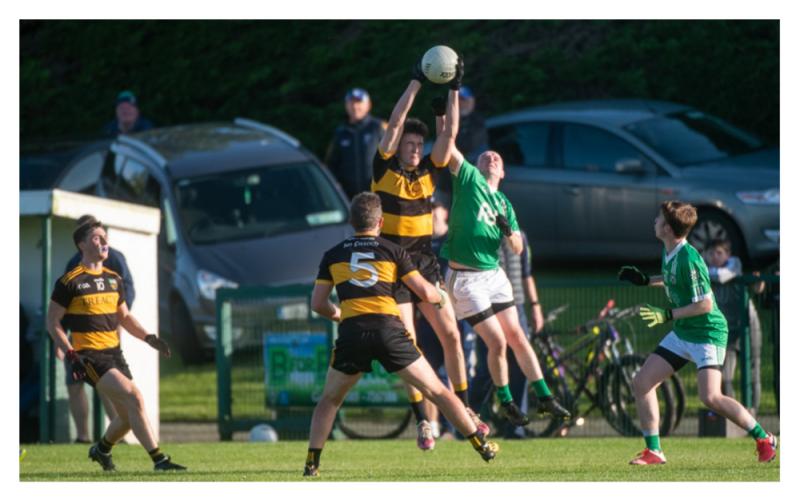 Stradbally have been the most in-form team in the Division 1B league thus far, as they racked up seven out of eight possible wins in the first stage. The men in green and white advanced to the winners’ section, where they faced local rivals The Heath in the opening round.

The Heath, who are now an Intermediate outfit after their relegation last season, finished second in the Division 1B league to advance to the winners’ section as well. However, they proved no match for Stradbally in this opening round match-up, as a Benny Lawlor brace helped the men in green and white pick up another solid win.

The opening stages of this clash were tight and hard-fought. The Heath were first on the scoreboard in Bill Delaney Park, with the energetic James Phelan popping over the opening point. Stradbally replied through Tom Shiel, who converted a placed ball.

The Heath’s centre-back and veteran, Jimmy Nerney, nudged them back in front. Tom Shiel levelled matters again though, as he did well to secure the ball and pop over. James Phelan edged The Heath ahead once more, this time through a placed ball, but Stradbally went on a run after that.

Garry Comerford came charging up from centre-back to blast over a close-range effort after a delightful pass from Jody Dillon. Tom Shiel sent over another free, before Comerford floated over a 65’ to put the home team three to the good.

While The Heath replied through a Conor Booth point, Stradbally sent over another four scores to close the half in stylish fashion. Tom Shiel, Jody Dillon, Conor Goode and Benny Lawlor all raised white flags to help Stradbally go 0-9 to 0-5 ahead at the interval.

The Heath desperately needed a fast start to the second half to keep them within touching distance of their near neighbours. While Conor Booth did open the scoring with a free, Shiel cancelled that down the opposite end with a converted placed ball of his own.

The Heath midfielder, PJ Daly, swung over a sublime score to narrow the lead back to three, but Benny Lawlor came to life then. Lawlor curled over a lovely effort after patient build-up play from Stradbally.

The away side refused to go away, as The Heath knocked over the next two scores. James Phelan and Conor Booth kicked over efforts for them, but Stradbally hit back with their first goal. Tom Shiel squared it to Benny Lawlor, and Lawlor made no mistake with the finish.

Stradbally’s Jody Dillon landed a point from a free, and while Conor Booth replied for The Heath down the other end, Benny Lawlor’s second goal sealed the victory for Stradbally. Lawlor was adjudged to have been brought down in the square, and the Stradbally corner-forward stepped up to place home the penalty.

Lawlor added a couple more points from play before the final whistle, as Stradbally finished deserving ten-point winners in the end. They face Killeshin next, while The Heath take on Rosenallis in the other match.