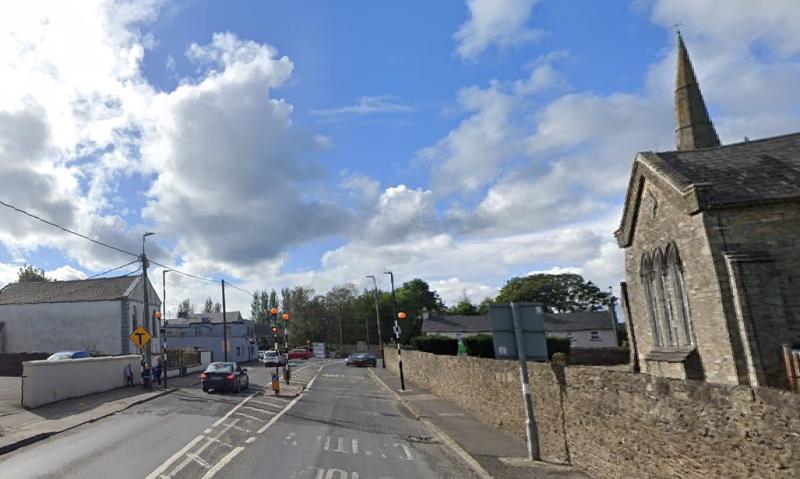 A Mountrath resident claims to have narrowly avoided being knocked down several times on a pedestrian crossing despite making pleas to Laois County Council to take action over many years.

The experience of the local woman was recounted to the local authority’s management at a  recent meeting.

He did so on the back of a plea for help from a resident who he did not identify at the meeting. However, he read the correspondence he received.

“The lack of markings on the road makes crossing the road is extremely dangerous even though the yellow lights are flashing.

“I've been living there for 14 years and have constantly asked for markings to be made on the road. Crossing the road is a death trap. On several occasions I’ve nearly been hit by cars due to the lack of markings,” said the letter read by Cllr Kelly.

“Road markings on the approach to the controlled crossing point will be improved as part of the resurfacing of the Main Street this year,” he said.

Cllr Kelly welcomed the update delivered at the Borris-in-Ossory Mountmellick Municipal District meeting in June. He said he would communicate the plan to the member of the public.