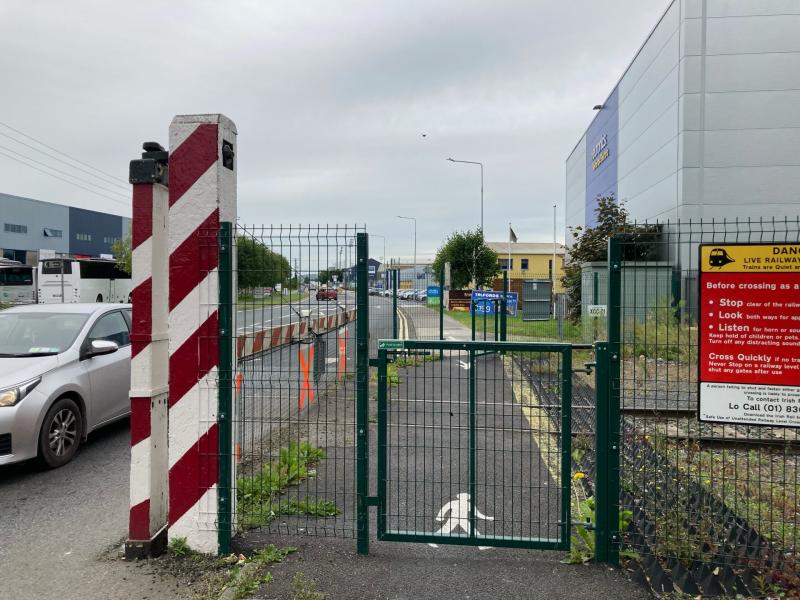 A path across a little used railway line in Laois that took years of negotiation to get, is "very unfair" because it has a gate on both sides that forces cyclists to dismount to open and close them to cross the track.

Pedestrians and especially cyclists are being inconvenienced by the path, installed by Iarnród Éireann and Laois County Council over the level crossing at Fr Browne Avenue in Portlaoise.

Cllr Willie Aird is unhappy with the gates either side of a path across the train track.

"It's families out cycling now on Fr Browne Avenue. You see one adult in front and the other at the back. But when they come to the gate that CIE did, that took us years to get, they have to get down and open and close it.

"It's very unfair. I don't think there is a need for it. It is only used for shunting trains and that means that the cross gate would be closed anyway. I don't know how to start this because it took us 15 years to get the path. The council is doing a wonderful job but CIE has to get on board," the Portlaoise Municipal District councillor said at their June meeting.

He also tabled a motion about the cycle lanes on the road, which is now being used to divert passing traffic from Portlaoise town centre.

Cllr Aird requests that the council will include a digital radar speed sigh in their design of new cycle lanes that are planned on Fr Browne Avenue, which runs from O'Moore Park GAA grounds, to the Mountrath road roundabout.

The council has agreed to include the digital signs in their plan that is being developed to make the road safer for cyclists.

"The signs have to have a physical effect. They are brilliant. You see the traffic taking off after they pass them because they already slowed because it showed them their speed.