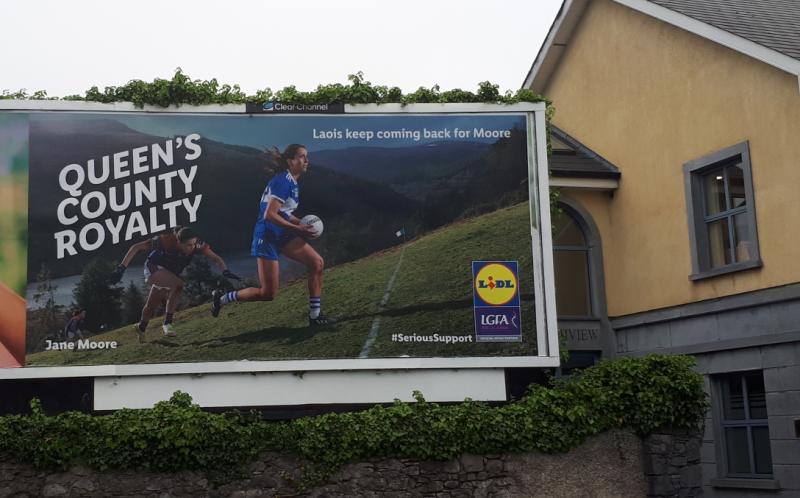 A German-owned supermarket chain has used the colonial name for Laois which is linked to the destruction of the  famous O'Moore and others to promote Gaelic football in the county.

The county was known as Queen's County from 1556 until its name was informally changed on the establishment of the Irish Free State after the War of Indpendence in 1922.

In 1556, the Portlaoise was named Maryborough and Laois renamed Queen's County in honour of the English queen, Mary Tudor also known as 'Bloody Mary'. The queen, who was daughter of Henry VIII, also issued orders for the plantation of Laois with English settlers.

Mary I is best known for her vigorous attempt to reverse the English Reformation, which had begun during the reign of her father. During her five-year reign, she had over 280 religious dissenters burned at the stake in the Marian persecutions.

Historians say over 180 family members of the O'Moore clan were murdered with virtually all of the leaders of Laois and Offaly rebellion by the English at a feast at Mullaghmast, Co Kildare in 1577, Rory Óg O Moore and his wife Maighréad O'Byrne, were hunted down and killed soon afterwards. This led to the political downfall of the O'Moore family; their estates were given to English settlers.

Laois County Council's history of Laois says the power of the Gaelic chieftains like the O'Moore's was broken and by 1610, most of Laois’ Irish nobility had been transported to Connacht and Munster. Catholic tenants and landless labourers remained behind and served the Protestant settlers who now owned the land.

Ironically, the the player featured in the ad is Jane Moore.

One of the most visible legacies of Queens County in Portlaoise is the Fort Protectorate where English military forces were headquarted during the conquest and plantation. It is now undergoing conservation work.

Neither Lidl or the LGFA have so far opted to comment.