Wet, cold and dull - is there any chance of summer weather? Met Éireann has the forecast 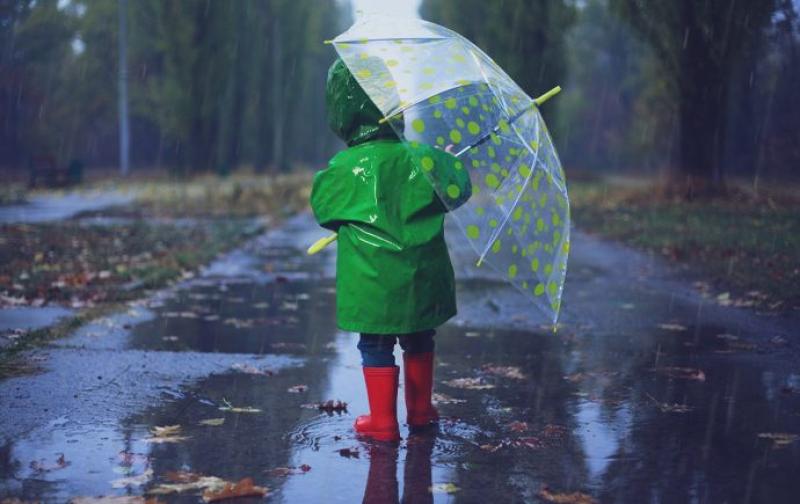 It's rained more than three time the average for mid-summer and land is saturated in parts of Ireland according to Met Éireann's forecasters who anticipate a small lift in conditions for the first weekend of July.

The forecaster's farming section says rainfall in the seven days to Monday, June 27 were "well above average" over much of the country with 1.4 to 3.5 times the normal amounts recorded in some parts of the country.

For the coming week Met Éireann says it will be wetter than normal for much of the country with 1.5 to 2.5 times the normal amounts. Amounts will likely be higher locally in any thundery downpours.

It has been cooler than average also and this trend is set to continue into July with Met Éireann saying it will be two degrees below average for the time of year.

On the sunshine front, it's been duller than average. Met Éireann says there will be a good deal of cloud at times over the coming week keeping sunshine amounts below average in most areas.

The land has or is reaching saturation point around Ireland.

As to the general forecast Met Éireann says it will be changeable and quite cool overall with rain continuing and temperatures dropping to as low as 6 degrees. The weekend could bring some signs of relief with Sunday expected to be a bright fresh day with sunny spells. MORE BELOW TWEET.

Looking ahead for the week?

But between showers, there’ll be sunny spells & drier intervals developing for next weekend ️

Tuesday: Cloudy conditions with rain over the eastern half of the country will continue to clear into the Irish Sea. Brighter and drier weather elsewhere with sunny spells and scattered showers will extend to all parts as the afternoon progresses. Some of the showers will be heavy with an isolated thundery burst possible. Highest temperatures of 14 to 19 degrees, in a moderate to fresh and gusty south to southwest wind, that will be strong along coasts.

Tonight will bring clear spells and a few scattered showers. Lows of 7 to 11 degrees, in light southwesterly or variable breezes. A few mist patches will form.

Wednesday: A mix of sunny spells and scattered showers. Some of the showers heavy especially during the afternoon. Highest temperatures of 14 to 19 degrees, with a light to moderate west to northwest breeze.

Showery rain will continue in parts of the east on Wednesday night. Elsewhere, there will be drier conditions though some showers will also feed into the western coasts later in the night. Lowest temperatures of 6 to 10 degrees, coolest in the west in light westerly or variable breezes. A few mist or fog patches in parts too.

Thursday will bring a mix of sunny spells and showers. Some of the showers will be heavy and possibly thundery, especially in parts of the northeast. Highest temperatures of 15 to 19 degrees, in light to moderate westerly or variable breezes.

Mostly cloudy on Thursday night with showery outbreaks of rain or drizzle in parts of the north. Lowest temperatures of 8 to 10 degrees in light southwesterly breezes.

Friday morning will bring a few scattered showers and some bright spells at first. Outbreaks of rain or drizzle then spreading over the country during the afternoon and evening. Highs of 14 to 17 degrees, in mostly moderate south to southwesterly winds.

SATURDAY: Winds will veer west to northwest on Saturday bringing further showers but a lot of dry weather in the south and southwest. Some bright or sunny spells too especially later in the day with temperatures marginally higher.

SUNDAY: Current indications suggest that Sunday will be a bright fresh day with sunny spells and a few light passing showers, mainly in the north.