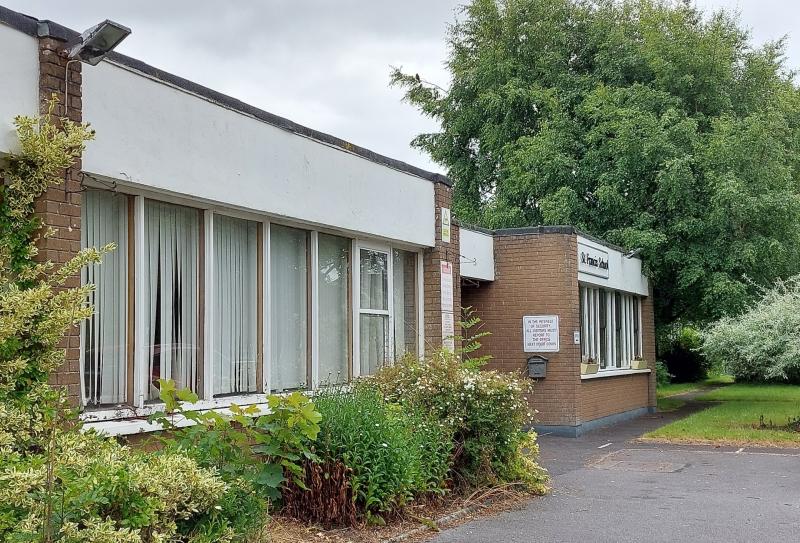 A government agency that boosts Laois community development has confirmed to the Leinster Express that it will be the new occupant of a vacant old school in Portlaoise, with a plan to invest public funds to bring it up to high energy rating standards as its Laois headquarters.

Laois Partnership Company employs 240 staff across the county, and intends to move 27 of its staff out of Laois County Council's County Hall, into the former St Francis School on the Timahoe Road this autumn.

The 1970s flat roofed poorly insulated building (pictured below this week by Leinster Express) had been considered not financially worth renovating or insulating by the Department of Education. 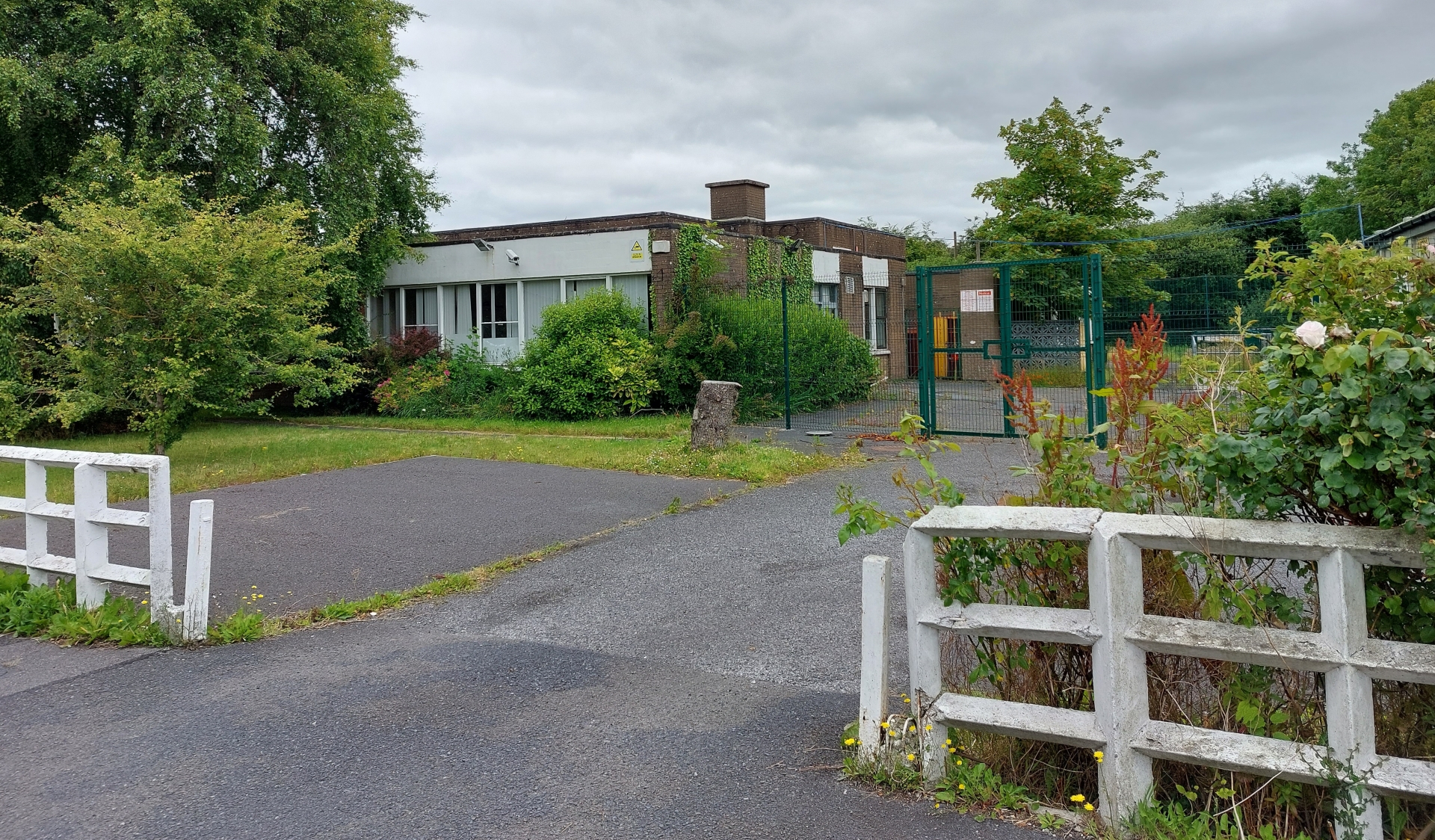 However Peter O'Neill, Chairperson of Laois Partnership Company, is confident that it can be upgraded to comply with modern building safety standards and eventually reach a low energy rating.

They are on the verge of signing a long term lease with Portlaoise Parish to take on the building, after which works will begin.

“We are in a position to be able to carry it out. The renovations will be done in phases. We hope to move in September after renovation in the short term to comply with regulations.

“In the long term we will be carrying out a full renovation on the building and making it energy efficient including installing solar panels,” he said.

As well as staff offices and training rooms, it is hoped that there will be rooms available to hire out to community groups to hold meetings he said.

The building will also be the new base for Fáilte Isteach, where local volunteers teacher the English language to non Irish people. Currently they are helping 40 Ukrainian people to learn English.

“It means that there will be no change of use from education and training,” Mr O'Neill said.

Carparking will be offered at the back of the school in what was the old playground. The prefab classrooms beside the school will remain on site.

“We are delighted to be making this our new headquarters. It will be ideal for training. It will be a massive positive for the town and will be for the benefit of the community.

“We will have space to rent out for training and development courses, and a possibility of a remote working hub,” he said.

The move is the culmination of four years of planning.

“We have been looking at the building for the past three or four years when I first approached the parish.

“We are delighted at the assistance we got from Portlaoise Parish and from Monsignor Byrne in particular,” Mr O'Neill said.

The old St Francis School building, built on land owned by Portlaoise Parish, was vacated a year ago when the special school's 100 children and school staff moved to their new building on the Borris Road.

It had followed a five year wait after a new school was first announced in 2017. That announcement by the department only came after parents started a public campaign and formed a sub-committee to seek a new building for their children.

Laois Partnership Company gives a range of suppport to develop communities in the county. Those include TUS and CE work placements, business start supports and training for the unemployed, family support, health and wellbeing supports, and training and education.