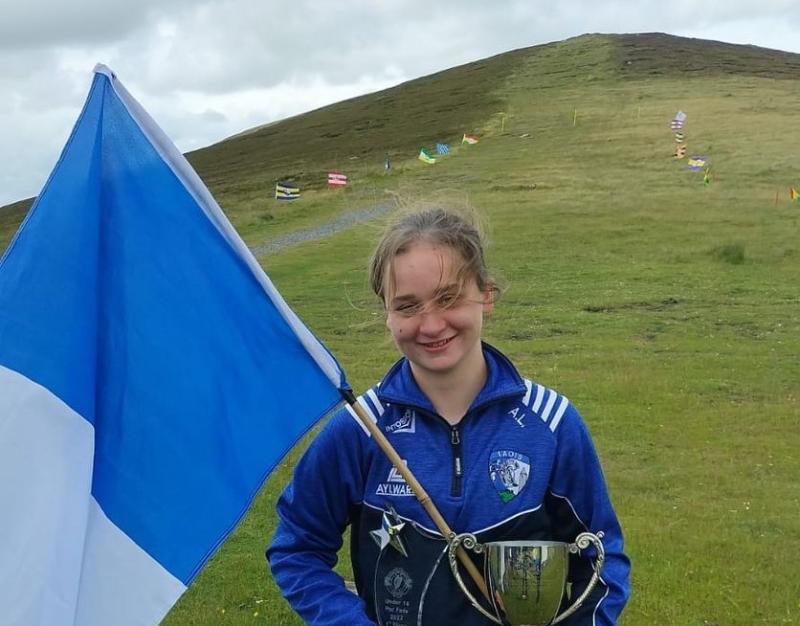 Amy Lacey after winning the Leinster Poc Fada in Carlow

A Laois camogie player is set to compete in one of the most historic events on the Gaelic Games calendar over the August Bank Holiday Weekend.

Amy Lacey of The Harps is set to represent Laois at the M.Donnelly Poc Fada to take place on Annaverna Mountain, Cooley in Co Louth on Monday, August  1.

Amy, who recently was victorious at Mount Leinster in Carlow, in the U16 Leinster Poc Fada, will take on three players from Ulster, Connacht and Munster in the All-Ireland Final.

The Cullohill / Durrow club member will compete in the mountains which are the mythical home of hurling as told in the Táin Bó Cúailnge (Cattle Raid of Cooley), when Sétanta travelled through the mountains hitting his sliotar before him on his way to Emain Macha. This feat is re-enacted every year in the All-Ireland Poc Fada Championship on Annaverna Mountain. MORE BELOW PICTURE. 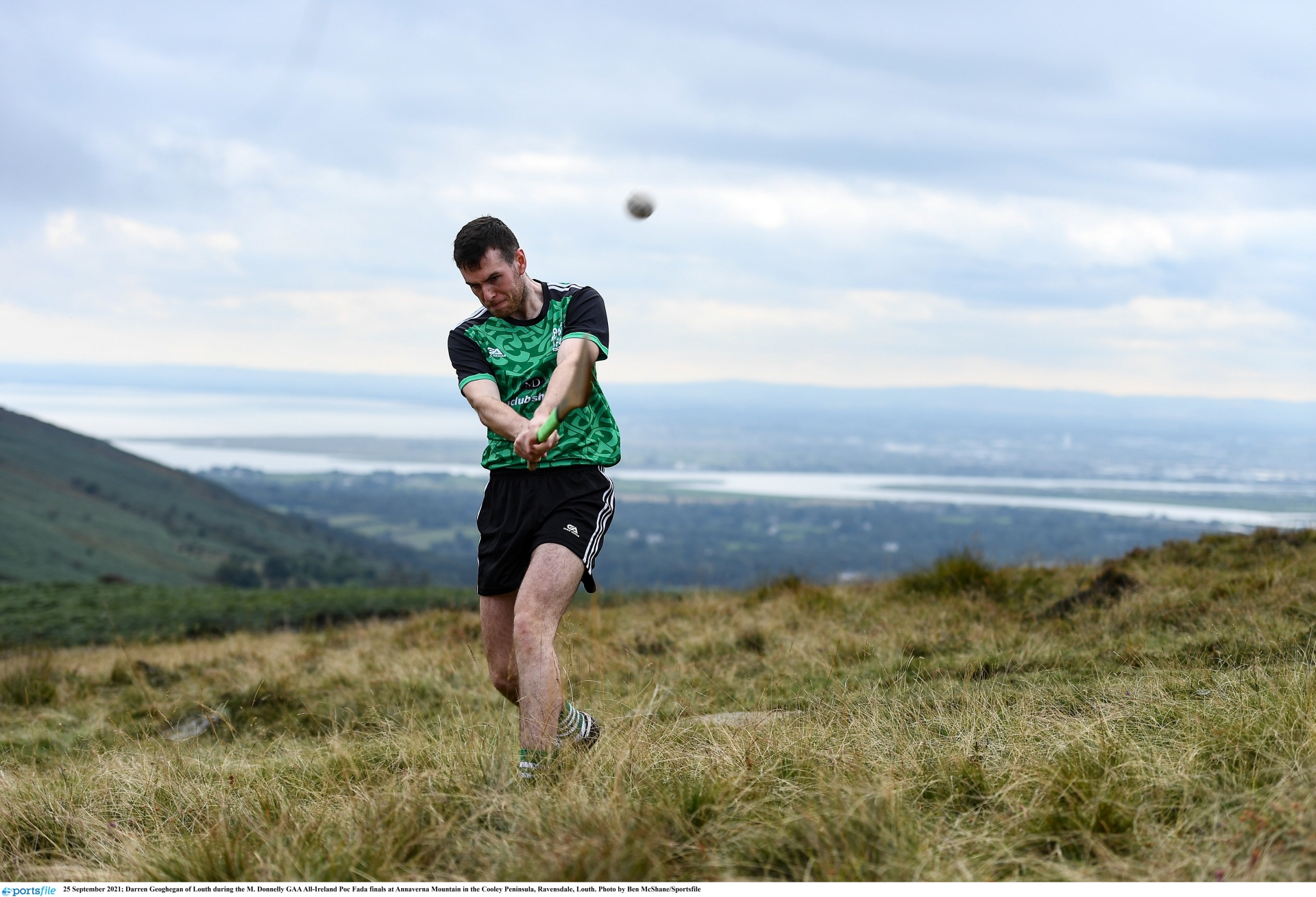 This year will see the provincial winners in all competitions return to Annaverna Mountain in a highly competitive field after the special 2021 event marked 60 years of All-Ireland Poc Fada competition.

It also sees Under-16 competition in hurling and camogie with the four provincial winners in each code coming to the Cooley Mountains.

The GAA says this unique Gaelic Games contest promises to be a great day of sport. GAA Ard Stiúrthóir CLG, Tom Ryan spoke at the launch of the 2022 M.Donnelly Poc Fada finals.

“Gaelic games give us a link to our history and heritage and this is especially true of the Poc Fada. Over the beautiful but challenging course of the Annavernagh mountains, hurlers and camogie players get to continue a tradition that we trace back to Setanta and beyond. I thank Martin Donnelly for his continued support of this competition and the organising committee for their commitment to maintaining this tradition and wish everyone the very best out on the mountain course in the coming weeks.” MORE BELOW PICTURE. 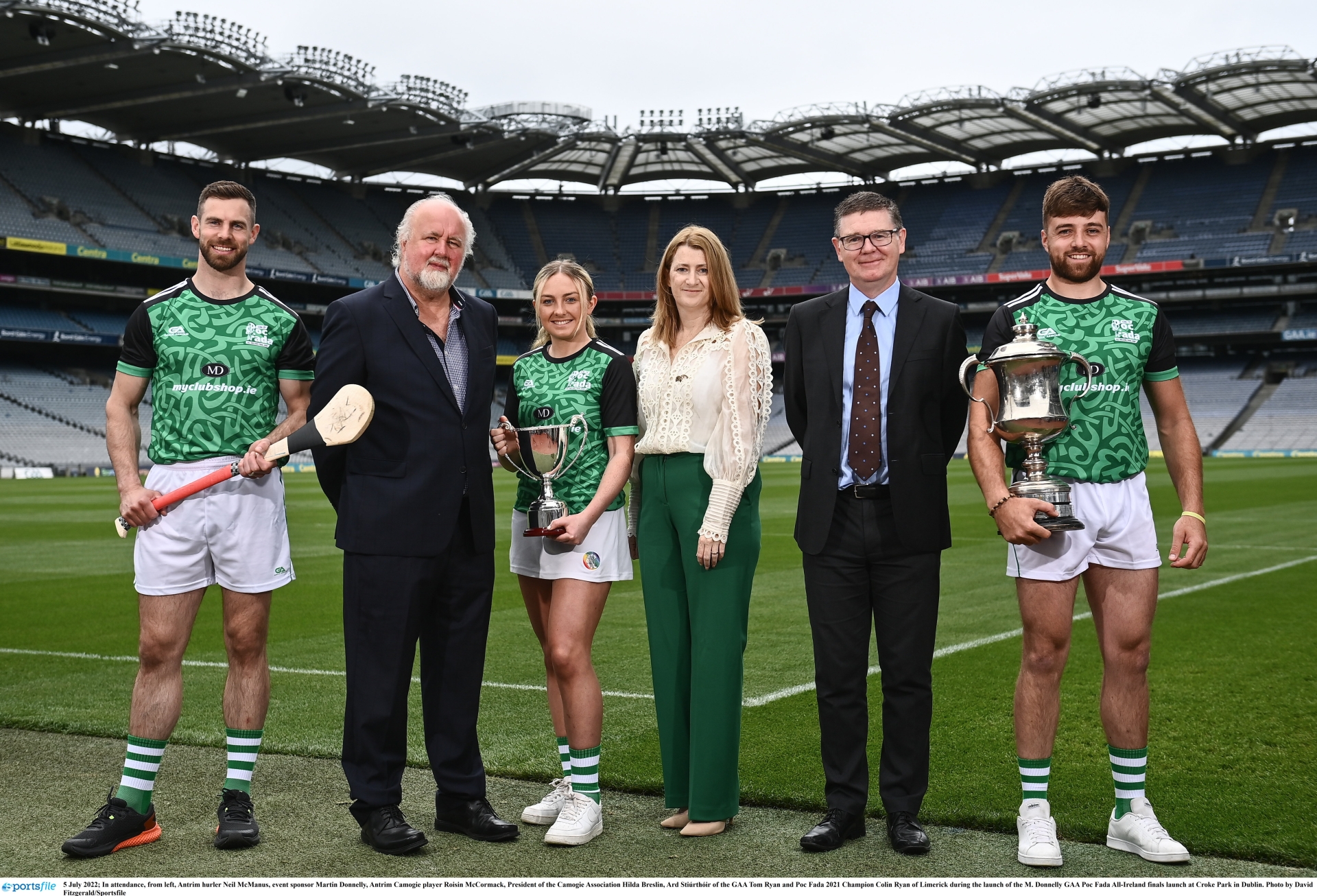 “It’s fantastic to see the All-Ireland Poc Fada Finals proceed once more this year, this is a unique and exciting competition which showcases some of the key skills of our games and is always an exciting day in the Camogie calendar. I am particularly enthused to see such a star-studded field taking part on what should be a fantastic occasion in the Cooley Mountains.”

On the Camogie side, champion Molly Lynch from Cork defends her title against a field that includes Antrim’s Roisin McCormack who also took part in the 2021 competition.

The M. Donnelly GAA All-Ireland Poc Fada Final proceedings will get under way at 11.30am on Annaverna Mountain, in the Cooley Range, Ravensdale on August 1.