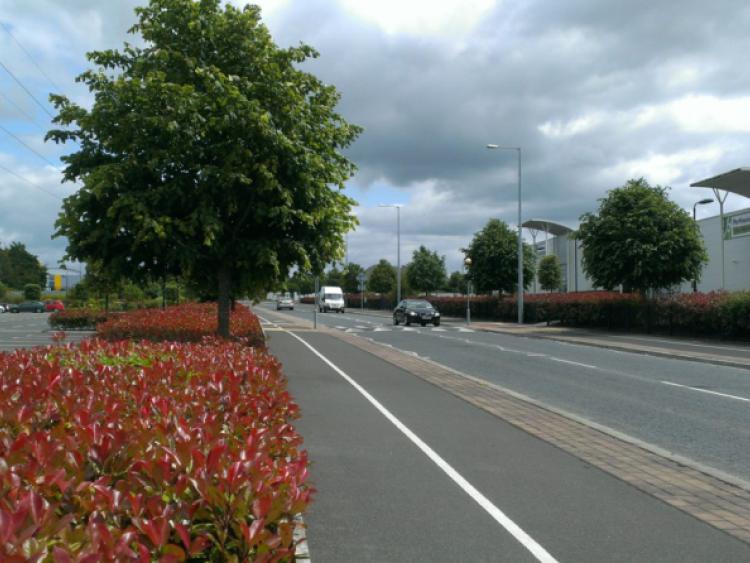 Laois County Council have plans to turn a link road in Portlaoise, where five of the towns primary schools are located into the main road for traffic passing through the town.

Laois County Council have plans to turn a link road in Portlaoise, where five of the towns primary schools are located into the main road for traffic passing through the town.

The Council have made a submission to the National Roads Authority to redesignate the Portlaoise South Circular Route as the N80. Upwards of 2,000 children will attend school each day.

The council have so far failed to make their plans known to the schools already opened on the Southern Circular Road, the parents of the school children or to the local gardai.

Superintent Joe Prendergast said Portlaoise Gardaí had not been asked for a submission. He could not commment further until seeing the plan.

However, the parish schools, which are currently under construction have made provisions for being located on a national road in the plans for their building.

Chairman of the Parish schools investigated the details after being contacted by the Leinster Express.

“It was a condition on our planning that a road be constructed around the perimeter of the school buildings, and we had to factor in a pick up and drop off point inside the campus,” Msgnr John Byrne said.

He added that it had been an added cost to the building of the school campus.

In their Budget report for 2015, acting County Manager Gerry Murphy revealed that a submission had been made and if it was successful, it may allow for NRA funding to complete the link from the Abbeyleix Road to the Timahoe Road.

A representative of the Roads Department saidthey had been in talks with the National Roads Authority over the past few months.

“A feasibility report is currently being carried out to investigate the suitability of the existing circular roads above to be reclassified as the N80 and following the publication of this study, the NRA will make a further determination on the matter in consultation with Laois County Council.”

Asked if there had been any consultation with parents or schools, she declined to comment.

However, the NRA said they were unaware of any such proposal.

It was initially proposed that the Portlaoise South Circular route would connect the Abbeyleix Road, to the Timahoe Road and to the N80 Stradbally Road via the planned Lismard Property Development, the Ridge of Maryborough and connect to the existing access road within the Summerhill Development.

However, due to a lack of funding the 650metre link from the Abbeyleix Road to the Timahoe Road was never completed.

Originally, the plan was for the Portlaoise Northern Orbital Route to act as a bypass for the N80, which runs through the centre of the town. But plans for this road have also been shelved by the council.

In 2013, the council granted planning permission to Dan Morrissey to convert five units to wholesale warehouse use, directly across from the Portlaoise Retail Park.

Labour senator, John Whelan said he was also unaware of any plan to change the route of the N80, but he said he was sure the council would not “do anything that would lead to a traffic hazard or create danger.”

“This could be a good thing for the upgrade and connectivity of Portlaoise. It’s not necessarily a negative thing,” he said.

Regarding the schools on the road, Senator Whelan said the big danger was people not adhering to parking guidelines.

The Portlaoise Southern Circular Road was opened in June 2011 by the former Minister for Environment, Phil Hogan.

Local councillors lobbied the Minister for the money to complete the road. They said the opening of the road was an important step in opening up the south and west of Portlaoise Town for future development. It was also hoped that the road would relieve the town centre of traffic congestion.