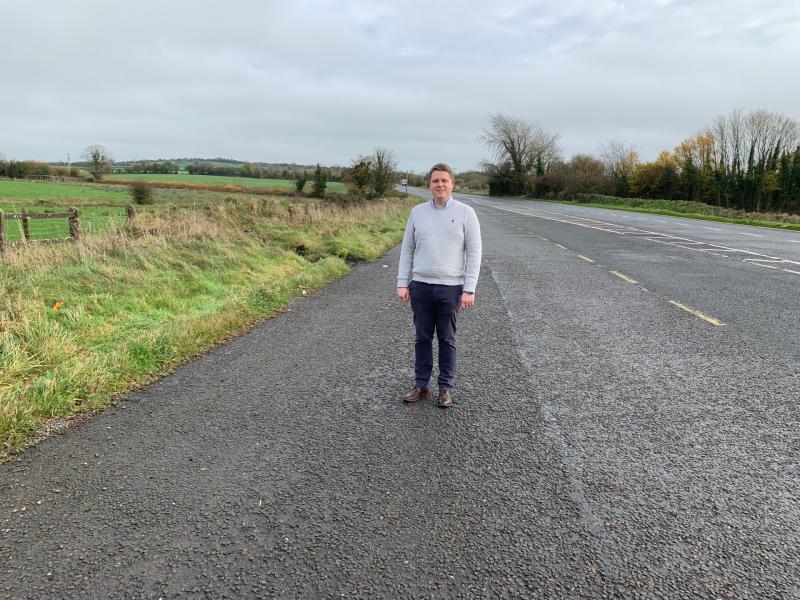 Public money is being requested to fix the final deteriorated stretch of the former N7 Limerick Dublin road through Laois.

The road was downgraded when the M7 opened in 2010 but it became busy again as traffic diverted to avoid paying motorway toll charges.

It is near the Pike of Rushall and Borris-in-Ossory in south Laois.

Laois County Council got €680,000 at the start of 2022 to do work on other sections of the road, and they are now applying for more money to do the final section in 2023.

Cllr Conor Bergin says the stretch of road is "probably one of the worst left" to be done.

He tabled a motion to the Borris-in-Ossory Mountmellick July meeting, to ask the council to apply for funding to resurface the R445, formerly N7 road at Ballytarsna, Pike of Rushall, under the Former National Roads category of the 2023 Regional & Local Roads funding.

"This road is in a special category, it was the main Dublin Limerick road for many years. Traffic has increased again lately. This section is probably one of the worst left. I drive it every day. I hope we get this funding. We were fortunate last year to get nearly €700k which took out three of the worst stretches," Cllr Bergin said.

"This is really needed, it has really deteriorated. A lot of heavy goods vehicles are coming off the M7 through Borris-in-Ossory and Mountrath.

He praised recent roadworks in the area.

"I commend Laois County Council, their contractors did the main street in Mountrath and had it done a day early. Traffic managment went very well too. A lights system has gone in at Derrincross. I hope this road goes in the 2023 programme but we need the full support of the council on this," he said.

In reply, roads engineer Adrian Barrett stated that the section will indeed form part of their application for Former National Roads funding in 2023.

The successful projects will not be announced until early 2023.