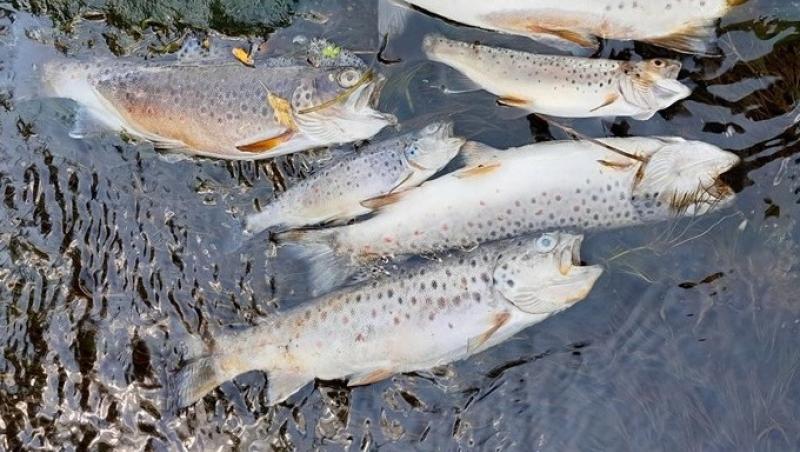 There is devastation among anglers in Rathdowney as major fish kill has led to thousands of fish being confirmed dead.

An official investigation is underway following the deaths of at least 2,000 wild brown trout alone. However, young salmon and other fish and shellfish were also killed on the River Erkina, near Rathdowney.

The cause is now under investigation by Inland Fisheries Ireland which confirmed the incident which happened in recent days to the Leinster Express.

The kill has spelled an abrupt end to the fishing season for Rathdowney Angling Club, and possibly even the 2023 season. Secretary Rory Maher spoke about what happened.

"It is devastating, especially when we are trying to get young members to join, it's hard enough to get them to join. Thousands of fish have been killed along probably four miles of river out from Rathdowney.

"We discovered it last week. We saw some dead trout and it was only when we walked back we saw them the whole way along.

"It is not just fishing impacted, its all the wildlife on the river, like ducks, herons, egrets, kingfishers, the whole ecosystem has been affected," he said.

"We want to find the cause so it can be fixed. We reported it to the IFI and they will run tests now," he said. 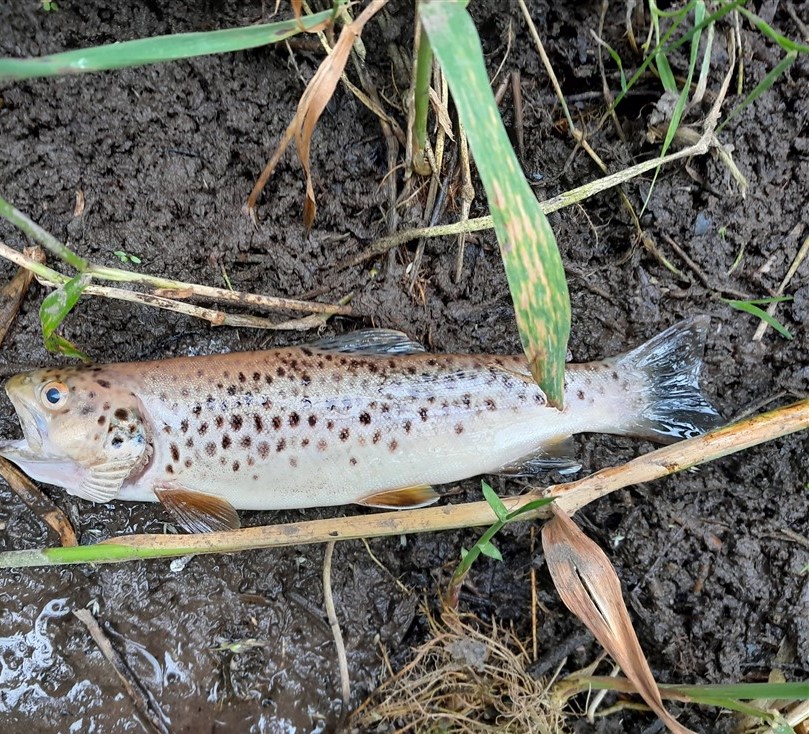 Inland Fisheries Ireland issued this statement to the Leinster Express on July 29.

“Inland Fisheries Ireland, the state agency responsible for the protection and conservation of freshwater fish and habitats, is investigating a significant fish kill incident in the River Erkina, near Rathdowney in County Laois.  Environmental and Fisheries Officers from the South-Eastern River Basin District were alerted to the incident by a member of the public on Wednesday, July 20th 2022.

Death of wife and mother of Laois county councillors

They estimate more than thousands trout alone are dead.

“Inland Fisheries Ireland estimates that there could be in excess of 2,000 trout killed in the incident, in addition to other species, such as salmon parr, lamprey and crayfish. Inland Fisheries Ireland notes that fish species in the Erkina are very vulnerable currently, due to higher water temperatures and lower water levels at this time of year. If there is less oxygen in the water, fish find it extremely difficult to survive as a result.

“Investigations into this fish kill incident are ongoing and Inland Fisheries Ireland is not in a position to comment on the cause at this stage.”

To report fish kills or water pollution, members of the public are being encouraged to call Inland Fisheries Ireland’s new confidential 24-hour hotline number on 0818 34 74 24, which is open seven days a week.