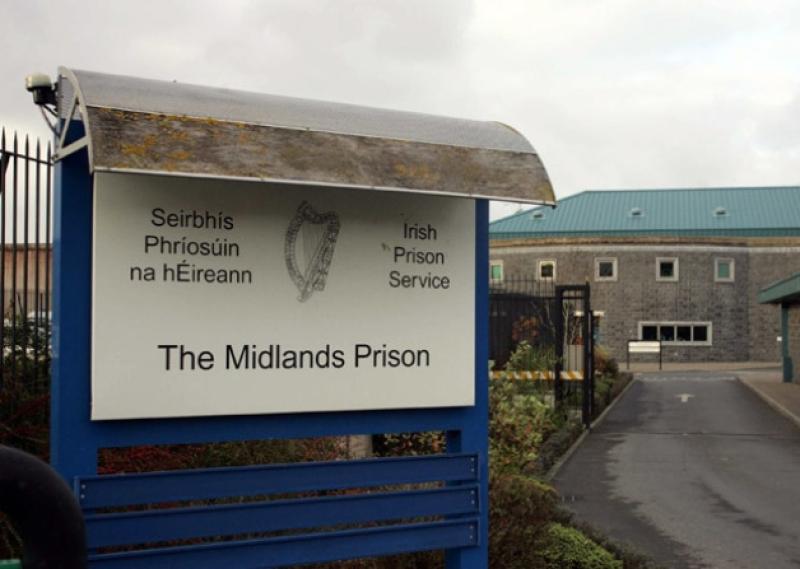 There have been over 140 attacks on prison staff in Portlaoise in the past ten years.

The figures were revealed in response to a parliamentary question from  Deputy Peadar Tóibín late last month.

Minister for Justice Helen McEntee said figures are not available for 2022 as records are collated on a yearly basis and published in March or April of the following year.

“This allows for more accurate recording as a person may not report an assault for a number of months and it also provides an opportunity for a more in depth analysis of the figures before statistics are published,” Minister McEntee explained.

However, she provided tables showing the figures from 2012 up to and including 2021. These reveal prisoners assaulted 57 inmates and 13 staff in the Midlands Prison last year alone. There were no reported assaults on staff or inmates in Portlaoise Prison last year. 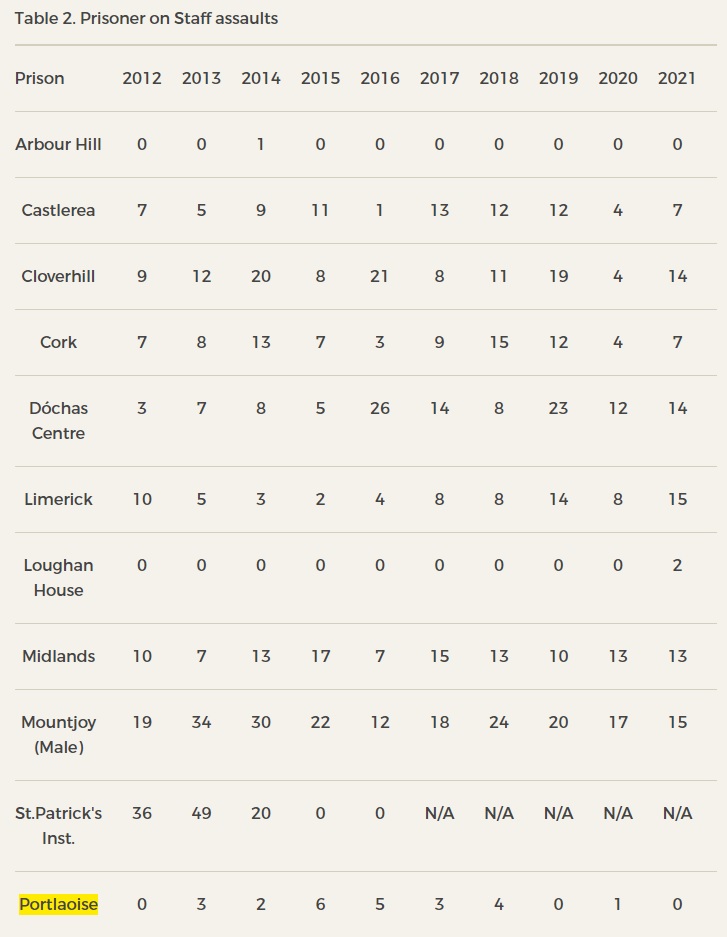 In total, the figures show assaults were carried out on staff at the Midlands Prison in Portlaoise 118 times between 2012 and 2021. During the same period, there were 528 reported assaults on inmates.

The high security Portlaoise Prison, which holds far fewer inmates, recorded 24 assaults on staff between 2012 and 2021 and 64 assaults carried out by prisoners on other inmates.

Minister McEntee said: “Any act of violence against a person is unacceptable whether it is carried out against a prisoner, prison officer or other staff member. I am advised by my officials in the Prison Service that necessary supports are available to those who are the victims of such assaults.” 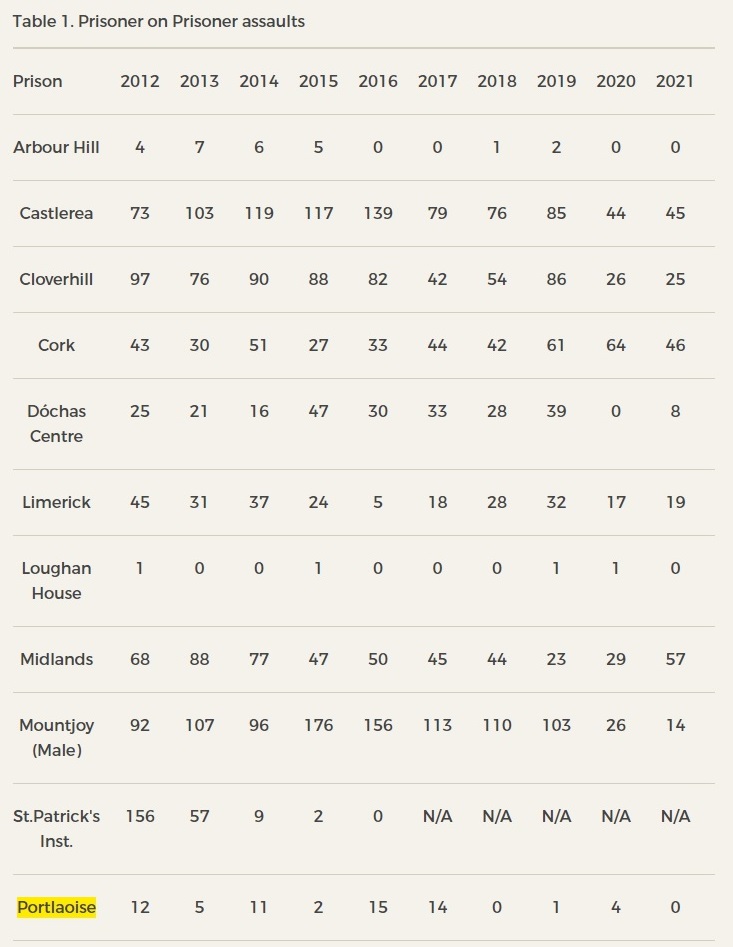 “I am further advised that in accordance with Prison Rules 2007 any criminal act carried out within a prisons is reported to An Gardaí Síochána for investigation and prosecution and are referred to the medical teams within the prison for attention and follow up action where necessary,” added Minister McEntee.