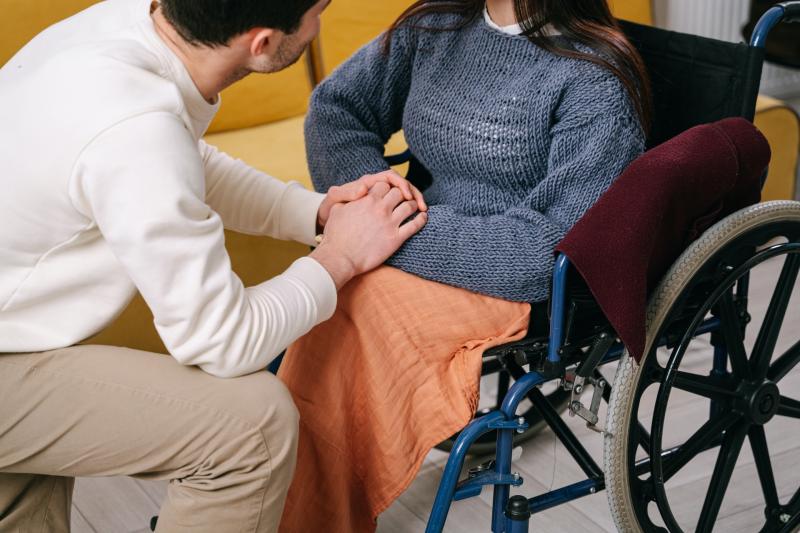 A Laois residential centre has received glowing praise from HIQA, both for its staff and facilities.

The Health Information and Quality Authority inspector describes The Cottages centre as charming, cosy and pleasant in their report published this week.

The centre is in an unidentified Laois village, which cares for eight residents with disabilities. Run by the Muiriosa Foundation, it was found to be 'substantially compliant' with infection control regulations.

One issue since rectified was that cooking utensils and food were stored in a utility room where clothes were washed. A worn floor is also to be replaced in the room, to ensure it can be properly cleaned.

Staff were warmly praised for their care and interaction with residents, who chatted with the inspector.

"There was a very pleasant atmosphere in both aspects of the centre and some residents were having a sleep-in on the morning of inspection. As residents got up for the day they sat and chatted with staff members as they had their breakfast.
One resident sat with a staff member for a period of time looking through two photo albums which their family had assembled for them. The resident communicated non verbally with the staff member and they smiled warmly as they looked at old
photographs of themselves at work and also attending family events.

"Three residents spoke with the inspector and they all stated that they liked their home and the staff who supported them. One resident chatted freely for a period of time and they spoke about how they attended a new hair salon recently and that staff assisted them to get out and about. They were very relaxed and when the senior manager attended they both sat and chatted about times gone by and where the resident came from and where they had lived prior to moving to this centre. The
staff member who supported them interacted in a kind manner and they also laughed and joked with the resident who responded warmly to this banter," HIQA report.

"The inspector found that residents enjoyed living in this centre and that the arrangements which were implemented by the provider promoted their overall wellbeing and safety. The inspector met with five residents on the day of inspection and
the inspection was facilitated by staff who were on duty and a senior manager also attended for a period of time.

The inspector described the centre as "charming" with "cosy" bedrooms.

"The centre comprised two separate houses which were located on one site in a village in the midlands. Both houses had been renovated in the past and gave the centre a charming feel with both traditional and modern elements incorporated into
each home. One aspect of the centre provided residential services for three residents and a social model of care was provided here.

"The second aspect provided a nurse lead residential services for five residents who required more assistance with their medical needs. The premises was warm and inviting and each resident had their own bedroom was was cosy and decorated with items of personal interest.

"One resident who had an interest in farming showed the inspector their bedroom which had displays of farm machinery and posters of farm animals. The senior manager stated that this resident also likes to visit a nearby farm where they enjoy watching the cows going to and from the milking parlour.

"The inspector found that many areas of the centre were well maintained and the provider had completed a review of the premises to identify areas which required maintenance such as tiling and resealing of some shower units. The inspector found
this was a proactive measure to ensure that residents were living in a premises which was in a good state of repair and to assist in ensuring that staff members could effectively clean and disinfect all areas of the centre.

"Although, the provider was actively trying to improve maintenance within the centre, some areas which required improvement were not identified. For example, a utility room in one house had worn flooring which hindered staff from properly cleaning this area. Furthermore, this utility which was used for the laundering of clothes, was also used
for the storage of some food products and cooking utensils which had the potential to impact on food safety in this centre. This was brought to the attention of the provider who acknowledged that there was an issue with space and storage in this house which required further attention.

"Residents attended regular house meetings in which topics such as meal choices, activities and the general operation and the running of the centre was discussed. The inspector observed that residents were supported to wash their hands and a
resident said that they protect themselves by regularly washing their hands, especially when they go out.

"The provider had also provided information on the importance of hand washing in an easy-to-read format to assist residents in understanding this area of care.

"Overall, the inspector found that the centre was a pleasant place in which to live and that residents enjoyed their home and the company of staff who were on duty on the day of inspection. Many areas of the centre were well maintained and clean;
however, one area required further attention in terms of cleaning and maintenance."

It is one of 32 inspection reports published this week by HIQA on infection control in designated centres for people with disabilities around Ireland. The inspections were carried out to ensure strong infection controls post Covid. Nine centres were found to be non-compliant.

Inspectors found a variety of problems, including insufficient infection control audits and risk assessments, a lack of clear guidance and training to staff, insufficient hand sanitising facilities for staff and residents and poor condition of some premises undermining the provider’s ability to protect residents and staff from the risk of infection.