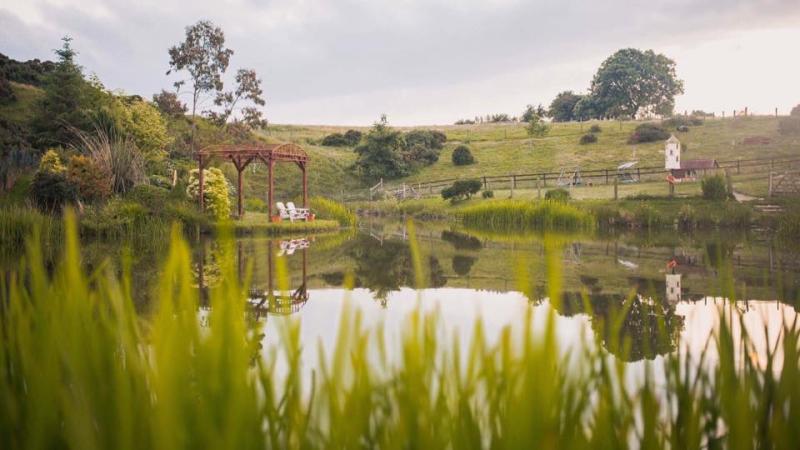 A new Laois wildlife friendly cultivated garden, lake and woods created on the site of an abandoned opencast coal mine "wasteland" is set to open to the public from this weekend.

Sandra and Eugene Kelly, owners of Turra Lodge Farm near Ballickmoyler, are a pair of inspirational garden enthusiasts. For the past few years they have been quietly restoring land that was exploited by mining in the past.

Sandra says the land was once a heaven for wildlife, with hedgerows and meadows for all sorts of pollinators to thrive. The mine was then opened in the 1970’s and the pollinator habitat slowly destroyed. From eliminating growth to make way for machinery, to damaging the soil in a hunt for minerals the natural composition of this land was turned to ruin.

The mine was later closed in the 1990’s when the miners hit a natural spring that flooded the land deeming it unsalvageable. After being left in a state of abandonment this wasteland was later acquired by Eugene and Sandra who made this neglected space their home.

“It wasn’t the most attractive site at the time, but we saw its potential and a space for our five children to grow up surrounded by nature.”

Eugene sees the bright side of finding the mine.

“I see this mine to have been a blessing in disguise”.

The mine and natural spring now feature a lake and wildlife heaven. Over the years as the space has naturalised with wildflowers and aquatic plants it has transformed to a natural utopia. 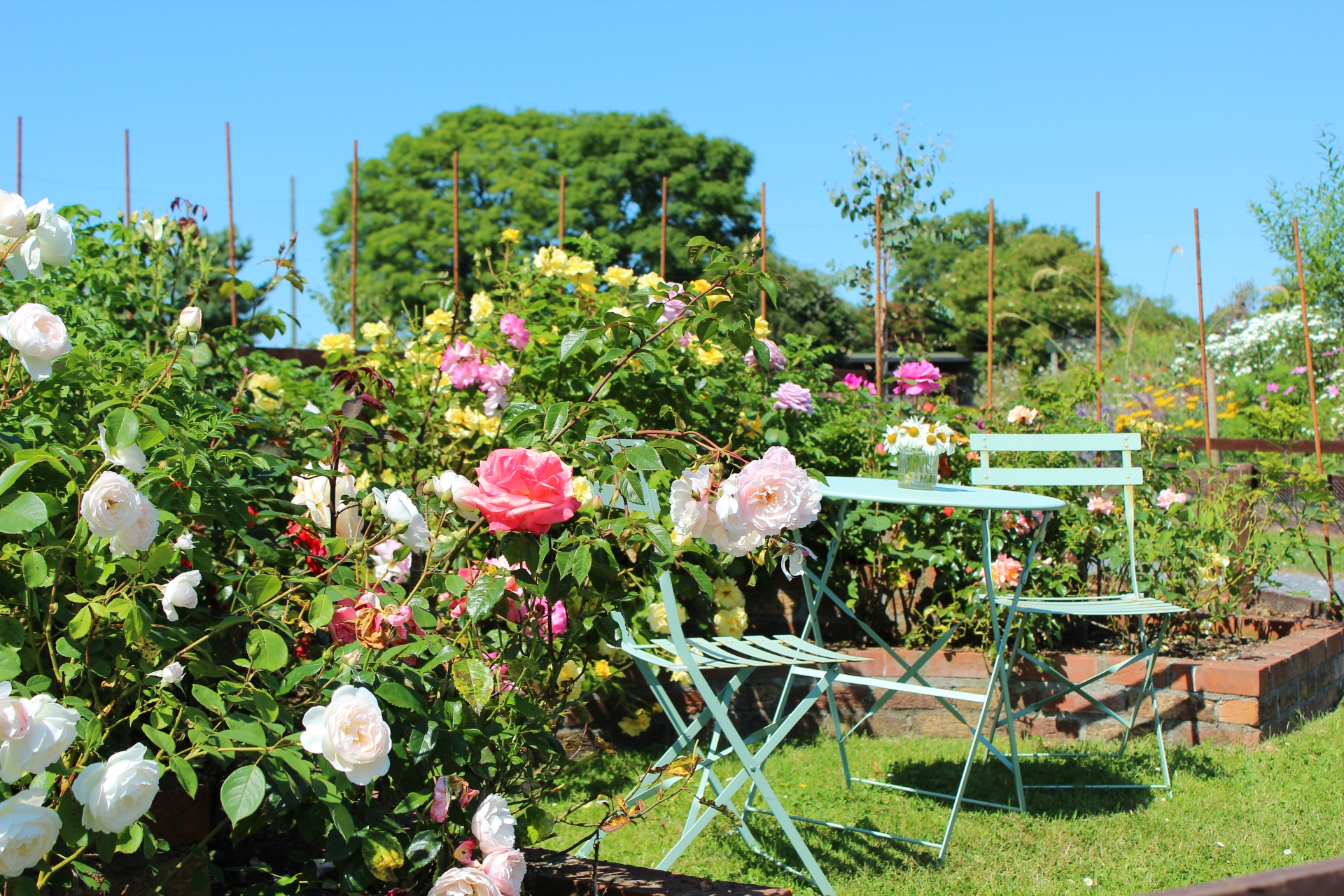 "The wildlife have returned alongside this naturalisation with various species such as dragonflies, butterflies, rabbits and even moorhens now enjoying the area. The hill of surface soil behind the lake is also now left wild and undisturbed. As it is covered in wild species it offers the pollinators and wildlife in the area a safe heaven," Eugene said.

The family have taken things one step further than providing this undisturbed area on the farm. They also design all their gardens with pollinators as the top priority. Introducing wildflowers into the perennial borders along with butterfly friendly habitats such as nettle ditches, the Kelly family have created a beautiful display of pollinator paradise. 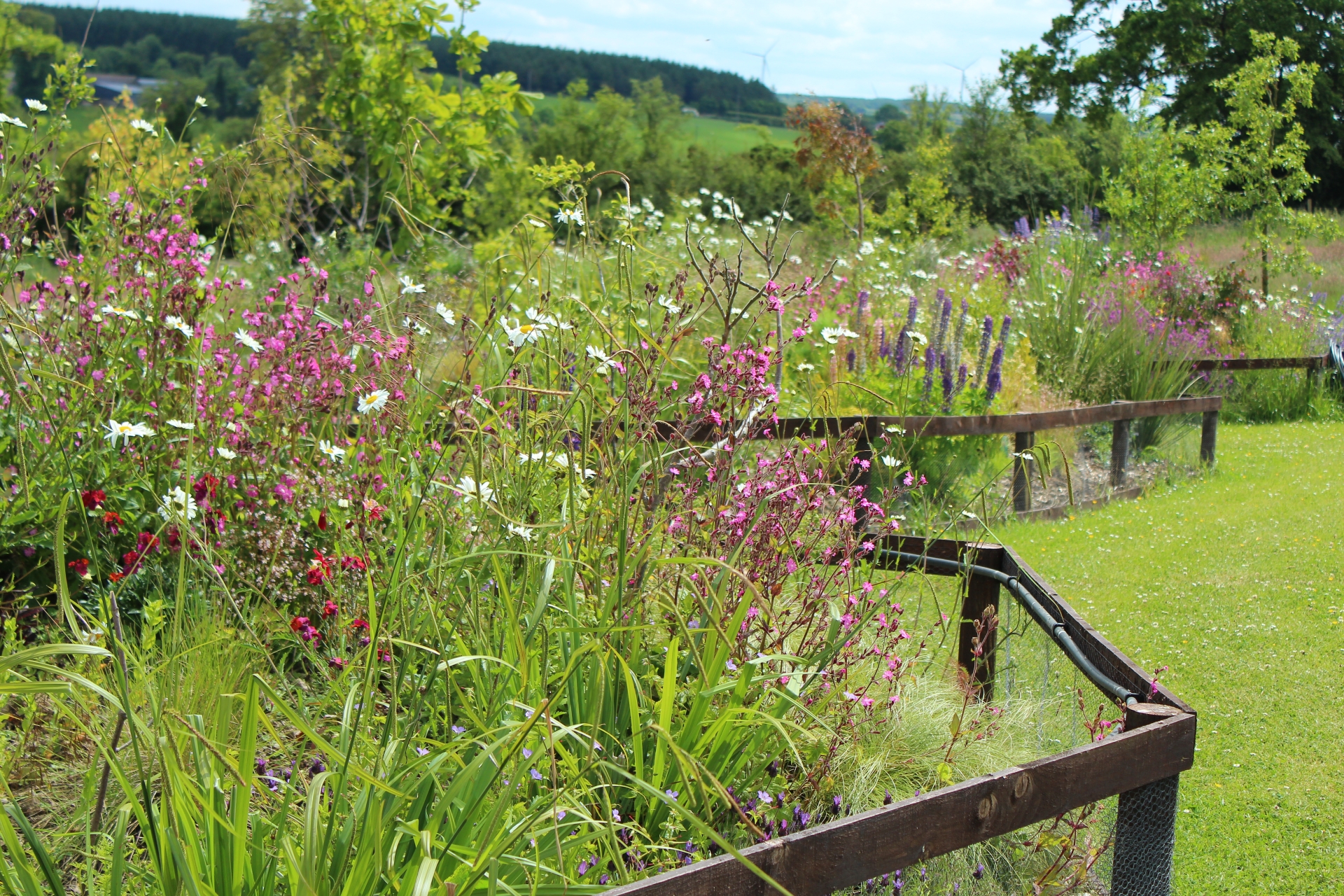 Not only have they planted the gardens with nectar rich flowers, but host plants too. By combining a mixture of cultivars with native wildflowers the garden features a harmonic balance for nature to enjoy. Allowing plants such as Rumex Acetosa and Cardamine Pratensis into the planting scheme provides numerous hosts for many species.

Sandra says, “If the weed isn’t hurting anyone, I’m happy to allow it create a home for whatever pollinator might need it” and so her perennial beds even have several thistles popping up throughout which act as a host plant for a variety of caterpillars.

The inspirational gardens also showcase a wide range of meadow grasses which offer habitat for the meadow brown and ringlet butterfly caterpillars.

The family have also welcomed unusual animals to their land such as miniature horses and pygmy goats.

Last year the Kelly family enlisted help from the Laois public to plant an acre with native trees on their farm. This woodland aims to further restore the biodiversity lost during the mining period and return the land to a wildlife heaven. The 800 oak trees provide habitat for woodland pollinators such as the Purple Hairstreak with alder and blackthorn providing refuge for the Brimstone butterfly.

In only a few years this couple and their family have turned a coalmine into a pollinator haven, teeming with wildlife but with the appearance of a manicured space, now known as Turra Lodge Farm.

On Saturday, August 13 the family will open the gates of Turra Lodge Farm to the public in hopes to inspire others to support nature.

Opening from 11am – 5pm Saturdays and Sundays, at €5 pp, with toilets, refreshments and a picnic area. No dogs allowed.