Barbecue, BJJ and MMA fights at Laois gym this weekend for Fight for Johnny's Girls

All welcome to fundraiser at Honeybadger Academy in Portarlington 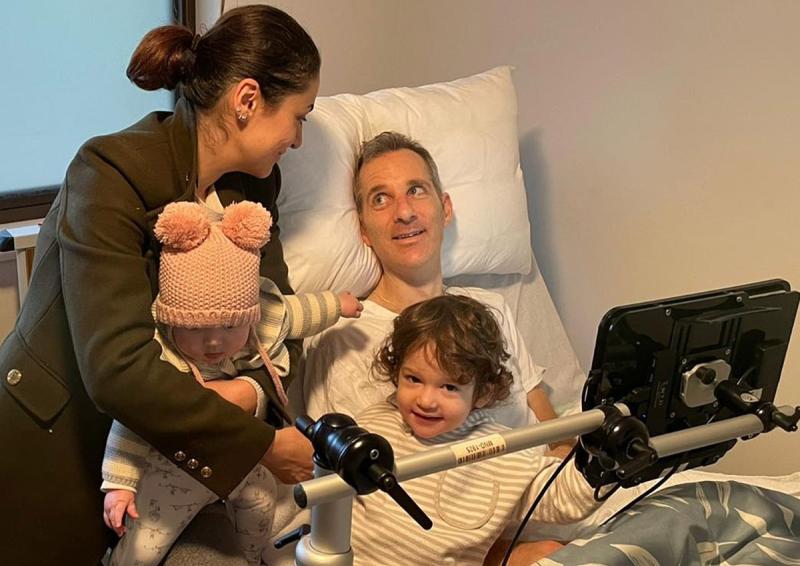 Johnny McCowen, originally from Portarlington, with wife Sherie and daughters Riley and Darcy

A fundraising barbecue, featuring novice Mixed Martial Arts and Brazilian Jiu Jitsu bouts, will be held this Sunday at the Honeybadger Academy (HBA) gym in Botley Court, in aid of the former Portarlington footballer who has been diagnosed with a terminal illness.

Everyone is welcome to the 'Barbecue Beatdown', which will start with a programme of fights at 10am on Sunday, August 14 - followed at midday by a barbecue and music from Aidan Doyle and Half The Truth. Entrance is €5, with donation buckets and a small charge for food and refreshments, with a day of craic and music guaranteed.

Johnny is a friend of HBA owner, professional MMA fighter Philip 'The Honeybadger' Mulpeter - and some of the biggest names in Irish combat sport have thrown their support behind the fundraising campaign.

Coach John Kavanagh, who trains UFC superstar Conor McGregor, has sent a message of support to the stricken Laois sportsman.

Now living in Australia, Johnny, 41, has been struck by vicious form of Motor Neurone disease. His friends and family in both Ireland and Brisbane are raising money towards his final wish - to secure a home for his wife Sherie and daughters Darcy, 2, and baby Riley.

The popular Laois native, who has been living Down Under since 2009, was diagnosed last July with the fast-moving progressive condition. He can no longer walk, talk or hold his children. He is fed by a tube and communicated via an Eyegaze computer. The family's savings have been decimated during Johnny's battle with illness - and his wish now is to see his wife and children's future secured.

"I'm asking for your help to buy my girls a home so I know they'll have a roof over their heads when I'm gone," he said via a statement on the campaign's GoFundMe page. "They've been through enough. I don't want to leave them without a secure future."

Over AUD$428,000 has been raised so far - and Laois clubs and organisations have rallied behind the fight. A golf classic, tennis event and skydive are among events planned to raise cash.