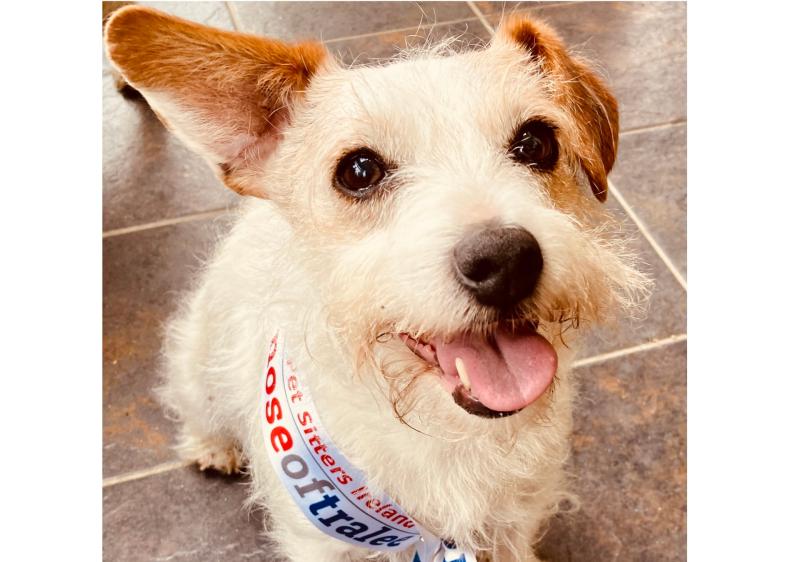 Voting has opened for the Nose of Tralee, and an adorable Laois rescue dog is asking for your votes.

Winnie the terrier from Stradbally was found in a wheelie bin with her siblings as a puppy 11 years ago.

Now the adored pet of Elizabeth Mulhall, Winnie is in the running to be crowned the Petsitters Nose of Tralee 2022.

Elizabeth is sharing cute videos of Winnie with her family like these two below, and asking people to give her a vote, every day if they can.

Vote for her on her Petsitters website page here.

"She's become a bit of a celebrity as she's been known for her singing, her ability to drive a car, her penchant for stealing food from picnic goers on the beach and, most recently, her attendance at Borris Literary Festival where she met her heroine Laurie Anderson and had a wee moment with Mary Robinson's dog. Our Winnie is the stuff of legends, " says Elizabeth.

Voting is open until August 22. The winner will be announced on August 23.