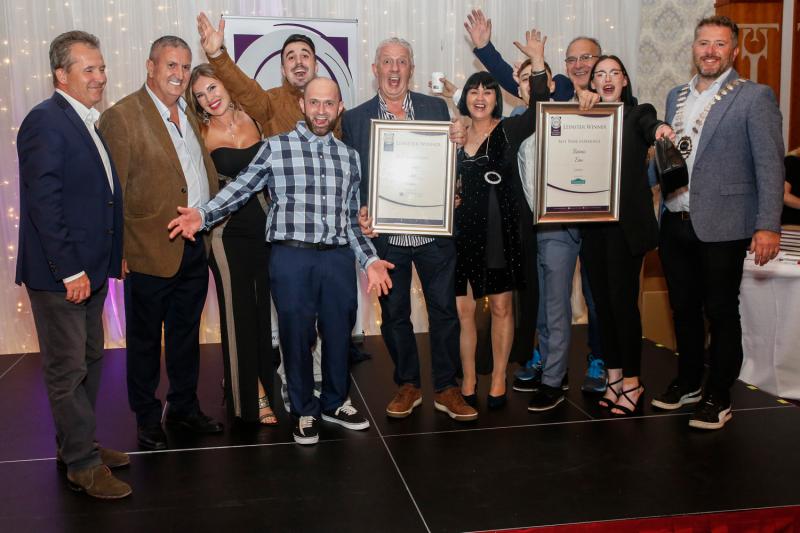 There were plenty of awards for Laois at the Leinster final of the Irish Restaurant Awards 2022.

The awards took place on Tuesday, August 16 in the Knightsbrook Hotel, County Meath.

The Best Restaurant in Laois award was won by Batoni's restaurant in Emo. Batoni's also won the Best Wine Experience award for Laois.

The Heritage Hotel Killenard won three awards on the night.

The management expressed their delight.

"We are beyond thrilled to have won three awards @irishrestawards this evening. “Local Food Hero - Our Executive Chef Tom Comerford who also won “Best Chef in Laois”. The team are also delighted to have won “Best emerging Irish cuisine”. Thank you for all your nominations." 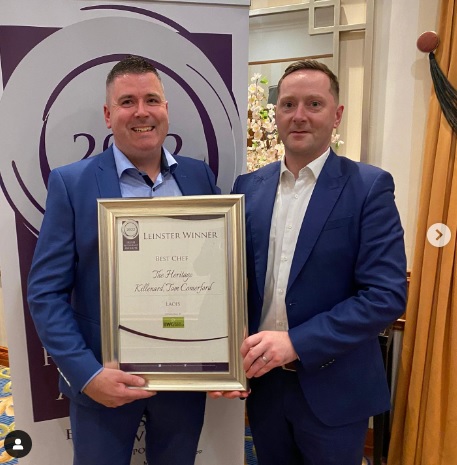 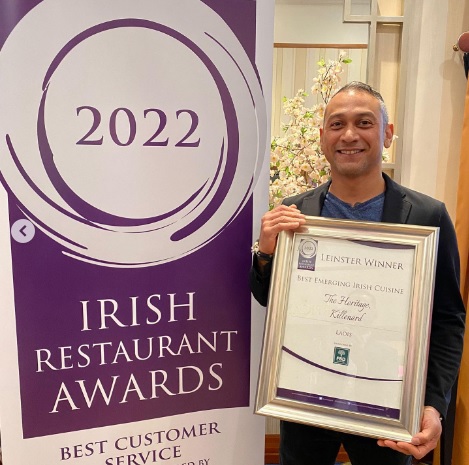 The Hare's Corner restaurant in Mountmellick also came out trumps at the awards.

The daytime restaurant is located in the MDA centre in Irishtown.

"Last night at the leinster Irish Restaurant Awards we won "Best Casual Dining". All the "how are ya getting on's" and "what's the craic" has finally paid off, so we are delighted with ourselves this morning and thank you for the nominations and of course the votes," they said.

Treacy’s Bar and Restaurant, Niall Treacy won the award for the Best Restaurant Manager in Laois.

Best World Cuisine in Laois was won by Akayu Portlaoise.

Best Newcomer in Laois was won by The Wandering Elk.

Pub of the Year was won by Bob's Bar Durrow, with below: Bob Campion receiving his award. 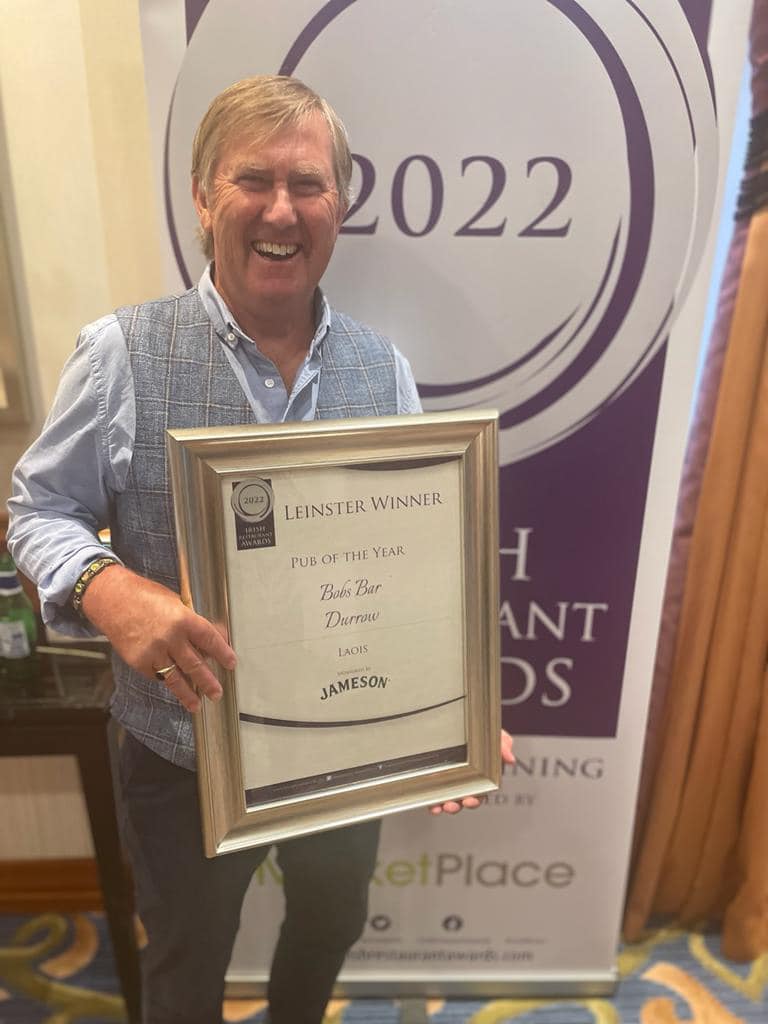 The Best Customer Service in Laois award was won by Treacy’s Bar and Restaurant The Heath.

The All Ireland final takes place on Monday September 19 in the Convention Centre Dublin. The Irish Restaurant Awards are organised by the Restaurants Association of Ireland. This is the 13th year of the Awards.