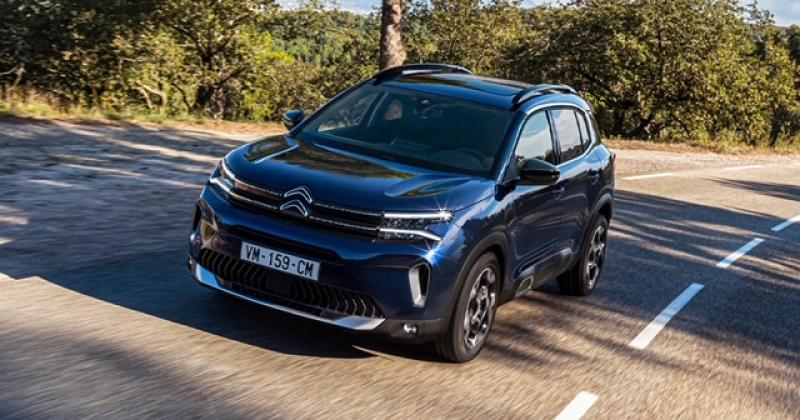 Citroen have been producing some rather nice cars of late and the revised C5 Aircross is another example of this.

The car market is now dominated by the SUV, which is ironic really as in a time where everybody is getting hysterical about climate change, the heavier bigger SUV is not really the way to go. Lighter smaller cars produce less emissions, but that does not seem to stop the advance of the SUV. Ummmm…….food for thought! Ok I digress.

The C5 Aircross falls into the compact SUV class with rivals such as the Ford Kuga, Hyundai Tucson or Skoda Karoq for example being its target.

For the 2023 model year three trim levels are available, strangely named Feel Pack, Flair and the range topping  C-Series Special edition. I will have a full road test in due course but here are my initial impressions on introduction to the revised car. The C 5 Aircross has been Citroen’s best selling car in Ireland since 2020 so its an important model for them.

The shape is actually quite boxy, yet Citroen have managed to make it look very well with numerous detail styling features such as roof rails, diamond cut two tone alloys, a choice of colour pack which highlights certain aspects of the exterior in a contrasting colour. It looks pretty good. All in all there are six different colour options including a dramatic Eclipse Blue which changes shade based on the external light exposure. Pretty cool I think!

Here is where that somewhat boxy shape really pays off! Inside its bright, airy and very roomy. Changes to the dash include a 12.3” digital display which is customisable and a central 10’ touchscreen (why do manufacturers still quote screens in inches and everything else in metric??). The level of standard kit is excellent.

The new seats prove supremely comfortable and the driving position just about perfect. However the real class leading feature in the Aircross is the suspension with “Progressive Hydraulic Cushions”. It gives this Citroen simply the most comfortable ride of any car out there.

The load area is big at some 580 litres or 720 litres with the sliding rear seats moved slightly forward and overall accommodation is generous. The hybrid offers a bit less at 460 to 600 litres of space.

What power units are available?

There are a choice of petrol, diesel and PHEV. The petrol is a 1.2 litre Puretech 130bhp unit, while diesel is a 1.5 litre Blue HDI. The PHEV is a 1.6 litre with an 80kWh battery and a claimed range of 55km on battery power. All these engines are well tried and tested PSA Group units and have proven to be low emission as well as frugal. When I do a full road test I will have the actual fuel consumption figures for you.

So it seems Citroen have put a good deal thought into the refresh of the C5 Aircross and on initial impressions it certainly shows. The latest model looks and feels better and boasts the latests in connectivity and safety features.