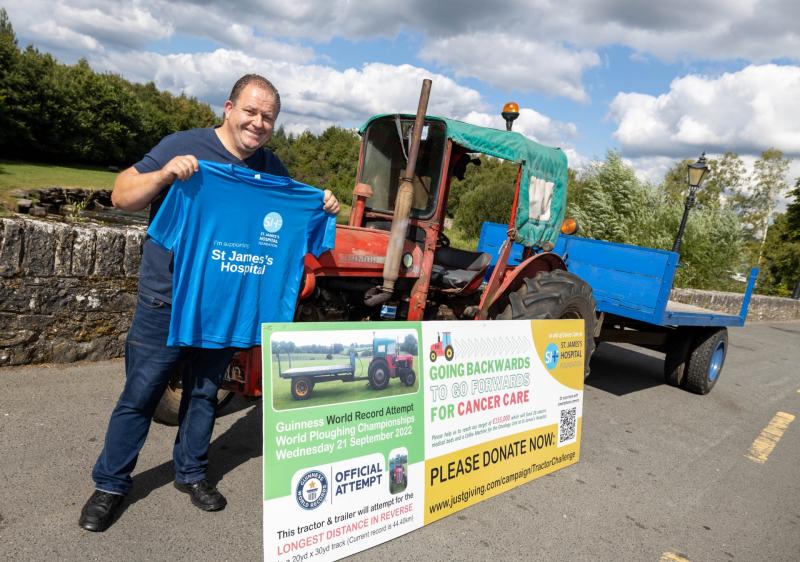 A Laois man is preparing to break the world record for the distance he can drive a tractor and trailer backwards, at the National Ploughing Championships.

Patrick Kelly from Castletown aims to 'go backwards to go forwards for cancer care', and raise €155,000 for equipment, in memory of his beloved mother Mai.

The massage therapist and former farmer will attempt to bring a world record back to Ireland, by driving a tractor and trailer, in reverse for the longest distance ever achieved, 50 kilometres, at the National Ploughing Championships in Ratheniska, Laois.

He will attempt this in a 1962 Massey Ferguson tractor with no power steering, a tractor that belonged to his late father.

“The tractor is 60 years old this year. It is up to it, it's me that might find it hard. I'll be driving in a circle for seven or eight hours, without reversing. The hardest thing will be to hold my concentration and have the muscles right. I'm practicing three times a week for it,” he said.

The current world record is 44.40 kilometers set in Modasa, India, on 21 August 2018. Before that, the record had been held by a Carlow farmer and before him by a Kerry farmer.

Rather than spend donations on the €3,000 fee to have a Guinness World Record official on site, Patrick will film the attempt, and send GPS data and statements by independent witnesses to prove his feat.

His extraordinary fundraising effort to raise over €150,000 is in honour of his mother, Mai Kelly, who died of cancer six years ago this October 31. He had done a big fundraiser every year on the anniversary of his mother's death, raising over €20,000 for cancer research.

In 2020 he memorably drove the perimeter of Laois dressed as Batman in his tractor, all in one day. 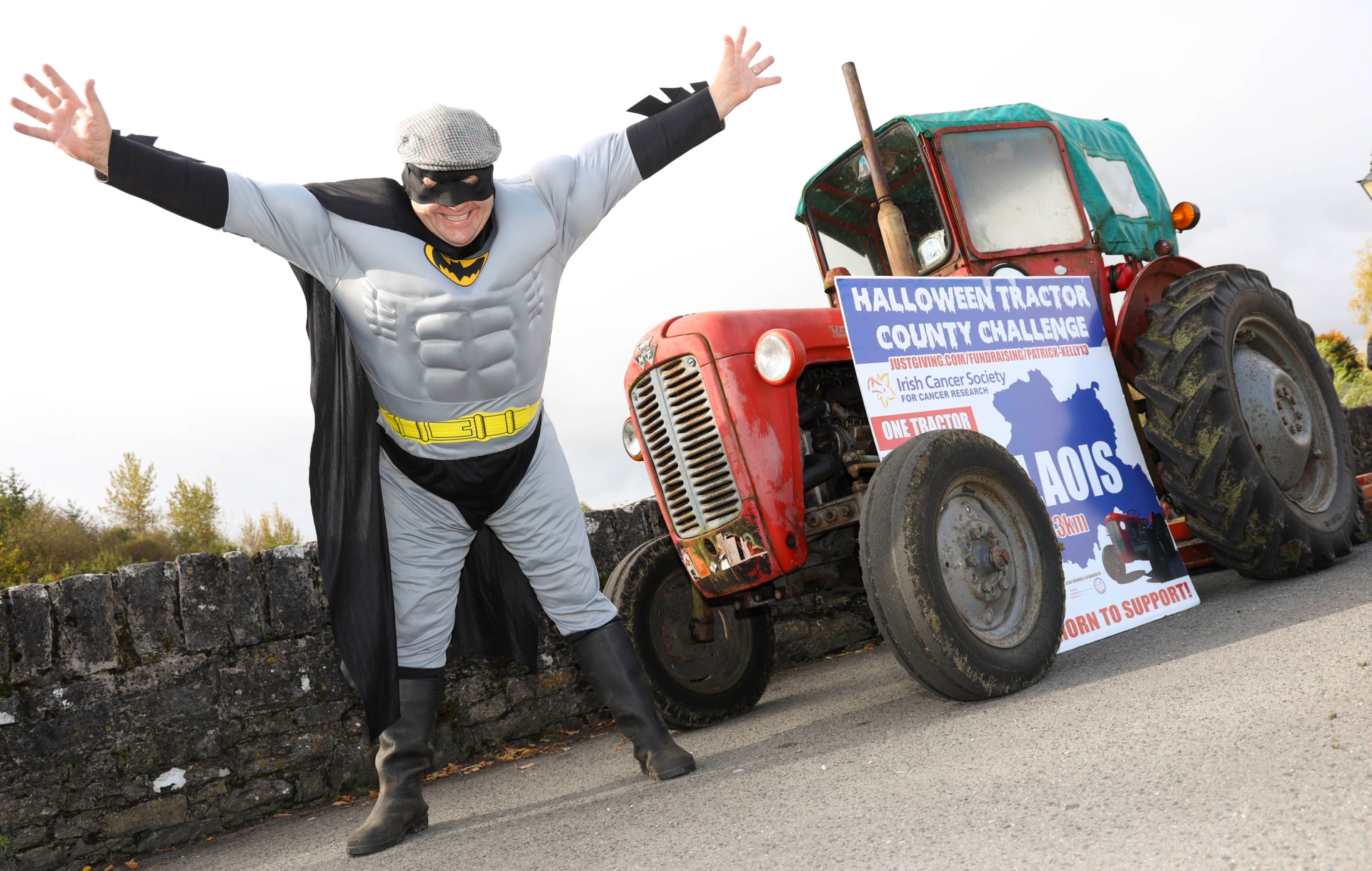 Patrick is asking people going to the ploughing championships to just give €1 each, in a bucket donation. With some 300,000 attendants over the three day event, he hopes it is an achieveable target.

This will be the last year he does the annual cancer fundraiser, and he is asking the whole country to help him reach the huge fundraising target.

“It's grand to raise money for research but our hospitals need equipment. We shouldn't have to fundraise for equipment but that's the world we live in.

“It feels like cancer is getting more common, like every second person has it, we just want to do all we can. Every cent will go directly to buying this equipment,” he said.

His attempt was first going to be by road.

“We had first intended to drive it from the Obama Plaza to Portlaoise Plaza. The Gardaí approved it but I couldn't get insured, so I contacted the National Ploughing Championships, thinking what better place to hold it, and they were really helpful,” he said.

IN PICTURES: Your lovely back to school photos in Laois

The team at St James's Hospital were equally helpful when he got in touch.

“They contacted their oncology team and asked what they needed. So €155,000 will get 20 medical electric beds, that can do things like weight checks and send alerts without disturbing the patients. They cost €98,000, and we want to raise money for a Cellex machine to treat bone marrow cancer, it takes the blood out, treats it and puts it back in, and that costs €59,000,” he said.

The National Ploughing Championships will take place in Ratheniska, Co. Laois from September 20th to 22nd.

The Guinness world record attempt will take place on Wednesday 21st September, and you can cheer Patrick on, where he will be driving, just by the main competition area for the World Ploughing Championships and catering area.

St James’s Hospital treats over 4,000 cases every year and more cancers than any other hospital. Behind each of these numbers is a patient living with cancer.

The Hospital, in alliance with Trinity College Dublin (Trinity St James’s Cancer Institute) is creating Ireland’s first Comprehensive Cancer Centre already accredited by the Organisation of European Cancer Institutes and is positioned to bring Ireland’s contribution in the fight against cancer to a new level.