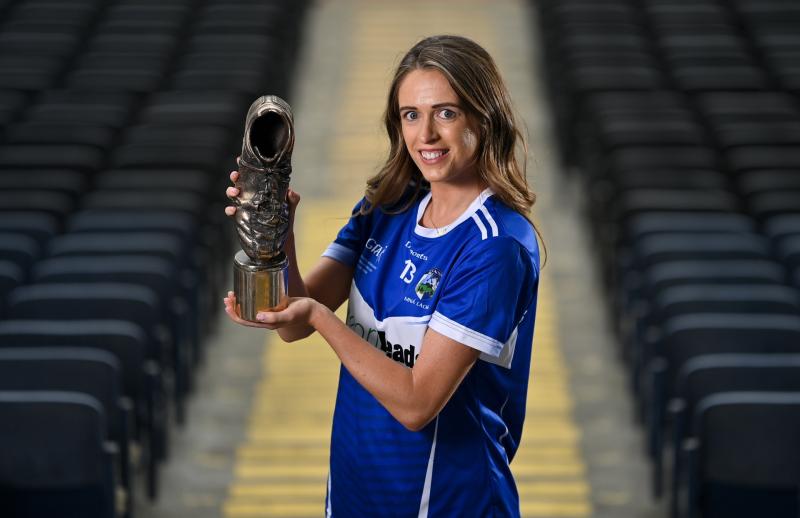 Mo Nerney was presented with the ZuCar Golden Boot award for 2022 – having finished as leading scorer in the TG4 All-Ireland Ladies Gaelic Football Championships. Pic: Sportsfile

Laois ace Mo Nerney says this year brought the O’Moore County together and they feel like a family as they prepare to take on the might of Meath and Dublin next year.

Laois were crowned TG4 All-Ireland Intermediate champions after victory over Wexford at Croke Park on 31 July.

And Nerney scored 1-5 bringing her personal tally to 5-31 (46 points) meaning she claimed the ZuCar Golden Boot award for 2022 – having finished as leading scorer in the TG4 All-Ireland Championships.

The year marked a career high to date for the forward who first set foot on Croke Park as a mascot when Laois beat Mayo in the 2001 All-Ireland Senior Final.

While she was a key scorer all year, the 28-year-old Timahoe woman knows it’s all about the collective after a stunning campaign for that squad managed by former Laois player Donie Brennan.

“If you are playing a team sport it’s about being part of a team. It’s lovely to get an award like this but at the end of the day the main thing was bringing home the Mary Quinn Memorial Cup,” said Nerney. 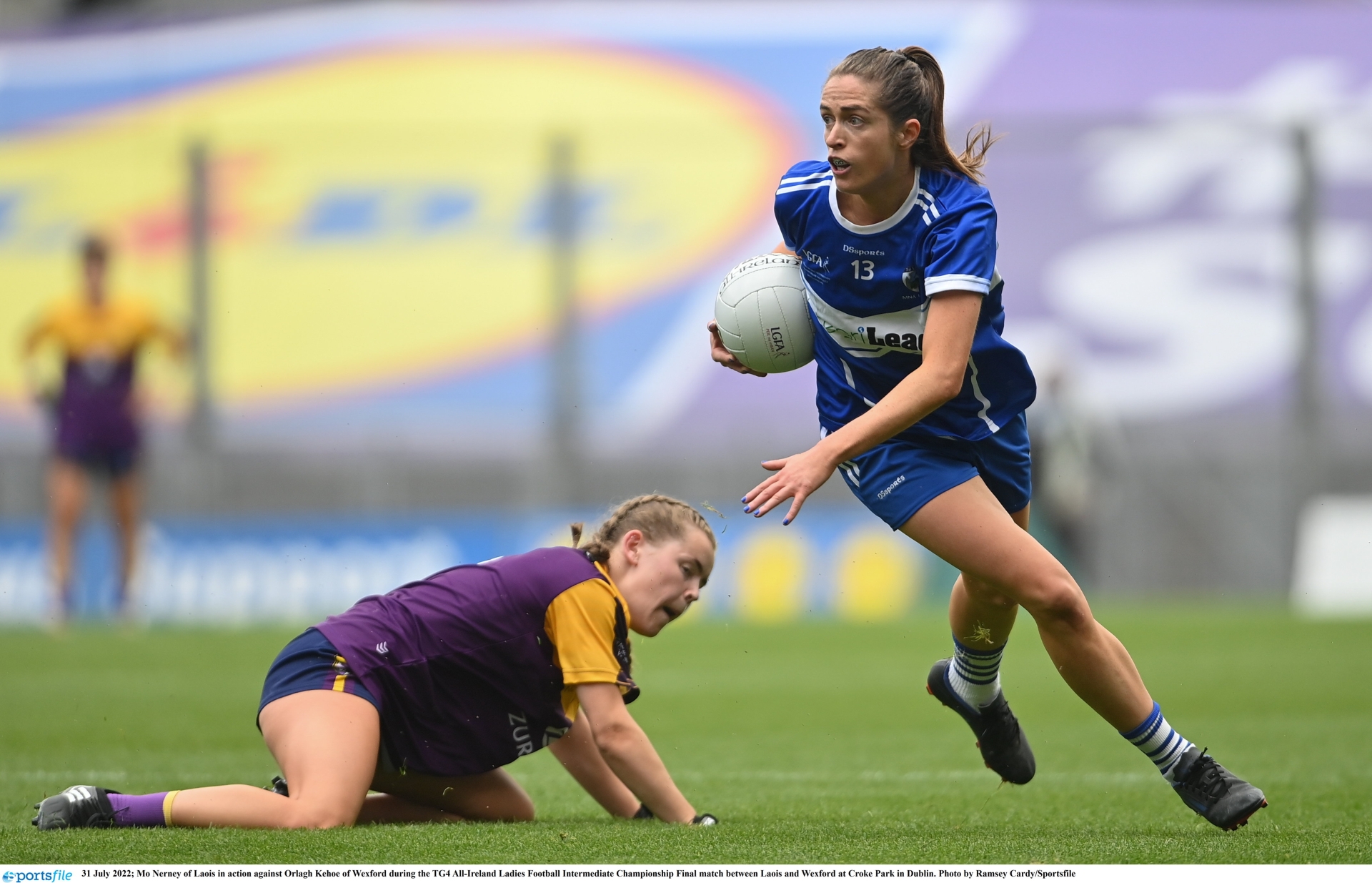 “Over the last couple of years we have been building under our manager, Donie. He has really brought a togetherness with the girls. I would have played with a lot of the girls all up along underage, and there are new younger girls that I wouldn’t have played with.

“But everyone now just gets on so well and there is a great bond between the team. It is literally like one big family. You are out training three or four nights a week. You are seeing them more than you would be seeing your own family.

“And it meant everything to win. That was our aim when Donie came in first. Laois went down to intermediate in 2017 so it has taken five years to get back. But our main goal last November was to get to the All-Ireland intermediate final.

“And now you are going around to the clubs and the schools. We forget that a lot of younger people wouldn’t have any experience of Laois winning anything,” she said. 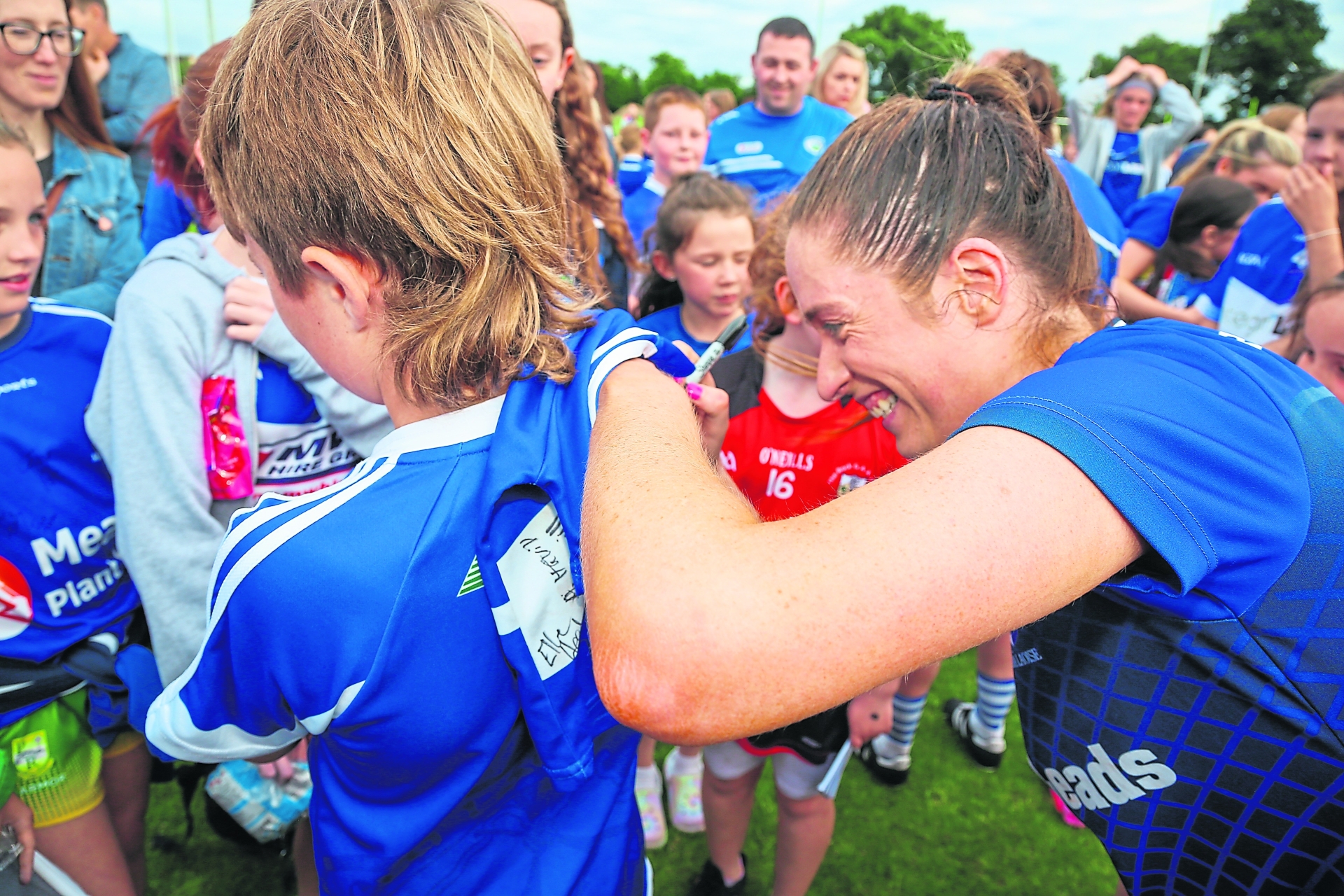 However, it only gets more difficult for Laois next year when they step up to the senior ranks, with the reigning All-Ireland champions Meath and their great rivals, Dublin, in Leinster.

“It's going to be hugely difficult. You are playing senior teams that are going be stronger, more physical, some teams will be more defensive,” said Nerney.

“But we know it’s going to be a huge step up to senior and we will prepare as best as we can going into pre-season again in a couple of months. Our main aim is to compete,” concluded the Laois star. 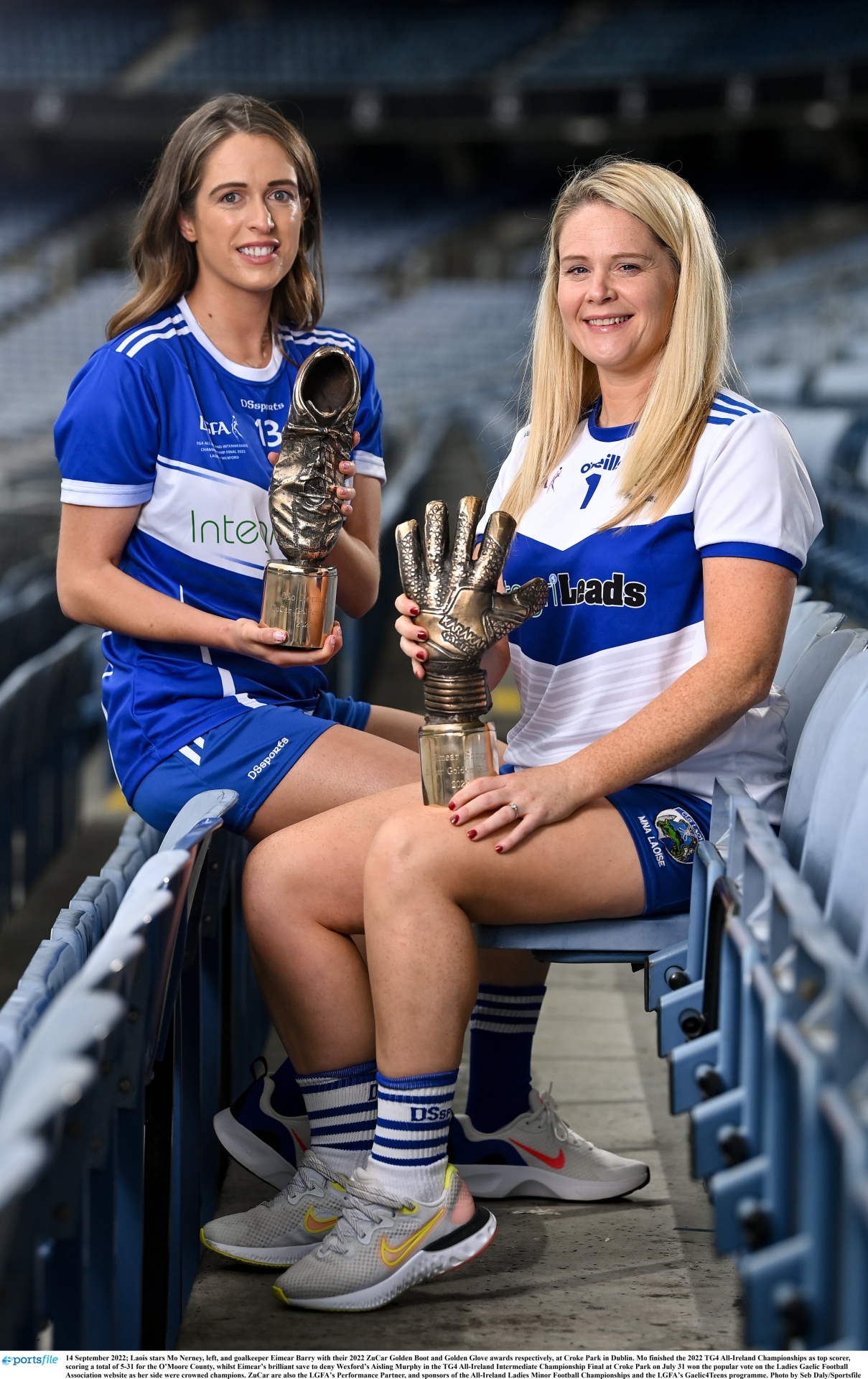 Barry’s wonderful save to deny Wexford’s Aisling Murphy in the TG4 All-Ireland Intermediate Final won the popular vote on the LGFA website.