Something for everyone in Ratheniska says Laois Ploughing Queen Anna May 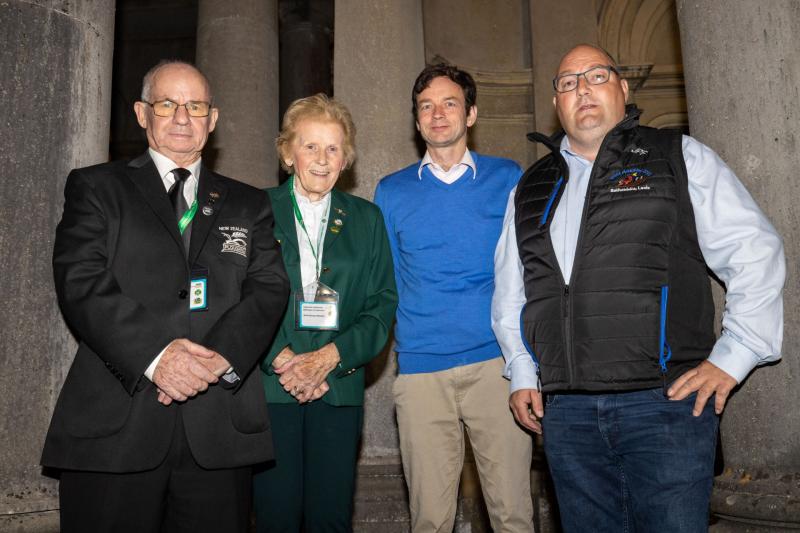 At least 80,000 people a day are estimated to land in Laois for the National Ploughing Championships in Ratheniska this week and its supremo promises something for everyone at the event.

The National Ploughing Association are expecting people from far and wide to descend on scenic Ratheniska for the first holding of the event since 2019 when Storm Ali blew it off course.

Covid-19 caused the event to be cancelled for the last two years but it is set to return bigger than ever this Tuesday, Wednesday and Thursday, September 20,21,22.

Anna May McHugh and her crew have been flat out getting Ratheniska ready for the event since last July. But this week will be the busiest for the Ballylinan native and her team working morning, noon and night.

"I wake very early in the mornings as I cannot sleep,” she said.

“Plus, I am late going to bed every night, but it's just the time of the year, you want to get work done and you want to see it being done.

"Thanks be to God that I have great help and we work as a team," she said

She spoke to the Leinster Express about her hopes and plans for this week.

"First, I hope we get good weather and that everyone is safe and free from accidents. Safety is always number one on my agenda.

"You can expect to see everything that you would want to see. If somebody goes home from the event saying, ‘there was nothing in it for me’, well I would not know what that person could need. I think we have everything from domestic appliances, to shopping arcades, to business, to livestock.

"Regarding the ploughing we have 311 competitors from all counties, and all in different grades in our national event," she says.

GAA club in the Ploughing Parish welcomes thousands to Laois

"It will be a major attraction, particularly for our competitors from every county in Ireland. They want to see how the lad from New Zealand ploughs, sure he ploughs the very same as us with a tractor and a plough!

10 things that will help townies blend in at the Ploughing

"It was supposed to be held in Russia this year, but that was called off in March. They asked if another country would take it on. If we didn’t take it on, it would have been the third year without a world competition. So, the Irish contingent thought that three years without a world event would leave it in a difficult place to ever get it going again.

"Hence, we decided to host it, with only four months to prepare! Some countries take a couple of years to prepare, but we are doing our best in the short time that we have," she says.

The exhibition arena opens at 9am and concludes at 6pm.

The ploughing competitions run from 10.30am to 2.30pm. The entertainment programme runs from 10am to 6pm daily.