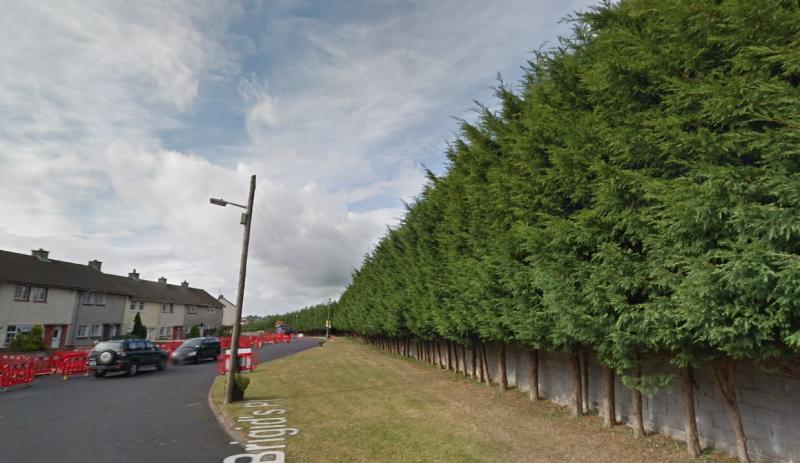 Huge evergreen trees in a Laois housing estate are blocking streetlights and invading the sewers, according to a councillor.

The rapidly growing leylandi trees were planted some decades ago alongside the railway track at St Brigid's Place, Portlaoise.

Now with new low energy LED streetlights, even less light is being shed on the estate, so a local councillor wants the non-native trees removed, but cut back immediately ahead of dark winter evenings.

Cllr Caroline Dwane Stanley tabled a motion to the September meeting of Portlaoise Municipal District asking the council and the ESB to cut the trees, among several issues for the large estate.

"The problem is the trees have overgrown covering the public lights. When in the shortterm can they be cut back? The roots of a tree are growing into the sewerage system in one of the properties.

She wants back lanes resurfaced too, and an update on reopening a house that in the past served as a community centre, and was recently vacated by Laois Partnership.

"There is a new residents association in St Brigid's and they are actively filling in a Community Involvement Scheme for lanes," Cllr Dwane Stanley said.

On the residents centre, the council's Housing Officer Georgina Ireland had recently met residents, councillors and Laois partnership to discuss the possibility of it being reopened for community use. The council told residents that they would have to form a group to maintain the property.

"Laois County Council committed at that meeting not to return the property to lettable housing stock in the short term, to enable the residents to discuss the feasibility of their being properly constituted and taking on the property. The residents will revert with an update and their decision," the council said.

Cllr Dwane Stanley said that the house is ideal for "baking classes and stuff for the elderly".

No keys for Christmas for tenants on Laois council waiting list

On the trees, the council say they are seeking tenders from contractors to remove the Leylandi on a phased basis, starting in early 2023. They are to be replaced with more suitable trees, in agreement with the residents committee.

The laneways may get money for resurfacing and new drains next year, in the 2023 Community Involvement Scheme, with the council part subsidising the cost.

Cllr Thomasina Connell said she has been told that the trees would be "dished".

"I am surpised we do not have a better update. We are coming into the darker months, it is pitch black particularly towards the top of the hill. Maybe they weren't the right trees but we do need to deal with them. It would be great to get the CIS application together, I'd be happy to make a contribution from my discretionary money. The residents are doing fantastic work and making great progress," she said.

Cllr Catherine Fitzgerald said that "an awful lot of trees need to be cut back" with paths dark under them.

"We all can see the trees have grown on every road. The huge problem is you changed the wattage in the bulbs. At least cut back the trees. We can't wait six months," he said.

The Director of Services for Portlaoise is Simon Walton.

"I accept there are areas where the value of lights are reduced due to the lack of loppoing ot trees, but it's a resources issue, human or financial," he said.

Cllr Noel Tuohy also had a motion about lights at the area. He wants lights installed between the astroturf pitch and the railline.

"I'd hate if you couldn't see the light for the trees," he quipped.

"The perimeter is used by a huge number of people as a walking track. Its vital we get adequate lighting along the rail line where there are no lights. The St Brigid's boundary is not being kept by the council, it needs to be looked at. A wall is broken. This is one little blackspot, the rest of the grounds are well kept," he said.

The council's sports officer Anne marie Maher said a review of all lighting requirements are the Leisure Centre Campus will be done in coming weeks, and then funding streams will be identified and the money sought.