No keys for Christmas for tenants on Laois council waiting list 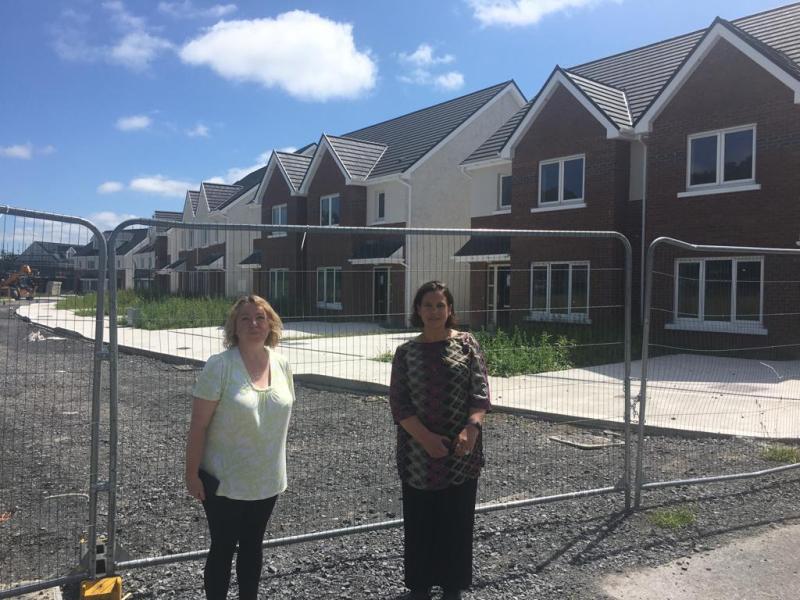 More than half of the 32 Laois families waiting on promised new social houses will not be in before Christmas, for the second year, Laois County Council has confirmed.

Of the 32 new houses sitting almost complete in Clonrooske Abbey Portlaoise, built by a private developer paid by Cluid Housing agency, 18 won't now be handed over until 2023.

The council says however that Clúid advises them that 14 of the new houses can be tenanted "before the end of 2022".

The people, many of them young families, who are stuck waiting on the houses are "on the brink of homelessness", says Cllr Caroline Dwane Stanley.

"I have never come across this. Some of the houses were given out 12 months ago, but tenants are still waiting. Some had to go to another accommodation, they are on the brink of homelessness. It's an absolute sham.

"This is not Laois County Council's baby, its between Clúíd and the builder. There is very little activity on Phase 3. Hearing 'the end of 2022' tells me that the housing section have still no idea when these will be tenanted. Clúid told me they have someone on the site on a weekly basis. It's absolutely crazy," Cllr Dwane Stanley said.

She has expressed doubts that the houses will ever be given to Clúid for council tenants at all.

"I don't want to be doom and gloom, but I don't know if these houses will definitely come in," the Portlaoise Sinn Féin councillor said.

She also said that she understands a new contract is now being drawn up, after the first contract between Clúid and the builder ran out of time, leaving the builder legally free to sell the houses instead on the lucrative open market.

She tabled a motion to the September meeting of Portlaoise Municipal District that asked the council and Clúid for an update on when the three phases of Clonrooske Abbey will be tenanted.

WATCH: Garda give ploughing advice to visitors to Laois

"I've never seen anything like this. The date is getting pushed out and out. These tenants are looking at these houses, people with young children. They are going looking at them every day, tormented and frustrated. I can't understand how this was allowed to happen. They are anxious and dying to get into these beautiful homes. For once and all they have to get a definite answer. I'm not convinced they will be in before Christmas," she said.

Cllr Willie Aird said that Laois County Council "have a lot to educate themselves on going forward".

"We just can't give a house to a person on the list unless we can tell them when they are moving in. Clúid told us they had it all solved, obviously they hadn't," he said.

An update on the issue was promised for the upcoming full Laois County Council meeting, on Monday September 26.