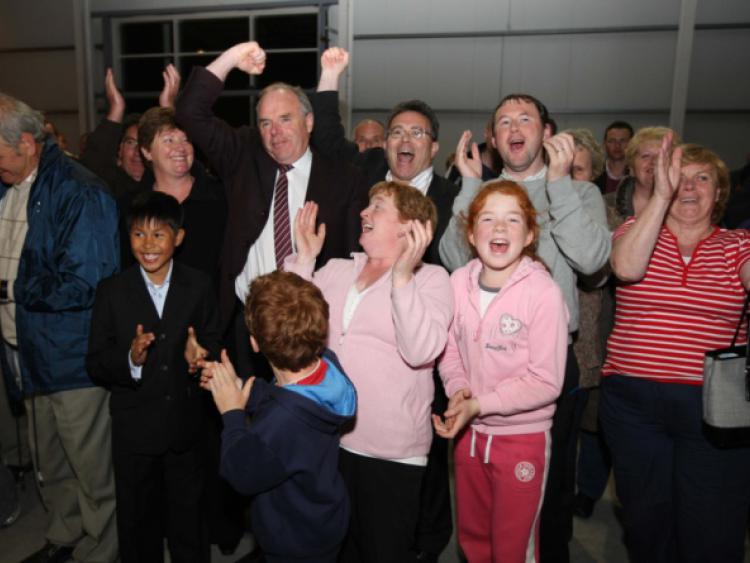 There was upset and confusion at last week’s Fianna Fáil selection convention for the Luggacurren/Emo area, after party headquarters changed the process of one member, one vote.

There was upset and confusion at last week’s Fianna Fáil selection convention for the Luggacurren/Emo area, after party headquarters changed the process of one member, one vote.

A representative from party headquarters, Donegal’s Charlie McConalogue TD, presided over the meeting and told the 200+ present that they would be allowed to vote for one candidate from each area, instead of two, leaving Fianna Fail headquarters to pick the other two.

Fianna Fáil party chairman in Laois, John Moloney told the Leinster Express that he expects the issues to be resolved in three to four weeks.

“The meeting could not reach agreement and it was decided to postpone the meeting until such time as the office of the board of the county met with the national body to convey the views of the county regarding the number of candidates to be selected.”

Mr Moloney said that normally candidates were not made aware of how they would be selected.

“I will go out of my way to ensure that the party in Laois has an input. I see this as natural political process. We are eight months out from the local elections and this will be resolved over the next three to four weeks. Laois is one of the first counties to hold their selection convention.”

This selection was already hotly contested with six candidates going for four positions. The candidates all stood in the 2009 local elections and include Laurence Phelan, Dick Miller and Cllr Padraig Fleming from the Luggacurren district, and Cllr Ray Cribben, Willie Murphy and Paschal McEvoy from the Emo district.

It is understood that of the 200+ delegates on the floor, none of them were prepared to vote using this system. Speaking to the Leinster Express, Paschal McEvoy added: “All candidates wanted a 2 - 2 vote - both the sitting councillors and the other candidates. It will probably be next week when we hear from headquarters and we will be able to hold the convention again over the next couple of weeks.”