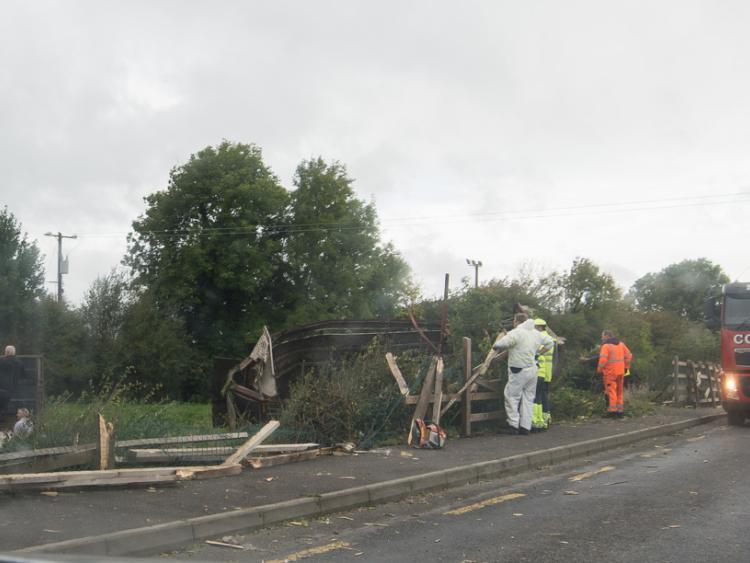 The crash scene earlier at The Rock, Mountmellick, photo by Denis Byrne

The R423 road from Mountmellick to Emo in Laois has now been reopened, following a crash earlier this morning.

The road was temporarily closed by Gardaí after a cattle trailer broke away from a moving lorry and smashed through a fence into a field, between The Rock National School and The Rock GAA Club.

The road and the path have now been reopened.

It is understood that nine cattle had to be put down following the accident. The truck involved was from Kilkenny and has been seized for mechanical examination.

For more on the earlier accident, see our story here.