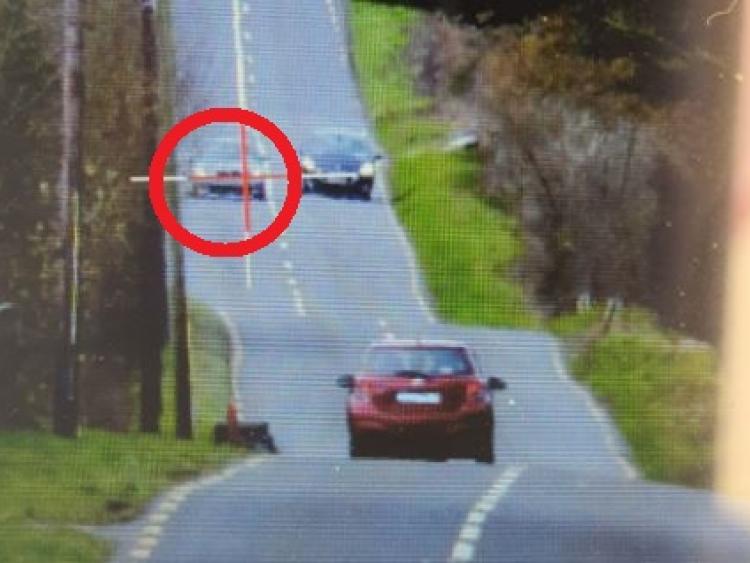 A Roads Policing unit was conducting a speed check when they detected this vehicle overtaking another car at 117km/hr in an 80km/hr zone.

There was also an oncoming vehicle approaching from the opposite direction, at the location in Co Clare - according to an image on the LCD screen of the garda's speed gun. 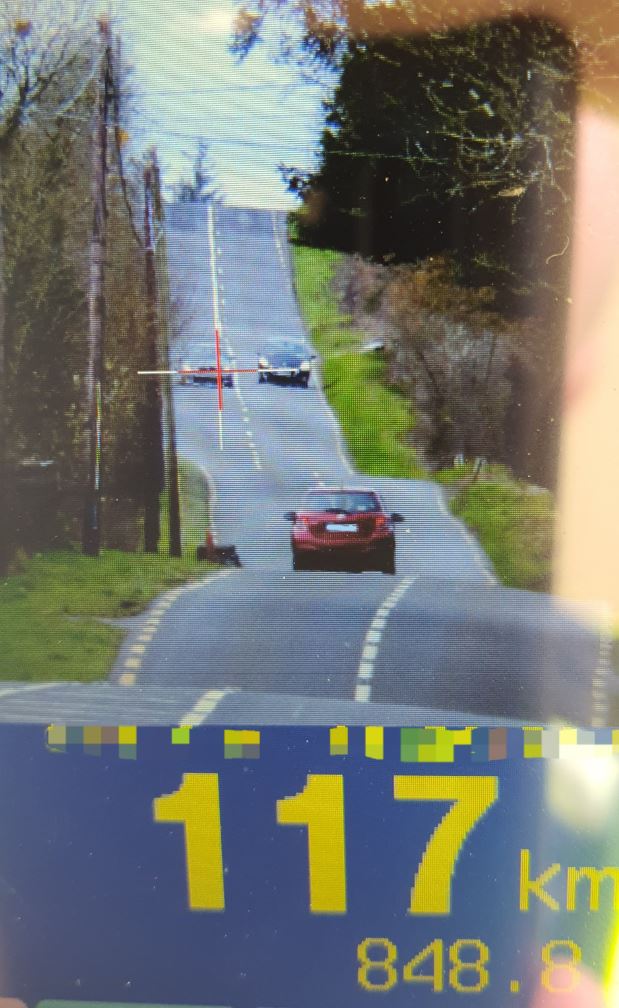 Officers were using a TruCAM II laser gun or a similar device which is able to detect the speed of vehicles up to 1km away - often before the driver may even see the garda.

On this occasion, the Clare Roads Policing Unit was positioned nearly 850m from the speeding car.

The speeding car was stopped and a Fixed Charge Penalty Notice was issued.