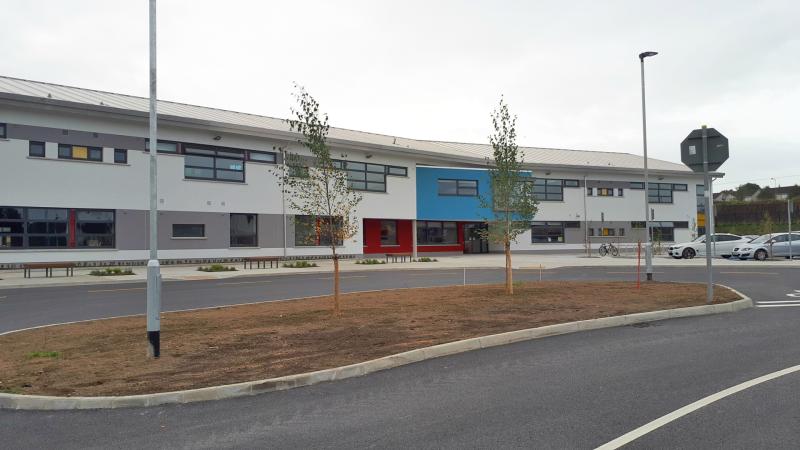 Traffic fears are continuing at one of the biggest primary schools in Laois.

Scoil Bhride National School in Portlaoise has some 800 pupils, but a closed off drop-off zone is contributing to traffic danger on the road, both for pupils and for residents in the built up area of Knockmay.

Laois County Council did a Road Safety Impact Assessment on the whole of Harpurs Lane over the summer and have announced a list of actions to take to make it safer.

They include reopening the school drop-off zone, adding more pedestrian crossings near the school, adding traffic calming measures on the road, and designing a new Active Trave zone so cyclists and walkers can access the school more safely.

"Laois County Council will engage with Scoil Bhride and Portlaoise College within the next two weeks on the use of existing and additional drop-off areas," the council stated.

Cllr Caroline Dwane Stanley tabled a motion to the September meeting of Portlaoise Municipal District asking for the results of the safety survey.

"It is badly needed. This is a big school in a very built up area. Traffic parking at the school has a huge impact on residents nearby. Since Covid the gates have been locked and cars queue outside. There have been a few near misses. It is beyond me how a serious incident has not happened," she said.

Any Active Travel measures will take time and money. First the council said it will seek Government funding of an estimated €40,000 to do a study, before applying for money to build safer lanes, estimated not to be in place until 2024.

"If you don't qualify for funding, can it be done under the roads programme?" Cllr Dwane Stanley asks.

"The safety of children is paramount," she said.

"I don't think we can have too many safety measures at schools," he said.

"It seems people are parking everywhere, abandoning their cars to walk their children to school. It's unacceptable," said Cllr Connell.