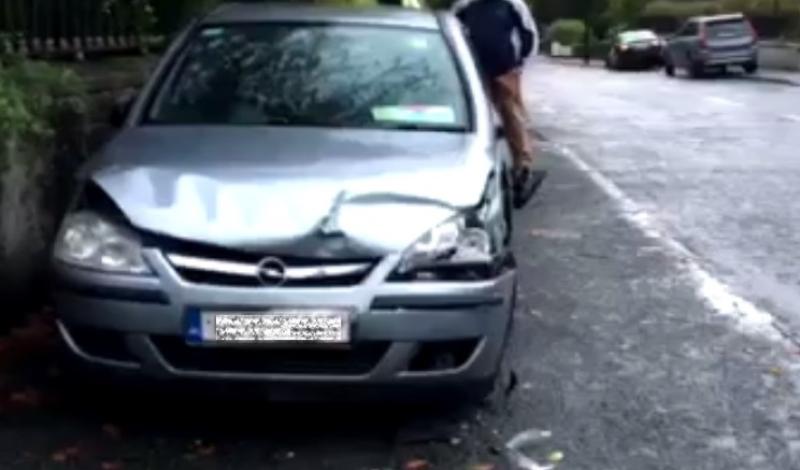 A busy road in Mountmellick where residents are campaigning against proposed speed increases, was the scene of a multiple car crash last weekend.

A passing car on the N80 in Irishtown, Mountmellick, containing a young man and woman, hit two parked cars outside houses, just before 7am last Saturday morning October 21.

The car was driving out of the town and first hit the side of a high end sports car parked outside a house on the left.

It then veered across the busy road and smashed into another car parked on the other side, pushing that onto the road.

The owners of that second car are Mark and Lexy Norton, who say their car is now a “write-off”, as the fanbelt was pushed into the engine of the 2008 car (see photo below). 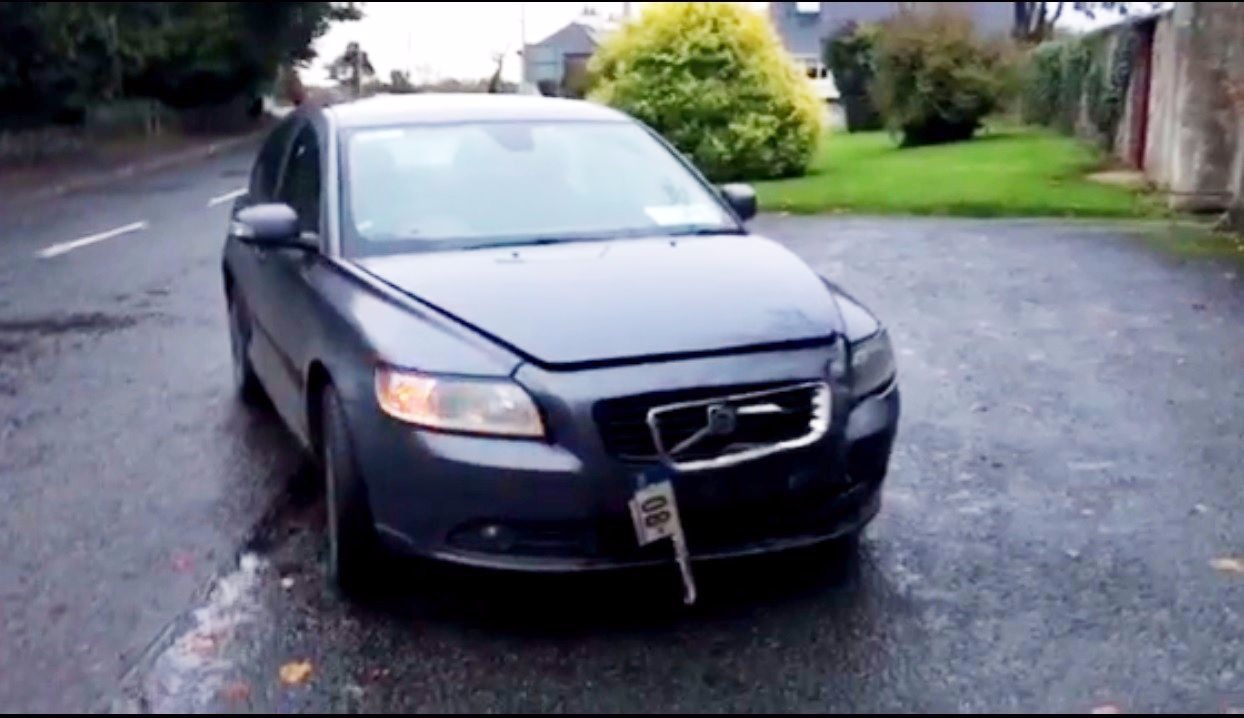 It is their fourth parked car to have been smashed by a passing vehicle in the past seven years.

Such is the family’s ongoing concern about speeding cars outside their house, that this year they gathered a petition of almost 500 names, to ask Transport Infrastructure Ireland (TII) not to proceed with its plan to raise the speed limit in the area from 50km/h to 60km/h. Read here.

That petition was presented to Cllr Paddy Bracken who has asked the TII not to raise the limit. Sign the petition here.

“We were woken with a bang outside our bedroom window. And, given that we have heard that sound twice before with three of our cars written off parked off the road outside our house, it was of no surprise to see Mark’s car yards back from where it was originally parked,” Ms Norton told the Leinster Express.
“This is the fourth time that we have all been so lucky not to have been hurt, or worse still a life to have been lost. This means, in the law of averages, that we are running out of time and chances. I have said repeatedly that we need a traffic calming measure; a roundabout at the hospital turn off on the n80 coming into Mountmellick. The speed limit to remain the same or better still, to be lowered. And certainly not to be raised, as proposed by the TII. This is our lives at risk,” she said.

She contacted Cllr Bracken on the day of the crash.
“He assures me that he is in communication with the TII, who are in charge of the N80, to put in a roundabout as a traffic calming measure. As for the speed limit being raised in Irish town, I am also assured this will not happen, but I am waiting for an official response from the TII,” Ms Norton said.