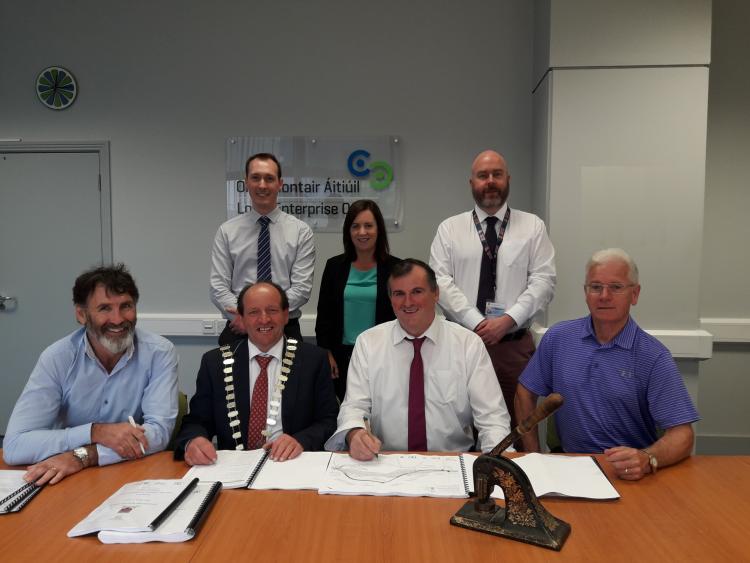 A €4.3 million contract has been signed by Laois County Council for a major straightening scheme on the Portlaoise to Carlow stretch of the busy N80 road.

Work will commence immediately with an estimated 18 month construction period. Laois County Council will be supervising and administering the works with project management assistance being provided by the Kildare National Roads Office.

Mr Adrian Barrett is Senior Engineer in the council's roads and transportation department.

“The signing of the contract for the N80 Maidenhead Realignment Scheme this afternoon is a significant milestone in the delivery of another critical piece of infrastructure for Co Laois.  I acknowledge the support of Transport Infrastructure Ireland who are funding this project,” he said.

The contract was signed in Áras an Chontae, Portlaoise on Wednesday, August 28 in the presence of Cllr Aidan Mullins who is a Laois county councillor in the Portarlington-Graiguecullen Municipal District.