LAOIS MOTORING REVIEW: Is This The Smallest 4x4? The New Suzuki Jimny 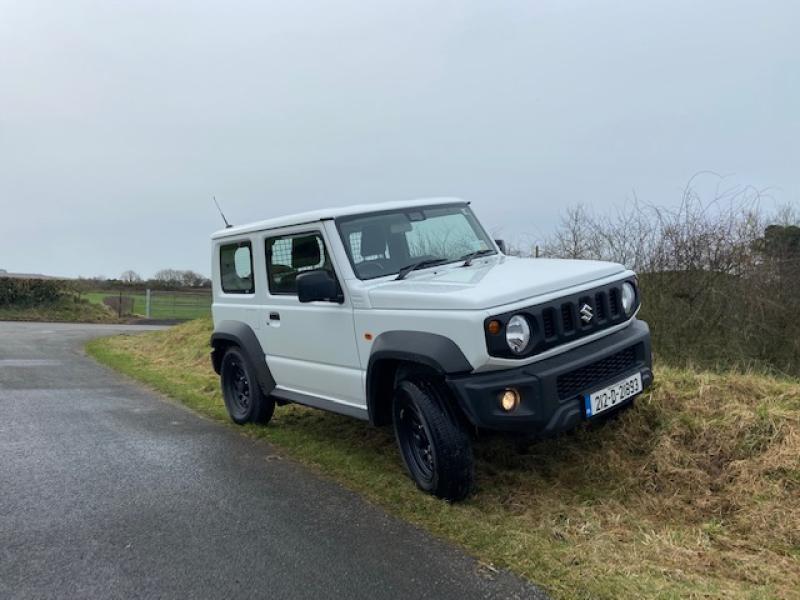 Suzuki are well known as producers of some pretty good small cars. So its probably no real surprise that their new Jimny 4x4 is, well…….small!

The Jimny is a small light commercial vehicle featuring selectable four wheel drive, real rugged off-road ability and two seats. Its built in the traditional fashion for a true 4x4 (as opposed to SUV’s which never really go off road) with a ladder frame chassis which gives great strength to the chassis.

So the little Jimny is not for families but ideally suited to work around a farm or building site where its compact design and real off-road ability will shine.

Its compact boxy shape will not win any style awards but then the dinky little Jimny is not competing for admiring glances. Its practical and functional.

Jump in and you are greeted with a pretty basic cabin, two seats, a 5-speed gearbox, electric front windows, road sign recognition, lane assist, air conditioning and stereo system. Thats about it. I found that the protective grill mounted between the rear seats and the load area was too far forward to allow me slide the seat back as far as I wanted resulting in my driving position being too close to the steering wheel.

The seats themselves are fine and visibility is pretty goo all round.

The load area is accessed via a side opening large rear door and boasts a flat floor for easy loading.

What's under the bonnet?

A 1.5 litre petrol engine driving the rear wheels or if selected all four wheels via the 5-speed manual gearbox. There is also a high and low gearbox  selector and electronic hill descent. Performance is acceptable and over my week behind the wheel it burned on average 6.4 litres of petrol per 100km.

One major issue for me was just how low geared 5th gear is resulting in a rather noisy experience while cruising on the motorway. At 120km/h its reving at 3,700rpm in 5th thus always feeling as if it really needs another gear.

The new Jimny is rather noisy at motorway speeds making long journeys more tiresome. However I don’t think buyers of this car will purchase it for that. Its more likely to spend time doing short distances around a working environment, and for that its ideal. It does get pushed around a bit in crosswinds, but it handles just fine albeit the steering feels rather imprecise an wooly.

However I took it off-road and it really shines here, traversing tough slippy terrain with consumate ease. This is what the Jimny is all about after all.

The little Jimny has a place! Its small, rugged, and has true off-road ability with a good sized load area. For many such as small businesses or those who need to access tricky terrain in the course of their work its just about perfect. Utilitarian and functional. Prices start at €20,995. 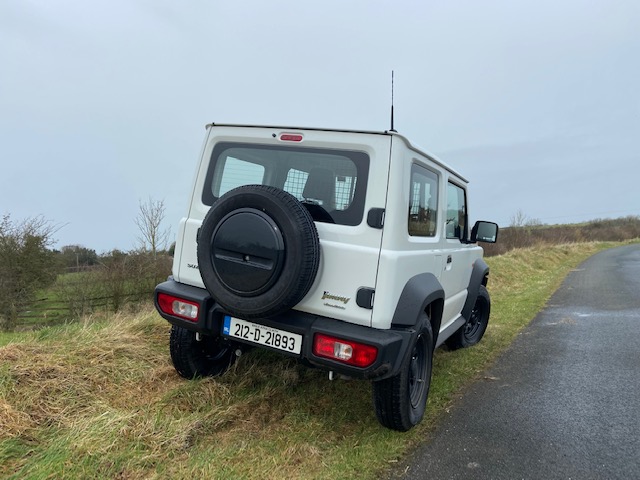